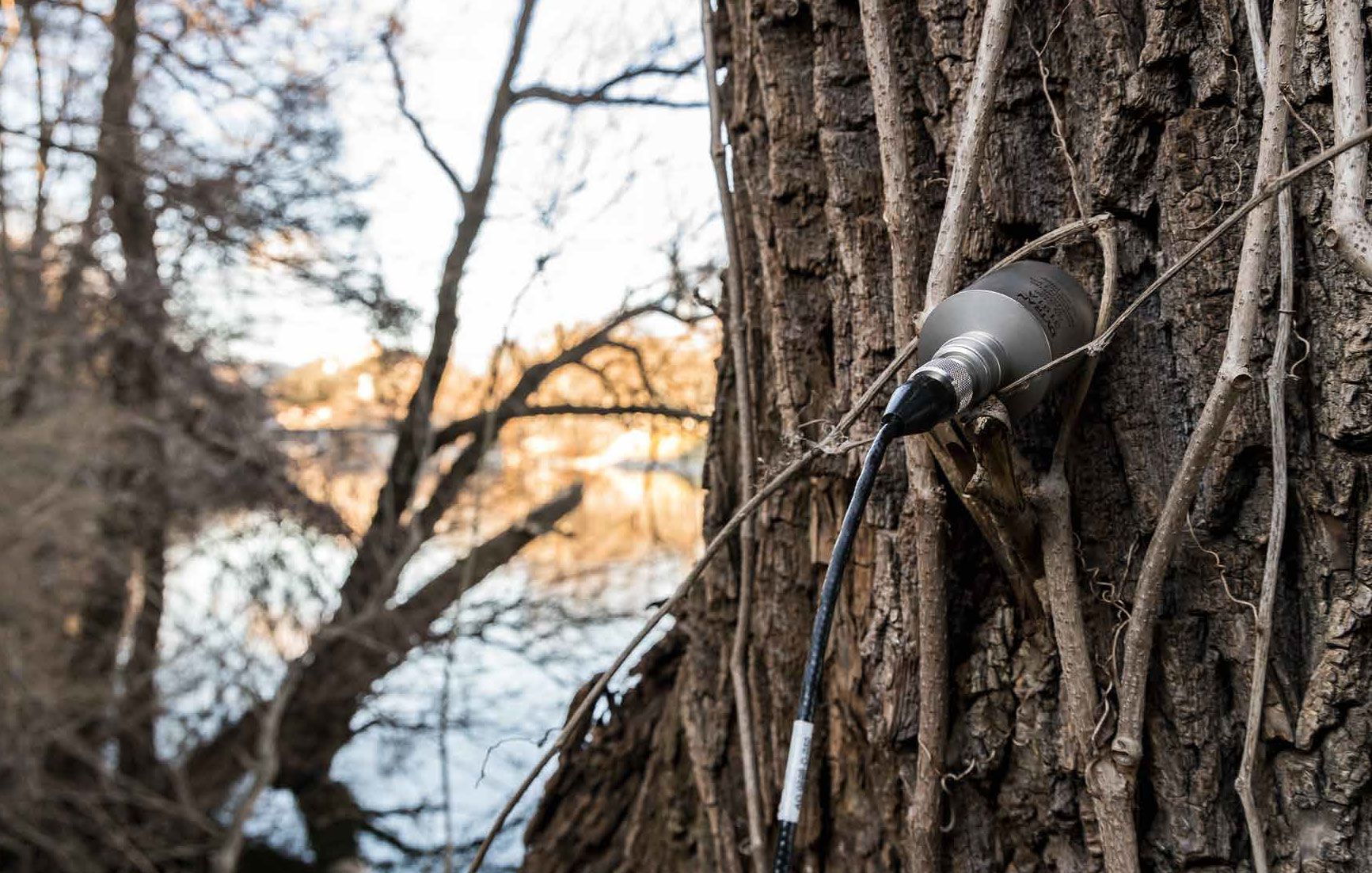 For another sound art project, the artist Bill Fontana attached an accelerometer to a tree along the Mur River in Austria to record the sounds a tree "hears"

The Blanton Museum of Art in Austin, Texas is opening the first ever museum exhibition space dedicated exclusively to sound art. Named after the Austin-based arts philanthropists Ernest and Sarah Butler, who made a $5m donation to the museum for the project, the Butler Sound Gallery will be a park-like outdoor space on the Blanton’s roughly 200,000sq. ft campus, right next door to the famed Ellsworth Kelly-designed chapel Austin. The sound garden is part of a campus-wide revitalisation project led by the Norweigan-based architecture firm Snøhetta and is expected to open to the public in 2022.

For the site’s first commission, the Bay Area sound artist Bill Fontana is working on a project that will investigate a number of “interesting and significant ecological and environmental situations in that region of Texas”. Guided by experts at the University of Texas at Austin, Fontana will travel to locations throughout the surrounding areas to source recordings. “The process of building a language for this piece involves a huge amount of field recordings,” he says. “Once all of those recordings are edited, they'll become like a musical vocabulary for the piece that will be living in that sound garden.” Fontana built a similar library for a permanent work he installed in Miami Beach’s SoundScape Park, in front of the New World Symphony building.

Fontana is due to begin recording in Texas this July, and his first trip will involve using a microphone that can pick up ultrasonic frequencies to capture the echolocation of bats. He plans to manipulate the audio so that these noises—which are otherwise imperceptible to people—can be heard by human ears. “The work will have many different colours and vocabularies of sound,” he says. “I'd like visitors there to feel like there's always something new to hear, but all of the sounds are related to each other and are part of this big tapestry.”

Fontana remarks that the opening of the world’s first major museum gallery donated exclusively to sound art is a “historical turning point”, noting that “sound art has been really on the periphery of acceptance in the art world. I hope this is the beginning of something that will influence other museums.” Fontana’s work is expected to remain installed for two years, and the Butlers’ donation will also create an endowment for future commissions of site-specific sound projects for the space.