With over 3000 works from 1178 artists, the online version of the 16th SP-Arte Fair is underway this week. This year, in addition to bringing over 130 art and design galleries to its virtual Viewing Room, the event will count on the participation of artists who are not represented by a particular gallery for the first time.

“It’s the democratisation of art,” says Fernanda Feitosa, the director of SP-Arte. “In our viewing room, galleries and collectives will be featured equally. Smaller, newer galleries as well as unrepresented artists will have as much space as the bigger, more traditional galleries and the more well-known artists.”

Democratisation of the art market, says Feitosa, also means reviewing the types of artists being presented at the fair. “With the recent social upheaval in the US and around the world, and talk about past injustices committed, the art segment is also having to revise and maybe repair the way it looks at our women artists, our Indigenous artists, our black artists,” she says, noting that many of the un-represented artists in this year’s event are part of minority groups.

The platform, therefore, is putting artists like Carla Santana, founder of the black, Indigenous and Asian women artists’ collective Levante Nacional Trovoa, side-by-side with renowned Brazilian painters such as Tunga and Ana Bella Geiger . The new model has been celebrated.

“Unrepresented artists never participate in these big, market events,” says Santana. “We never get an invitation. It is time for a change,” says Santana.

Adriana Coppio, one of the artists from another collective, Projeto Venus, created by art curator Ricardo Sardenberg, agrees.

“Art becomes more interesting. There are hundreds of talented artists who need spaces like these to show their work,” says Coppio.

Although there have been the participation of collectives and un-represented artists in other fairs in the past, such as ArtRio in 2019, this is a first for SP-Arte. 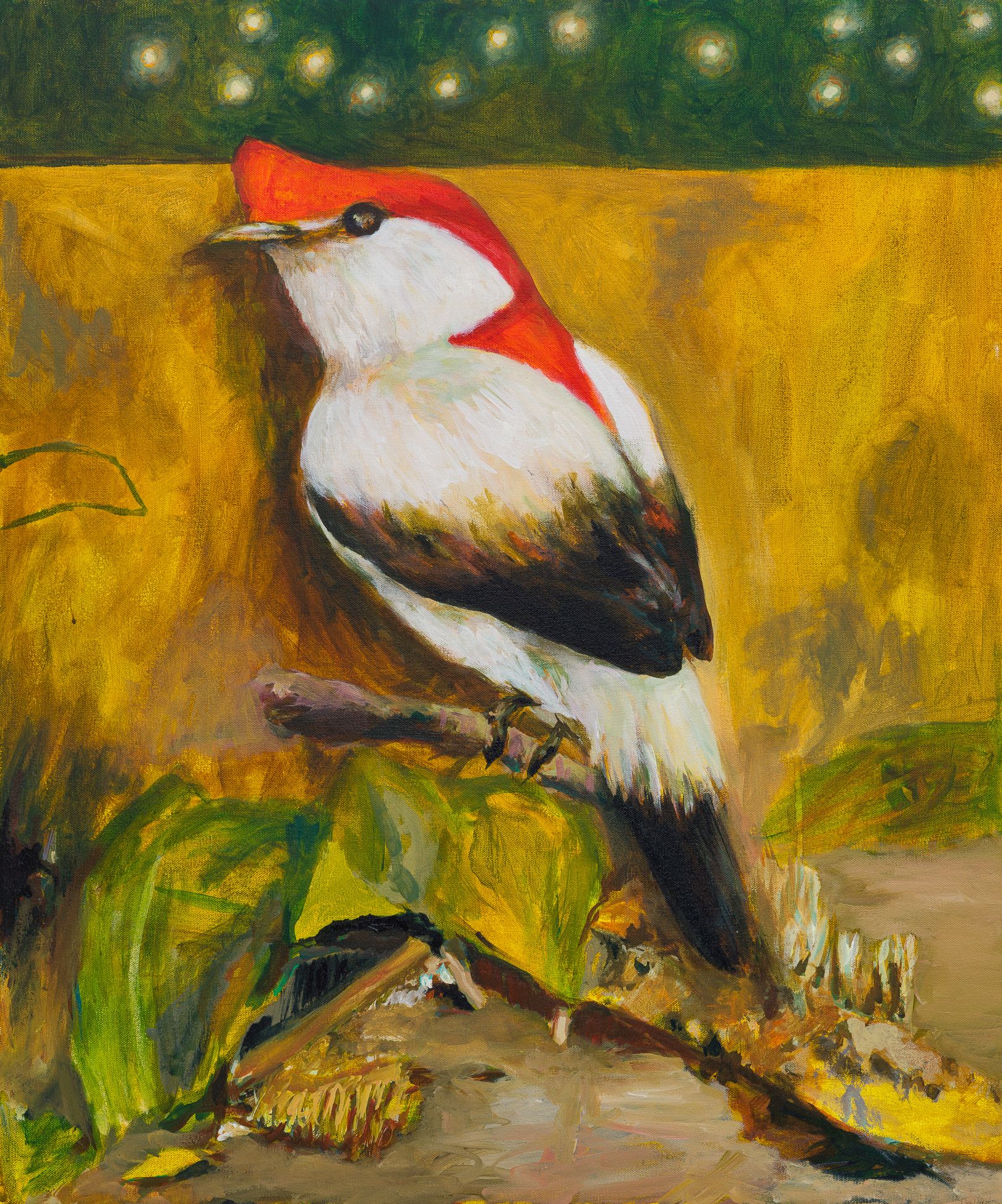 A painting by Adriana Coppio from Projeto Venus. Courtesy of Ricardo Sardenberg

“This is something I have been thinking about for a while. Before the cancellation of the physical fair, in April, we had already invited (collective) Plataforma 01.01 to participate in this year’s edition,” says Feitosa. “When we decided to hold the Fair online we thought ‘why not expand this democratization and allow other collectives to also participate?”

Three of the four collectives in this year’s SP-Arte focus on the work of minorities: Levante Nacional Trovoa has among its 60 plus members only minority women and transsexual women; HOA is dedicated to minority, Latin American, artists; and Plataforma 01.01 presents African and Afro-Diasporic productions. The fourth, Projeto Venus, is curated by Ricardo Sardenberg who chose young, un-represented artists to work with.

For Feitosa, the collaboration among artists in these collectives is essential to foment the art market. “We continuously need to rethink, reinvent and rejuvenate these types of events to reflect the on-going changes of the art market; to include more sub- and under-represented classes of artists. This experience is a way for artists who are not represented in the mainstream market, to find a broader audience for their work,” she explains.

Although traditional galleries are charged anywhere from R$3,000 to R$9,000 (approximately $530-$1600) for their viewing page, collectives are participating for free. Galleries are also expected to pay a percentage of its sales to the fair, while artists from the collectives will not be required to do so for their sales.

The response to the online event has been "incredible", says Feitosa. “We had in the first 24 hours over 32,000 visits. That is almost the total amount of visitors we received in the five days of the 2019 SP-Arte, which totalled a little over 36,000,” concludes the director.

Although as of Thursday morning artists from Levante Nacional Trovoa were still negotiating works and already had over 14,000 views on their page, Coppio, from the Projeto Venus, reported the sale of one of her paintings.