Spotlight on the harrowing image that shamed Trump 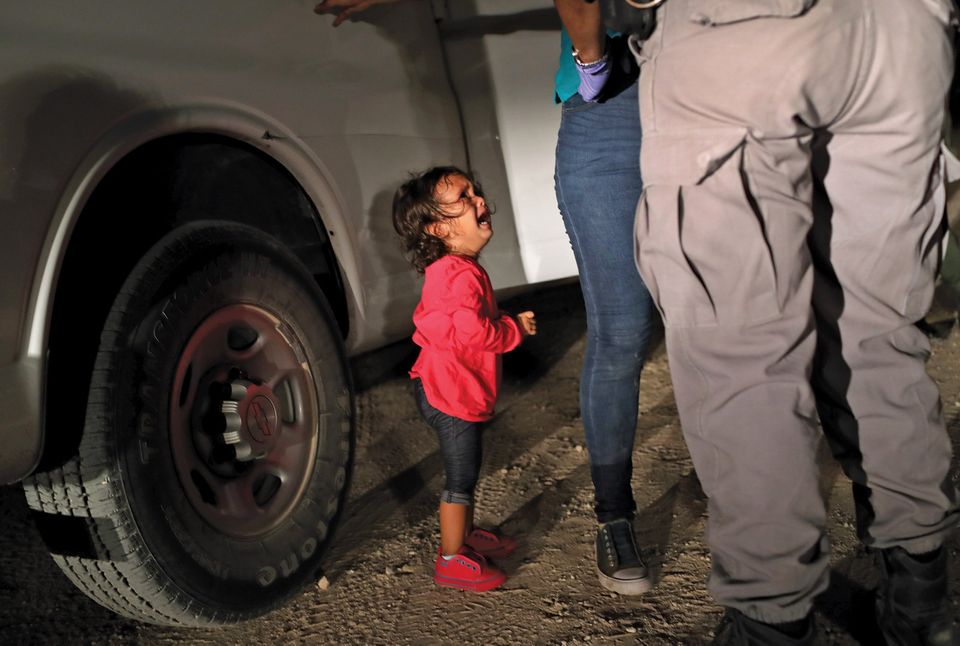 Amid the chaos and controversy created by US President Donald Trump’s “zero tolerance” immigration policy, which caused thousands of children to be separated from their parents at the Mexican border and sparked protests around the country this weekend, one image stood out: the Pulitzer Prize-winning Getty photojournalist John Moore’s picture of a two-year-old Honduran girl crying uncontrollably as she looks up at her mother being questioned and searched by US Border Patrol agents.

The photograph, which seemed to encapsulate the humanitarian and ethical crisis, was widely shared online. It was used in a viral Facebook donation campaign with the aim of reuniting families that raised more than $20m for the Texas-based non-profit Refugee and Immigrant Center for Education and Legal Service—the social media site’s largest single fundraiser ever. And Time magazine adapted the picture for its 2 July cover, pitting the anguished toddler against an unmoved Trump, with the headline: “Welcome to America”.

The power of Moore’s photograph is clear. But what is it that makes such pictures resonate? The Chilean-born, New York-based artist Alfredo Jaar sees parallels in the image of the Honduran girl, later identified as Yanela Hernandez, to the photograph of the body of a young Syrian boy who drowned at sea, known as Alan Kurdi or Shenu, washed up on the shore of a beach in Turkey. Both have become an “icon of the crisis”, Jaar says. What sets these pictures apart, and allows them to carry the emotional weight of the stories the photographers seek to tell, is their simplicity. “We talk about numbers, about the more than 2,000 kids separated from their parents. But that remains an abstraction,” Jaar says. “An image has to reduce that scale to a specific story with a face, with a name. That’s where empathy can take place.”

The widespread dissemination of such images also shows how photography can sometimes serve as a universal translator. “You don’t need to speak any shared language to understand what’s going on,” says Erin Barnett, the director of exhibitions and collections at the International Center of Photography in New York. “We communicate so much now with images. When you have one that can break through all of the noise of visual culture, that can really be a policy-changer—and a heart-changer—for many people.”

Perhaps that is why political action often follows these kinds of images, even when it has long been stalled. After the photograph of Alan Kurdi was published, it took only two days for Germany to announce it would take in refugees stranded in Hungary. And, as Barnett points out, a 1961 photographic series by Gordon Parks for Life magazine, which sensitively portrayed a boy named Flavio da Silva and his family living in a Rio favela, helped raise hundreds of thousands of dollars, some of which was used to build a drainage system and a medical clinic in the community.

Just days after Moore’s photographs appeared in the media, President Trump reversed the hardline policy he once claimed was out of his control, issuing an executive order that would stop further forced separations. The administration’s promise that it has a plan for the more than 2,000 children already taken from their families, sometimes sent to foster homes scattered across the country, or whose parents who have been deported, has been met with scepticism, however.

“It has been said that there were one or two photographs that stopped the Vietnam War, and I believe that,” Jaar says. “Images still have that power.”