The city’s prime time for contemporary art gets a new programme, with an emphasis on discovery and depth

The Armory Show is under new direction and Nada has bumped its New York edition from May to March, while the mid-market Pulse fair, which originated in Miami, has closed its Manhattan edition, opting instead for a year-round series of events. Facing stiff competition—with dates coming hot on the heels of Arco Madrid and just before Art Dubai and Art Basel in Hong Kong—the New York market seems to realise it must innovate to remain relevant, but each fair is formulating its own answer to that challenge. 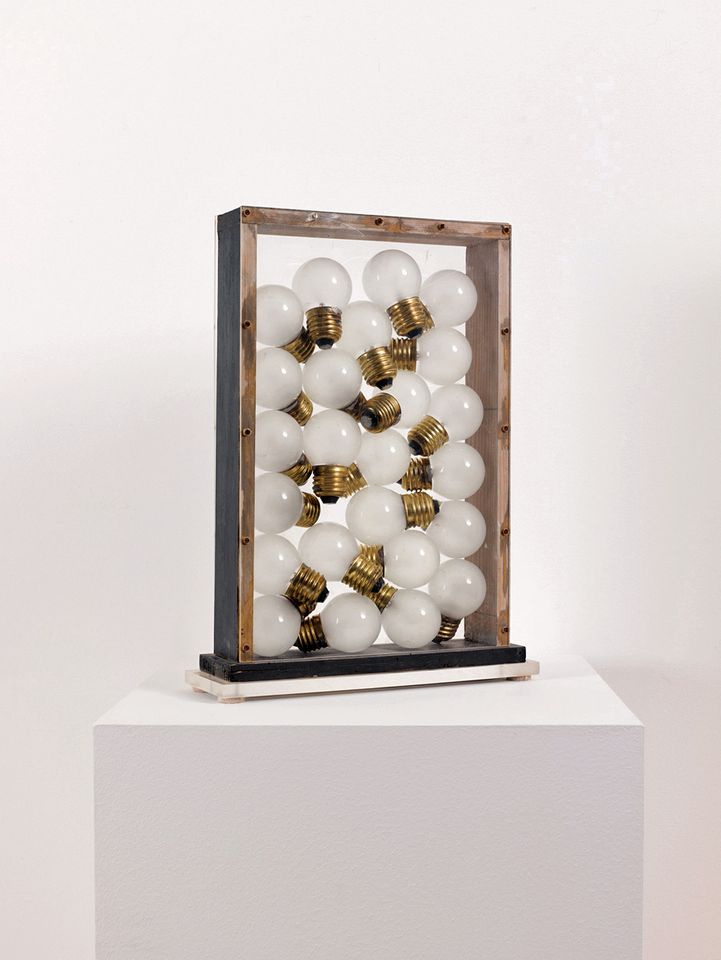 While some fairs are going bigger, the Art Dealers Association of America (ADAA) show, married as it is to its venue, is going in the opposite direction. The more intimate setting spurs galleries to use their booth as a venue for more experimental, single-artist presentations with a premium on freshness.

Sean Kelly, who will show paintings and works on paper by the Belgian artist Ilse D’Hollander (who died, aged 29, in 1997), many of which have not previously been seen or exhibited in the US. Marian Goodman will hang her booth with an array of quiet paintings by the under-shown 77-year-old Italian Minimalist Ettore Spalletti.

According to the ADAA president Adam Sheffer (who is also the sales director and a partner of Cheim & Read), one advantage of focused presentations is that galleries “use The Art Show as an extension of [their] exhibition programme”. Single-venue dealers can essentially “fit in one more solo exhibition over the course of the year by offering an artist this opportunity”. Furthering the shift in recent years toward contemporary art, among the new recruits for this year’s edition are Paula Cooper Gallery, returning after an absence with fresh work by Kelley Walker, and Casey Kaplan, who is showing new abstractions by Sarah Crowner. 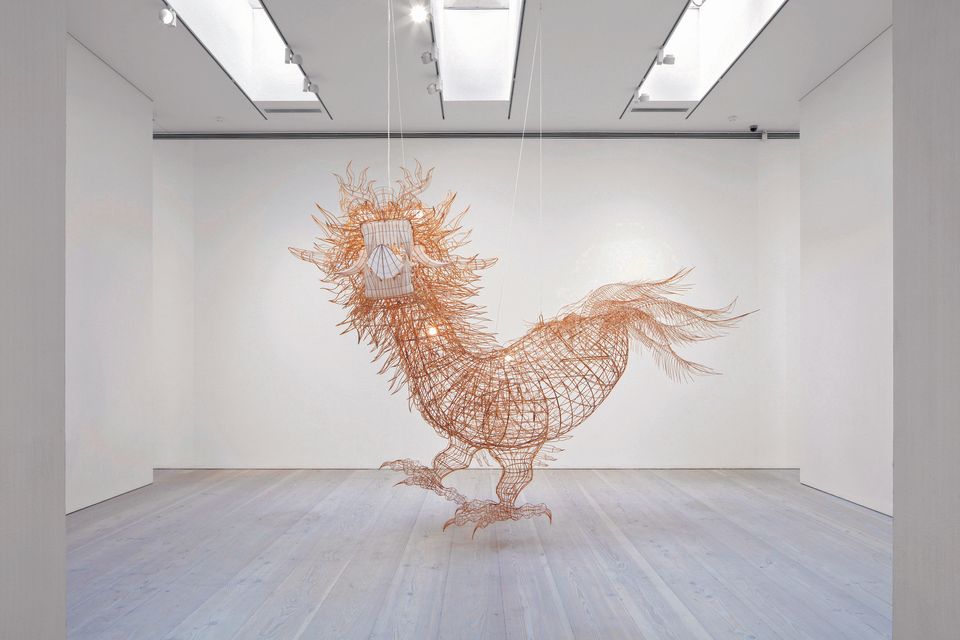 For the first edition of the Armory Show fully under his control, Benjamin Genocchio (who was appointed director in December 2015) has made some sweeping changes—all aimed, he says, at putting the focus back on the art.

Gone is the Modern versus contemporary divide that previously characterised the fair’s layout on Piers 92 and 94. Instead, a sector called Insights will feature art made before 2000 in solo, two-artist and thematic presentations. The full exhibitor list of 209 international galleries includes 71 that are new or returning after an absence, including heavy hitters such as Jeffrey Deitch, Lévy Gorvy, Pace Gallery and White Cube; incubators of emerging talents such as Various Small Fires and Galerie Fons Welters; and a strong contingent from Asia, including Tang Contemporary Art and Vitamin Creative Space.

A new sector of large-scale installations called Platform will feature site-specific works, including an 11-piece sculpture commission by Yayoi Kusama. The fair’s Focus section, previously with a geographic hook, now pivots around an invited curator’s theme; the first—What Is To Be Done?, chosen by the Los Angeles County Museum of Art’s Jarrett Gregory—will showcase works by Deana Lawson, Teresa Margolles and Anna Titova, among others.

“New York is about experimentation and bold moves, and the fair reflects that,” Genocchio says. “Dealers want to bring challenging and exciting work because they know the New York audience has the appetite.”

The Upstarts Art on Paper

The third instalment of the fair devoted to drawings, paintings, prints, photographs, sculptures and editions returns to its East River perch. Last year saw a spike in attendance that may be attributable to the fair’s appealing mix of smaller-scale work by major names (Richard Serra, Polly Apfelbaum) and new discoveries at approachable price points. This year’s expanded edition features 85 mostly US exhibitors, with newcomers including Traywick Contemporary, of Berkeley, California, and Jonathan Ferrara Gallery, of New Orleans, joining returning exhibitors such as Dolan/Maxwell of Philadelphia and Sasha Wolf Projects of New York. Highlights include the Pop Art print Crushed Heineken Can (2016) by Gavin Turk, offered by Other Criteria for $1,300, and portfolio prints by Alex Katz ($20,000-$24,000) at the Richard Levy Gallery. 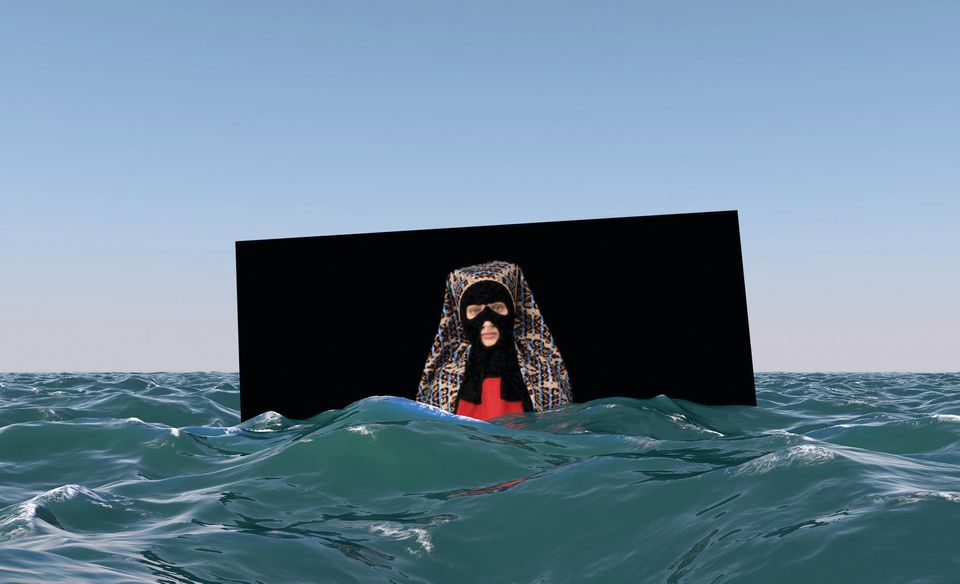 Elektra KB, Bodies of water: Body as a Prison/Prison as a Body (2016). Courtesy the artis

Distinguished by its curator-driven selection and relaxed attitude toward commerce, the sixth edition of the Spring/Break Art Show will sprawl across the former offices of the Condé Nast publishing house. Founders Ambre Kelly and Andrew Gori have gathered more than 150 curators to select 300 artists to respond to this year’s theme, Black Mirror, which explores visual manipulations of self-representation and the omnipresence of surveillance. The curator Larry Walczak has organised a space filled with photographs by Phil Buehler that address the role of spectatorship in US politics, while Joyce Chan chose a series of paintings by Debra Zechowski based on family snapshots that show a pre-gentrification Brooklyn and document evolving social stratifications. 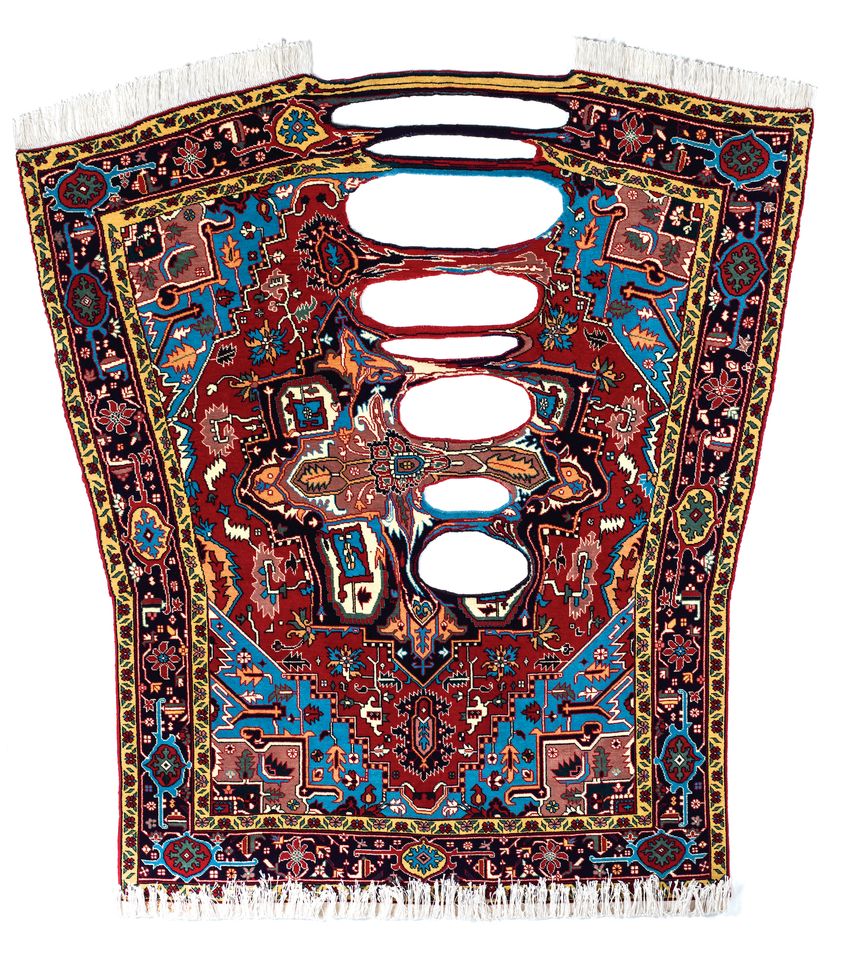 The Swiss import from Basel has taken root, and Volta NY is celebrating ten years in Manhattan. Servicing mid-tier galleries somewhere on the continuum between emerging and established, over the years the fair has settled on a solo-project booth format that the artistic director Amanda Coulson likens more to a studio visit than to a trade show. “I wanted it to have a focus,” she says. “It’s still about discovery, but not about youth.”

Coulson, who is also the director of the National Art Gallery of the Bahamas, has used the fair to bring art from the commercial fringes to a larger audience. She says that her exhibitors are “not all strictly galleries—some of them are artist-run spaces” that would be rejected by other fairs. As a result, the 96-exhibitor line-up has a markedly international flavour, with Project ArtBeat of Tbilisi showing Lado Pochkhua, Whatiftheworld of Cape Town showing Mohau Modisakeng, and ARTLabAfrica of Nairobi, showing Beatrice Wanjiku.

Comparing Volta NY with the Swiss fair, Coulson says, “Basel’s very much about buying, but New York has always been a little bit more critical”—hence the inclusion of a curated exhibition (this year’s, Your Body Is a Battleground, is selected by Wendy Vogel). “We have our niche and that’s where we’re happy,” Coulson says. “The real question is, how do you grow older and not look like the old guy at the disco?”

The Nada fair’s move to March could test the Independent art fair, which in the past has drawn from a similar field of galleries. However, with Independent’s expansion into Brussels and a venue upgrade from Chelsea to an industrial-chic space in Tribeca last year, the fair is poised to take on a distinct identity as a critical lens on recent history.

“From its inception Independent has sought to consider what we think of as the ‘contemporary’,” says the fair’s co-founder Elizabeth Dee, who notes that a marked number of galleries “will focus on practices that crystallised in the 1980s—practices that continue to resonate to this day”.

Barbara Bloom’s 1981 mock travel posters, at David Lewis gallery, could not feel more relevant to airport protests over President Donald Trump’s attempted travel ban, while Invisible-Exports gallery is also turning to the Pictures Generation with new works by Anne Doran informed by her consumerist collages from the Reagan era. Garth Greenan Gallery will take the historical theme even more literally with a restaging of the Howardena Pindell room from the curator Alanna Heiss’s famous Rooms exhibition of 1976, which was the first major show to be held in the PS1 Contemporary Art Center’s permanent location, in Long Island City. Pindell’s Video Drawings (1974-76) are actually chromogenic prints, trenchant silhouettes of found media.

Since its inception in 2012, the Nada fair, sponsored by the New Art Dealers Alliance, has always coincided with Frieze New York, in May. This year, however, organisers have bumped up the dates, taken up residence near Pier 40 on the Hudson River, and added 25% more exhibitors, for a total of 100, 30 of which are making their Nada debuts.

The eclectic mix of exhibitors ranges from favourites of Nada’s Miami Beach fair, such as Moran Bondaroff of Los Angeles (showing Jacolby Satterwhite, whose chaotic CGI-heavy videos have been translated into dramatic C-prints); to avatars of the upstate art renaissance in Hudson, New York, such as Jeff Bailey Gallery (featuring work by Brenda Goodman, currently enjoying late-career recognition); and False Flag, of Long Island City, with work by the blind sculptor Emilie Gossiaux.

“We have a great mix of young, mid-career and long-running galleries, and aim to be, first and foremost, open and affordable and to provide a supportive space that might not otherwise exist for any gallery looking for an exchange of this kind,” says Nada’s executive director Heather Hubbs. “We also distinguish ourselves as one of the few non-profit art fairs.” For this edition, the fair has declared that half of the proceeds from ticket sales will be donated to the American Civil Liberties Union, which has busily defended free speech and immigrants’ rights in 2017.