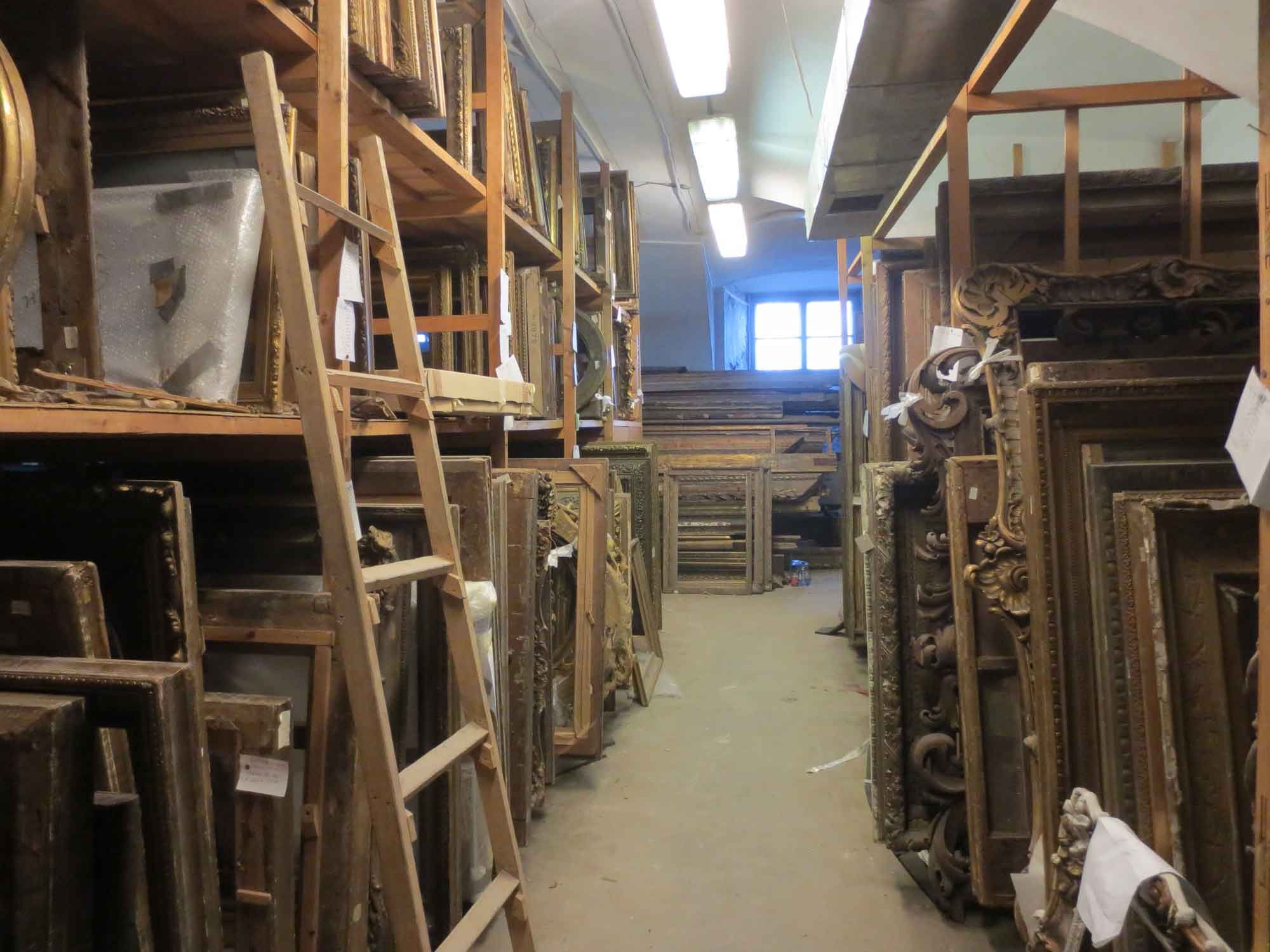 Thousands of antique frames are stored in the basement of the State Russian Museum in St Petersburg, but are officially classified as near-worthless "supplies" rather than museum objects

Staff at the State Russian Museum in St Petersburg are raising the alarm that thousands of antique picture frames in storage are at risk from mould and mismanagement.

Forty-five staff members have signed a letter warning the museum’s director, Vladimir Gusev, of the urgent need to preserve the frames, which was published by the St Petersburg magazine Gorod 812 in April. “Many of the frames are never displayed, since they are in a critical condition due to extremely poor storage conditions,” according to the staff appeal, resulting in the “destruction of the works and the emergence of mould on them”.

The curator Oksana Lysenko tells The Art Newspaper that museum management began classifying picture frames as near-worthless “supplies” rather than artistic objects in 2018. Only 1,500 frames are expected to be re-listed in a fresh inventory, she says, among more than 8,000 identified in a museum ledger dating back to the 1950s.

Lysenko says that the decision to downgrade tsarist-era frames to the status of supplies—worth one ruble each—means they can be stored “in any condition, literally like mops”. Furthermore, the museum does not have to report missing frames to the Russian culture ministry since they have been assigned such little monetary value and have not been recorded in the national digital registry of museum objects. Lysenko estimates that 800 frames are entirely missing. “When I tell my colleagues about this, they ask, how is this possible in the Russian Museum?”

More than 2,000 frames remain in the basement of the Mikhailovsky Palace, the museum’s main building, according to Lysenko. Some were moved to better facilities in preparation for a controversial refurbishment of the palace, but Lysenko says the process has now virtually ground to a halt. (The construction project was cancelled by a court ruling in June 2019 but that was subsequently overturned by another court this June.) Photographs of the basement, seen by The Art Newspaper, show elaborate but damaged frames propped on the floor or crammed together on shelves.

On 2 July, museum management posted a lengthy rebuttal on the Russian Museum's website, shifting blame to Lysenko and stating that the basement storage is due for modernisation in 2021-22. Two staff members wrote in the statement that they are withdrawing their signatures from the letter to Gusev. Lysenko, in a response published by Gorod 812 on 15 July, compared the museum’s denunciation to a Soviet-style meeting. 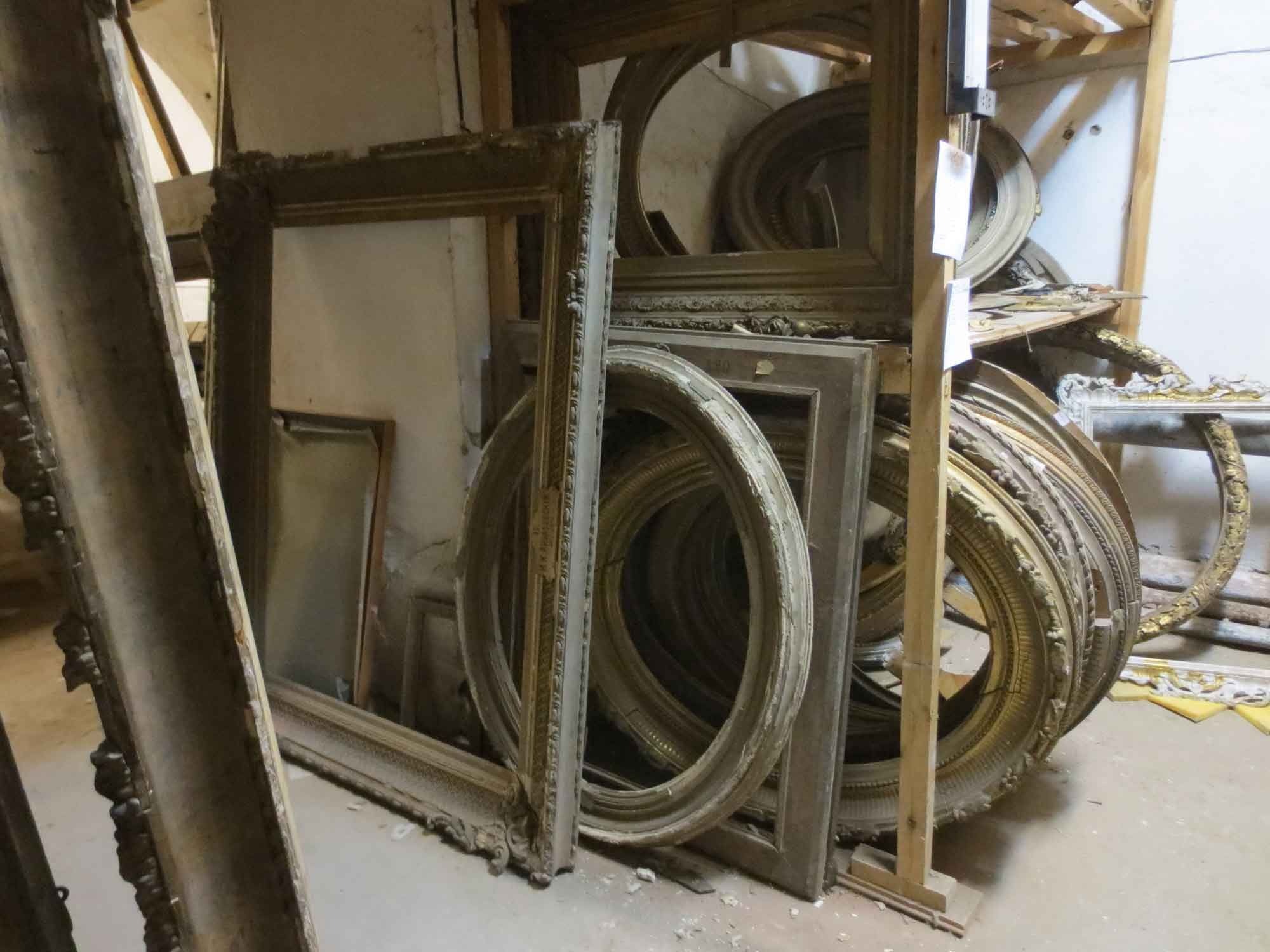 Museum management had allowed Olaf Lemke, a frames expert who runs Antike Rahmen gallery in Berlin, to visit the collection several years ago. He says that “there were some very interesting and rich antique frames” and “great potential” for the collection, but the museum’s inadequate storage conditions must be addressed.

“To work with frames professionally, it is important to not only restore and preserve them, but to store them in a ‘healthy’ way,” Lemke says. For example, they should be hung instead of placed on the floor, in an environment with no more than 60% humidity. “The different finish of frames in gold, silver, painted colours, horn, tortoiseshell and so on will suffer and be destroyed under high humidity,” he says.

Russian art historians have only recently considered frames a subject of study, Lysenko notes, unlike in Europe where the 19th-century German museum director Wilhelm von Bode positioned them as an art form. Lysenko staged an exhibition of historic frames at the State Russian Museum in 2005. In November 2019, she organised the first international conference on frames in Russia.