Pushkin director turns her office into a surreal art installation 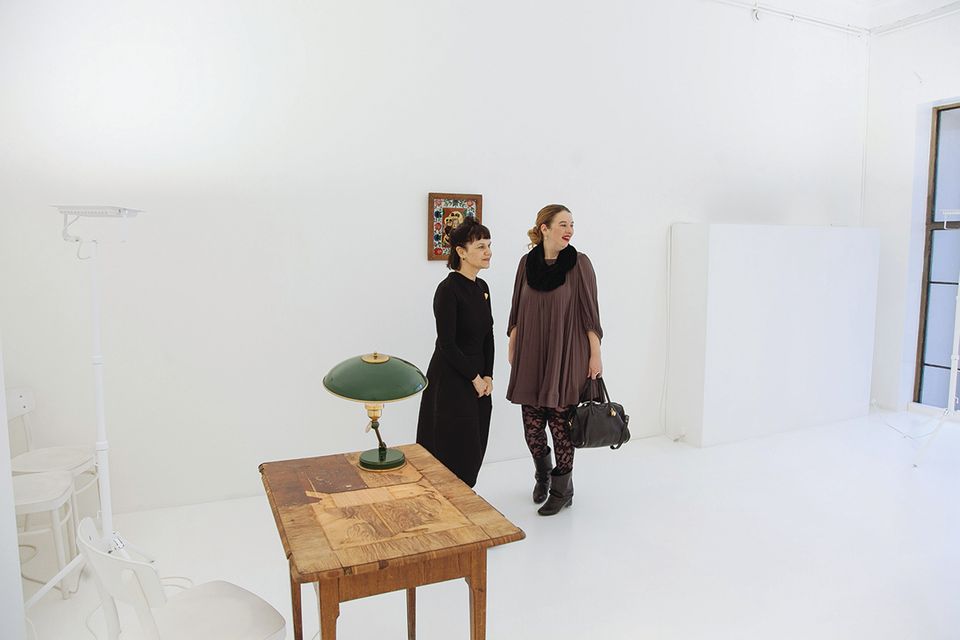 Pushkin director Marina Loshak in her office, now a surreal installation by Alexander Brodsky Courtesy of the Pushkin State Museum of Fine Arts

The offices of museum directors are often treated like inner sanctums. Not anymore: in Russia, Marina Loshak, the head of Moscow’s Pushkin State Museum of Fine Arts, is shaking things up.

Earlier this month, Loshak opened up her office as an art installation that will host members of the public on appointment, as well as international museum directors. Klaus Albrecht Schröder of Vienna’s Albertina and Bernard Blistène of Paris’s Centre Pompidou are already scheduled to take up residence for a day. Their visits, including talks on the Pushkin’s massive renovation and expansion, will be filmed as part of the project, known as The Director’s Office.

A new installation will be unveiled every three months. The first has been designed by the architect and artist Alexander Brodsky, who has divided Loshak’s stately office, known for its 7m-high ceiling, into two storeys.

The upper level is a blindingly white “meditative space” for philosophical discussions, Loshak says. The surreal atmosphere is amplified by the chandelier on the floor and a lone desk. A Ukrainian painted glass icon and a vintage Soviet dress, both Loshak’s, hang on the wall.

“No museum, with any kind of collection, can turn into a shrine,” she says of the initiative. “There must be movement.” She says she will continue to work and hold meetings in the installation while visitors come and go.