Strikes hit France: here are the museums that are affected

Several institutions have closed, others have cut back their opening times as protests against Macron's retirement reforms sweep the country 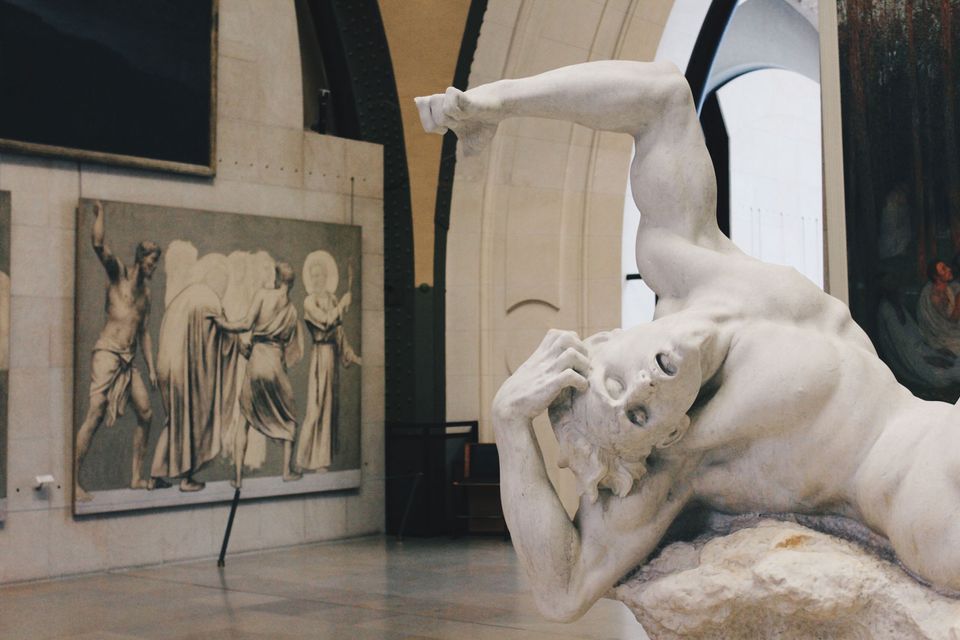 As national strikes and protests against President Emmanuel Macron's retirement reforms sweep through France today, numerous museums in Paris have been affected. Some have closed entirely, others have closed some exhibitions or shortened their opening hours.

The Palais de Tokyo and the Musée Guimet dedicated to Asian arts are both closed. At the Louvre, the Leonardo da Vinci exhibition is accessible to visitors who have bought advance tickets but some of the museum's other rooms are closed.

Meanwhile, the Musée d'Art Moderne de la Ville de Paris is only open for the Hans Hartung exhibition; its other exhibitions and galleries are closed.

Only 3-10% of trains are circulating today, although 30% of metros are meant to be operating at peak hours. A demonstration led by several unions is planned this afternoon in Paris, from the Gare du Nord train station to the Place de la Nation, via the Place de la République. Thousands of riot police are being deployed to the protest.

The strikers believe that they would lose out financially if the retirement reforms are implemented. Teachers, nurses, firemen, agricultural and transport workers are believed to be among the various sectors affected. The strike is a further blow to Macron's presidency since the 'Yellow Vest' protest was revived on its first-year anniversary last month.

At the Musée des Arts Décoratifs, only the temporary exhibitions, Moderne Maharajah (on the Maharaja of Indore's patronage of the arts in the 1930s), Marche et démarche (history of shoe-wear) and Affiches cubaines'(Cuban posters from the 1960s-70s) are open until 4.45pm (rather than until 9pm normally on Thursdays). The permanent collections are closed. The Musée Nissim de Camondo, which houses 18th-century decorative arts and belongs to the same institution as Musée des Arts Décoratifs, is also closed today. The Centre Pompidou is open for the Francis Bacon and Christian Boltanski exhibitions only and will close at 6pm, rather than at 11pm.

Not only Paris is affected. The Musée d'Art Contemporain de Lyon, the main site of the Biennale de Lyon, is closed but the Usines Fagor—a former industrial site also hosting part of the biennial —remains open.

However, the following museums are all maintaining their opening hours: the Jeu de Paume, the Maison Européenne de la Photographie, the Musée Rodin, the Musée Maillol and the Musée Jacquemart-André (all in Paris), as well as the Musée du Louvre-Lens, the Centre Pompidou-Metz, the Mamac in Nice and the Mucem and MOCO Hôtel des Collections in Montpellier.

CORRECTION: This article was amended to reflect the Centre Pompidou's new opening times. It will not be closed today as previously stated.

UPDATE: The French train strike is continuing Friday and, consequently, the Grand Palais has chosen to close the exhibition on El Greco but to open the one on Toulouse-Lautrec. The Musée d'Orsay and the Musée Picasso are also closed today. Clashes between protesters and riot police on the Place de la République turned violent, with numerous Molotov cocktails exploding.

UPDATE: The Palais de Tokyo will be open from 12 to 7pm Friday (not until midnight, as usual). The opening hours of the Musée d'Orsay are “uncertain” on Friday. Between 806,000 (according to the Interior Ministry) and 1.5m (according to the CGT union) protested in France today, making it one of the biggest demonstrations of the past decade.