Susan Rothenberg—painter who shifted the art world away from minimalism—has died, aged 75

Using horses as a central motif, the artist broke down the figure in her canvases to explore emotional expression 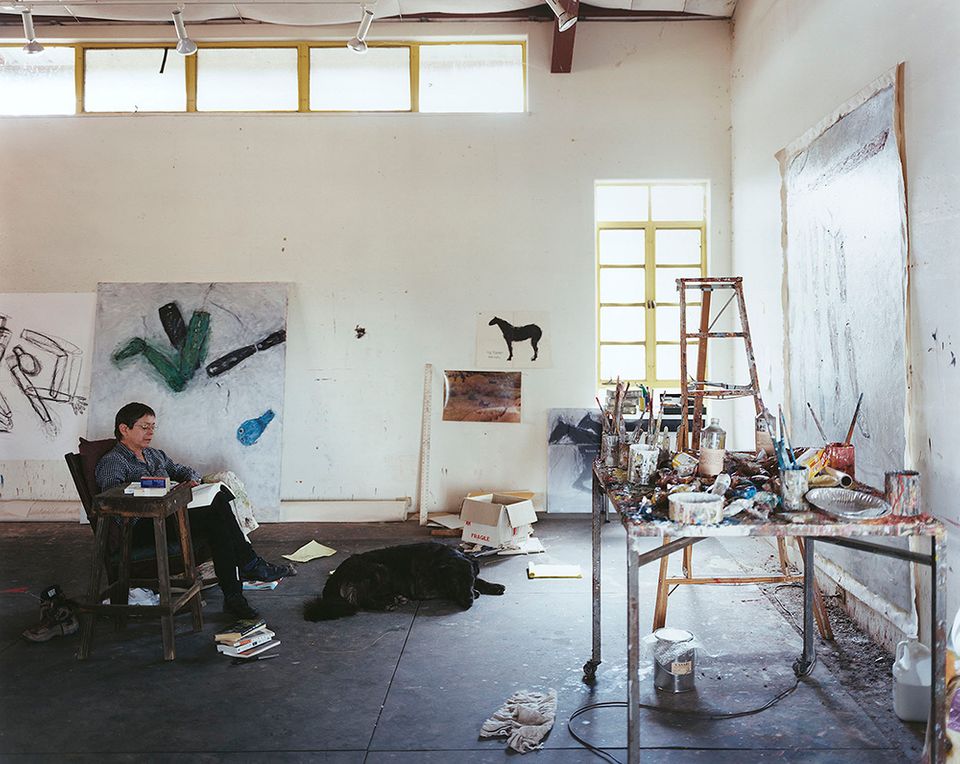 Susan Rothenberg, the painter who came to prominence in the 1970s with her bold, gestural canvases of glyph-like figures and animals, has died, aged 75. The death was confirmed by her longtime gallery Sperone Westwater, though a cause of death has not yet been made public.

After studying sculpture at Cornell University in the 1960s, Rothenberg moved to New York City where she worked with performance artists and dancers, collaborating with Joan Jonas and others. In an interview with the television series Art21 in 2005, she says that eventually she “started making more paintings, trying to figure out my identity,” adding, “when I stumbled on the horse I went, okay, this can be my Jasper Johns flag. This can be nothing to me because I don’t like horses. I can draw a line through it and make it flat, I can take all the things that I’ve learned in the last couple years and negate painting as much as possible in terms of illusionism, shadow, and composition.”

Rothenberg’s 1975 solo show at 112 Greene Street, in which the artist displayed three large paintings of horses, was heralded as a brave departure from the Minimalist methods that dominated the SoHo art scene at the time. For the next five years, Rothenberg focused on this equestrian motif. A 1976 show of such paintings was heralded by the New York Times critic Hilton Kramer, who wrote: ''It is the quality of the painting that is so impressive, the authority with which a highly simplified image is transformed into a pictorial experience of great sensitivity and even grandeur.” One painting from that year eventually made it into the Obama White House. This series led to her inclusion in the pivotal 1978 show New Image Painting at the Whitney Museum of American Art. 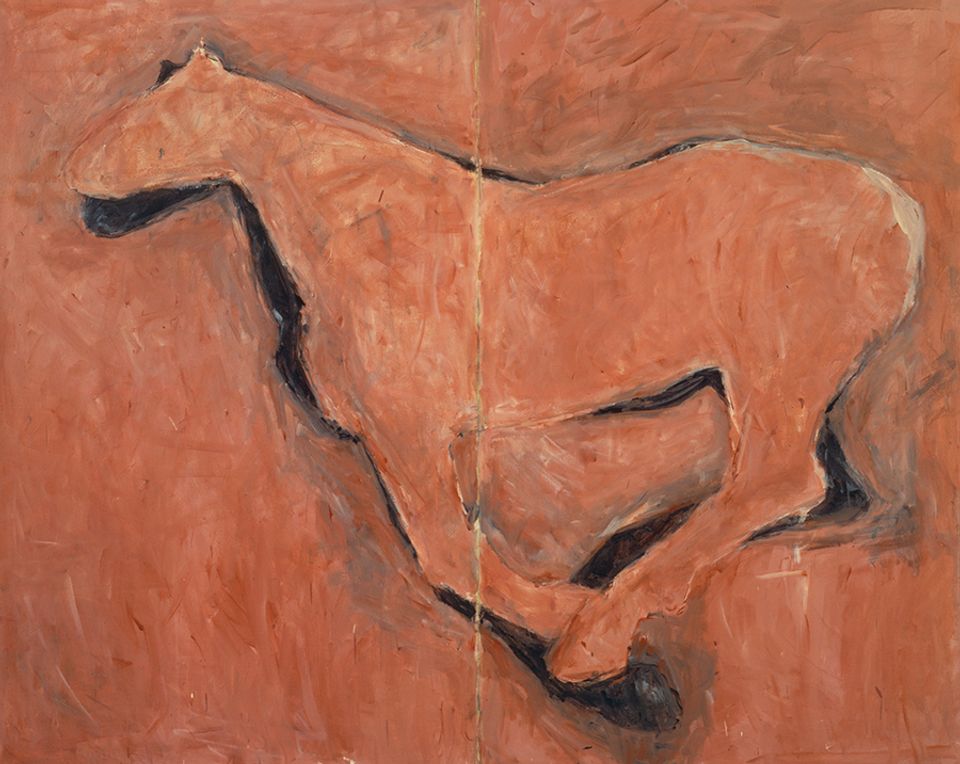 In 1989, Rothenberg married the conceptual artist Bruce Nauman, and the following year the couple moved to a 750-acre ranch in rural New Mexico, where they continued to work and live for the rest of their careers. “If you don’t know what you’re doing out here in the South West, in this kind of isolation, if you don’t understand that you’re supposed to have work and a purpose to every day, you’re going to float off into the stratosphere or move very quickly back to an urban center,” says Rothenberg in the video interview.

“For Susan’s generation, raised on abstraction, representing the human figure was not a practice one undertook lightly. It required daring and resolve,” says Angela Westwater, the co-founder of the Sperone Westwater gallery. “She started with horses but gradually began painting fragments of the human body. Subsequently, she sought subject matter eliciting an emotional response and suggestive of the human condition. Susan had soul.”