On 28 October, after publication of this article, a spokeswoman for the National Gallery of Art in Washington, DC, told The New York Times that the Philip Guston exhibition would be delayed until 2022-23, not 2024 as originally estimated. 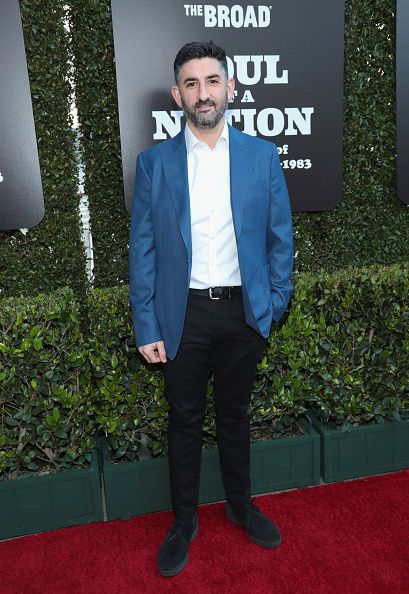 Mark Godfrey, senior curator of international art at Tate Modern, has been suspended © Photo by Rich Polk/Getty Images for The Broad Museum

Tate has suspended the curator of its Philip Guston exhibition after he publicly criticised the gallery’s decision to postpone the show.

According to three sources close to the museum, managers took the decision to discipline Mark Godfrey, a senior curator of international art, after he raised objections on social media to the deferral of Philip Guston: Now, a major show which was due to include around 125 paintings and 70 drawings from 40 public and private collections.

“If you work at Tate, you are expected to toe the party line,” one source says. “There is very little tolerance for dissent and an increasingly autocratic managerial style,” says the source who asked not to be named for fear of reprisals.

On 21 September, the institutions that were to host the travelling Philip Guston exhibition this year and next—Tate, the National Gallery of Art, Washington DC and the Museums of Fine Arts in Houston and Boston—issued a joint statement explaining their decision to halt the show because of “the racial justice movement that started in the US” following the death of George Floyd “until a time we think that the powerful message of social and racial justice that is at the centre of Philip Guston’s work can be more clearly interpreted”.

The concern is that Guston’s depictions of cartoonish Ku Klux Klan figures could offend some visitors to the show. 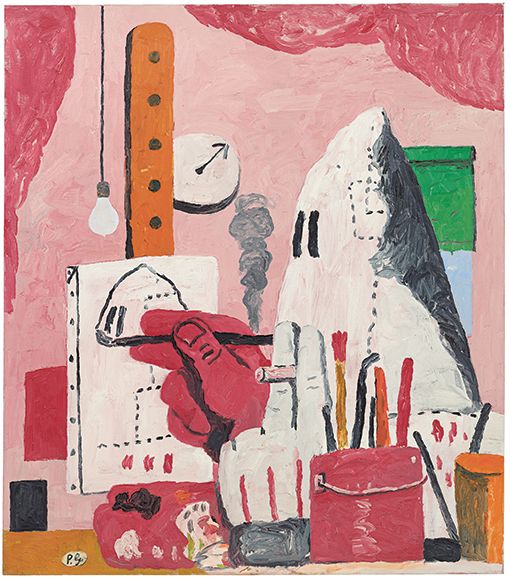 Four days later, Godfrey posted a lengthy statement on his instagram account which called the decision “extremely patronising to viewers, who are assumed not to be able to appreciate the nuance and politics of Guston’s works.”

The artist “was appalled by the rightwing turn in America and wanted to reflect on white supremacy: how evil is concealed by hoods, how evil might succeed through its banality,” Godfrey wrote. “But he also felt compelled to imagine himself behind the hood. Can one be white in America and remain untarnished by such forces, he asked.”

Godfrey also challenged the suggestion that the postponement would allow curators to add additional context to Guston’s work. “When the curators of Philip Guston Now began work on our retrospective four years ago, we all felt that the works featuring the Klan had to be addressed anew. This first meant bringing new voices and perspectives into the catalogue” including texts by African-American artists Trenton Doyle Hancock and Glenn Ligon.

Sources say Godfrey is expected to return to his job at the end of his suspension.

The episode sets a dangerous precedent says Robert Storr, professor of painting at Yale School of Art and author of a recent Guston monograph. “Museums are forums where people come together to discuss ideas and to agree and disagree. If Tate can’t even do this internally, then the whole thing breaks down.”

“Mark Godfrey displayed genuine, principled courage in speaking up about a mess made in Washington, DC by a museum director who misunderstood every aspect of the issues before her. His essay for the Guston catalogue is a fantastic, nuanced contribution to the field. He goes further into Guston’s Jewish ethnicity than anyone else. It’s a landmark piece of writing,” Storr says.

“Tate is going to need curators of Godfrey’s calibre to steer itself out of the mess it is in,” Storr says. The museum should embrace such people, not ostracise them, he adds.

As for the Guston show, Storr fears it may never happen because of the controversy over its postponement, although the National Gallery of Art recently announced it would move the exhibition up to 2022, instead of 2024 as originally planned.

“It’s been tainted; it may be doomed. Collectors may no longer want to entrust their works to an already controversial show where specific images have been targeted by museum leadership. The curators may have difficulty getting the works they need and a differently configured group could cheat the public.”

• For more on the Guston controversy, listen to our podcast What does the Philip Guston delay tell us about museums and race?

• To hear Robert Storr speak about his book on Philip Guston, listen to This is America: Grayson Perry on race and class and for an extract from the biography, see Philip Guston’s fascination with the ‘funnies’ was key to developing his distinctive later style