Some US museum staff will apparently not attend the 33rd edition of the Dutch fair this week, while many galleries remain defiant in the face of a "tough" fair ahead 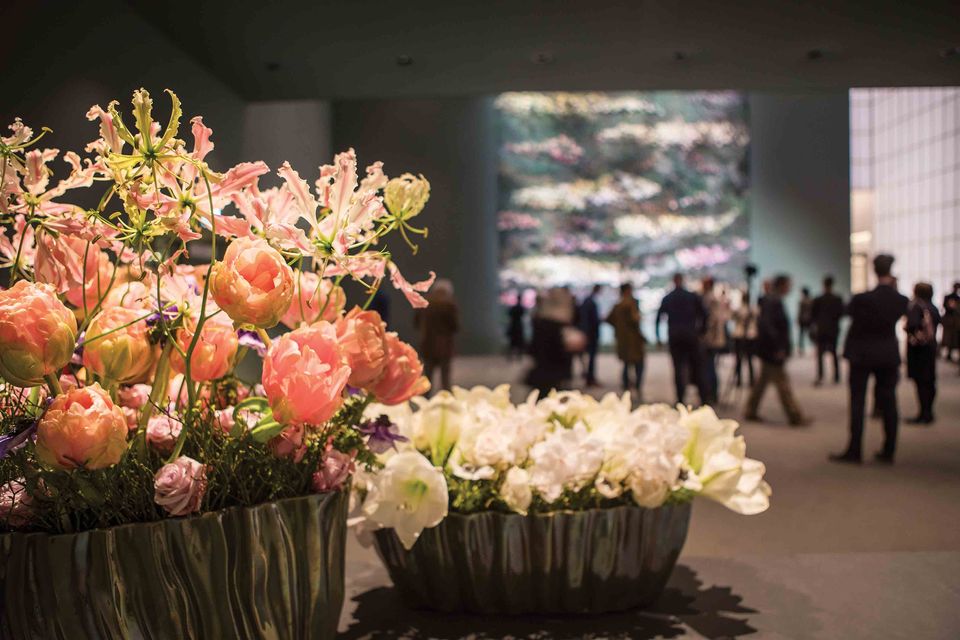 The mayor of Maastricht and local authorities has said Tefaf Maastricht can go ahead Photo: Loraine Bodewes

The city of Maastricht has decided to allow the 33rd edition of Tefaf Maastricht to go ahead this week despite fears over the spread of coronavirus (Covid-2019) and some US museums and exhibitors deciding not to attend the fair.

“We have seen three confirmed cancellations out of our 285 exhibitors and Showcase participants”, a Tefaf spokeswoman tells The Art Newspaper today. “We fully respect all exhibitor’s individual decisions and have been in touch with them all,” she adds. “The exhibitors who will not attend Tefaf 2020 include: Wildenstein and Co, Fergus McCaffrey and Galerie Monbrison.”

Yesterday, the mayor of Maastricht Annemarie Penn-Te Strake; Theo Bovens, the governor of the province of Limburg; and Rob van de Wiel, the managing director the fair’s venue MECC Maastricht, sent a letter to the Tefaf board saying: “Neither the recommendations of RIVM [National Institute for Public Health and the Environment] nor those of the [South Limburg] Security Region give any reason to cancel Tefaf at this time.” Tefaf issued a statement saying that the fair will take extra precautionary measures such as “additional all-day cleaning services and distribution and placement of hand sanitisers at the fair.” Local health authorities will also set up an information desk in the entrance area.

“With our art community of 280 exhibitors in Maastricht, we have seen a majority of exhibitors happy with the decision to go ahead,” the Tefaf spokeswoman says. “While we understand there are different points of views within our community and beyond, we are pleased to continue.”

In response, one exhibitors tells The Art Newspaper: “I think that, on balance, it is the right decision to allow Tefaf to go ahead, although my sense is that almost all of the exhibitors are bracing themselves for a very tough fair [in particular Old Master paintings dealers who are especially reliant on US curators and collectors]. I certainly think visitor numbers will be seriously affected.” Along with several other sources, they say that “many American museums and collectors are unlikely to travel” adding that “the Metropolitan Museum of Art, for example, is not coming to Maastricht this year, and I know of a few other museum curators who are not coming. Whether it is a corporate policy or not I do not know.” The Metropolitan Museum of Art did not respond to a request for comment by the time of writing and a Tefaf spokeswoman says: “At this point we do not have a full overview of museums that are not able to travel to Maastricht this year.” Meanwhile, a spokesman for the Saint Louis Art Museum in Missouri, US, confirms: "Two curators and the museum’s director had planned to attend Tefaf, but the three ultimately decided not to attend. The museum did not prohibit anyone from attending. The decision was left to the individuals, and the museum supports their decisions."

Another exhibitor, Nynke Van der Ven of the Asian art specialists Vanderven Oriental Art, based in nearby 's-Hertogenbosch, says that while they have “had an elderly client saying they’re not coming and a German collector who has been told not to travel by his employer”, she thinks people “need to be cautious about descending into mass hysteria.” Van der Ven adds that the gallery will go ahead with two client dinners planned for Wednesday and Thursday this week.

The run of Tefaf Maastricht is traditionally known by the city’s hospitality trade as the “Golden fortnight” due to the influx of wealthy visitors but local Dutch media has reported cancellations around its hotels and restaurants. The website 1Limburg reported yesterday that the NH Hotel, located next to Tefaf’s venue the MECC, has received a series of cancellations, with the director Jos Hermans saying: "We now have a total of 30 rooms cancelled in the first three days of Tefaf.” He adds: “In general it is mainly the older guests and more specifically people from Italy who cancelled." The Derlon Hotel’s general manager Sione Götte also told 1Limburg: "We were completely full at first, but we have had a number of cancellations in the last few days, so now we have rooms left."

Although on Saturday the French government banned all public events of more than 5,000 visitors at any one time, a spokeswoman for Paris’s specialist drawings fair the Salon du Dessin (scheduled from 25-30 March), today told The Art Newspaper: “The organisation has announced this morning they will continue with the Salon du Dessin which is not cancelled at this stage.” As a smaller fair, the event is “not concerned by” the French government’s decision, the spokeswoman says.