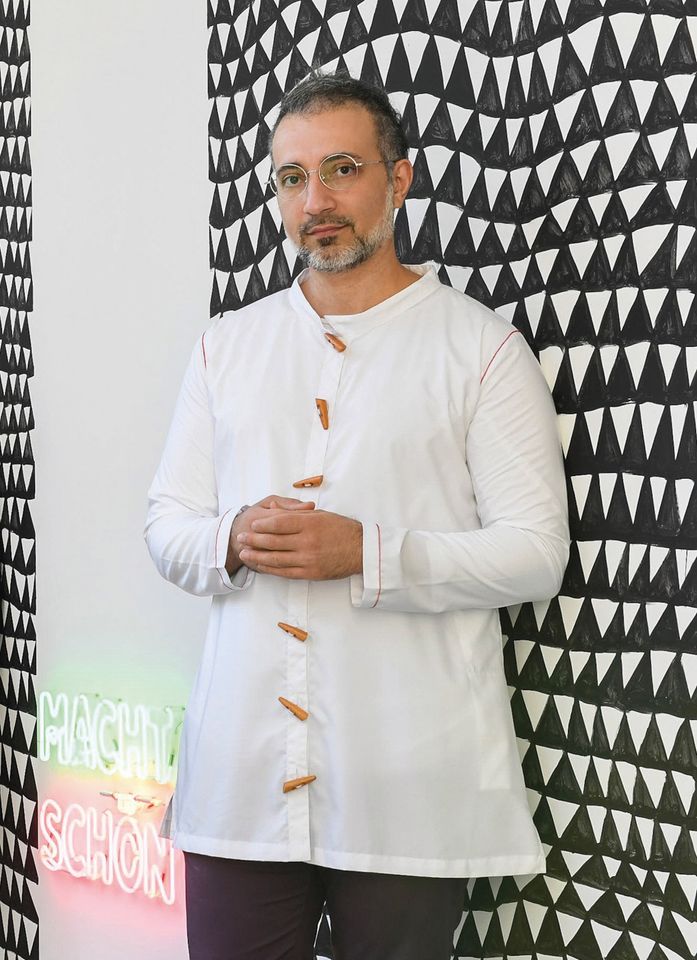 The artist Rokni Haerizadeh says the Tehran Museum of Contemporary Art bought his painting after it was shown in Tehran in 2003. © Miquel Coll

A growing number of artists claim that their works in the collection of the Tehran Museum of Contemporary Art (TMoCA) have gone “missing” and may have ended up on the market without their knowledge. Rokni Haerizadeh, who was born in Iran and is now part of an artist collective in Dubai, has accused TMoCA of buying one of his paintings at a reduced rate and then selling it at a premium. Haerizadeh says his canvas, N Vel Ab 2 (2002-03) was consigned to Tehran Auction, selling on 12 January for 3.6 million rials ($86,680), a sum significantly over the price at which it was acquired.

Meanwhile, the Tehran-based artist Barbad Golshiri fears that his work in the TMoCA collection, Bahram Doesn’t see a Right Wing (2003), may have also been disposed of. “TMoCA confirmed that my work is indeed in the collection, yet when I ask them to say this in writing, they turn tail. I no longer have any motivation to find my work. That piece was about my own death. I consider it dead. It is as if it never existed,” he says.

Sami Azar, a former director of the museum, says that TMoCA did not “technically acquire” the works but that they were bought by a separate government-funded institution—the Institute for the Promotion of Contemporary Visual Arts. Azar, who was the director of TMoCA from 1997 to 2004 and is now head of Tehran Auction (where Haerizadeh’s work was sold), says: “The institute bought these works under the instructions of the director [myself] because we wanted to support those artists. But after five or six years, the institute decided to sell a number of works; I can understand, though, why the artists are angry.” 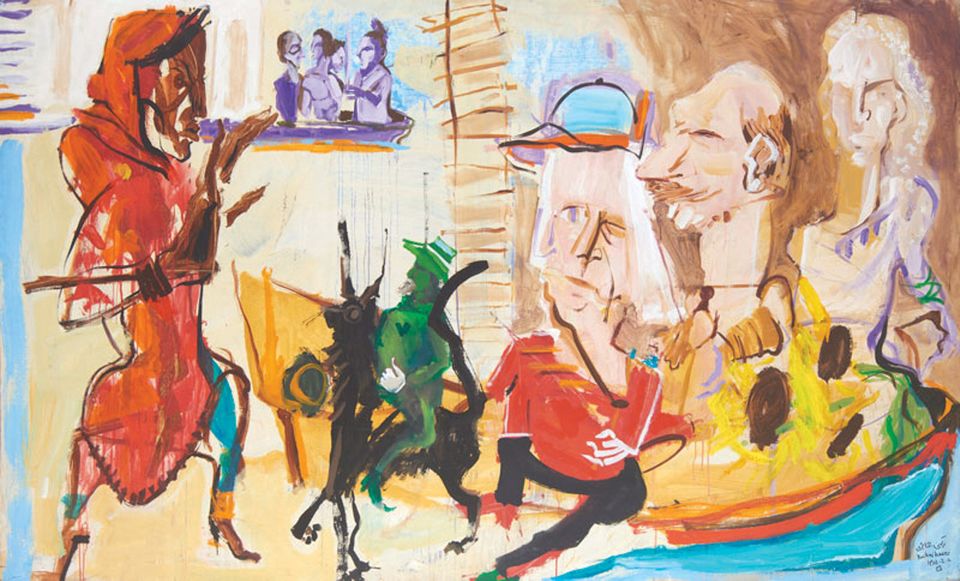 Haerizadeh’s painting was first shown at the Tehran Contemporary Painting Biennale in 2003 where it was awarded second prize. It was then bought for $500 by Gholam Reza Nami who was then the executive secretary of the biennial, Haerizadeh says. “I was told by Nami that [the museum] was going to acquire the work for its collection. Nami even told me ‘because you are young and the museum has a limited budget, we’ll buy the work at a special rate’,” Haerizadeh claims. Golshiri’s piece also featured in the Tehran Biennale of 2003 and was bought by the museum for 600,000 tomans (under $100), the artist says.

Nami told the Iranian Students News Agency that “we aimed to buy every winner’s work from every exhibition that was held, to show our support; we would then decide if the work would enter the museum collection.” The cost of purchasing these works was met by the Institute for the Promotion of Contemporary Visual Arts, Nami says. He also denied telling Haerizadeh that the work was bought for TMoCA, saying that partial funding for biennial purchases came from Iran’s Ministry of Culture. He could not be reached for further comment.

Haerizadeh is trying to source documentation relating to the Tehran sale of his painting to establish a paper trail. The artist’s spokesman says: “We don’t know if the piece has gone through several hands or if it has been with one [entity] throughout this time.”

Another artist, Sara Ashrafi, had a similar experience. “I sold my painting, The Child Inside (2015), to TMoCA in March last year for 50 million rials [$1,190],” says the Tehran-based artist. “The market value of the work is 250 million rials ($6,000), so the museum bought the piece at a much lower price. The museum told me they can only pay 50m rials because of the recession.” An accompanying invoice, which is printed on TMoCA notepaper and was seen by The Art Newspaper, states that the work was purchased at a reduced rate. The artist Behnam Kamrani has also raised concerns that one of his works may have “left the museum” without his knowledge.

Afshin Parvaresh, a New York-based researcher and journalist who has been posting details on social media about alleged sales, says that museum officials seem to have transferred ownership of works to the Institute for the Promotion of Contemporary Visual Arts without notifying the affected artists. The works may have then been sold to galleries and private collections, Parvaresh claims. The prices paid to artists for their works by TMoCA were below their market value at the time, Parvaresh says, adding that numerous sales may have taken place over the past 15 years.

Ehsan Aghaei, the newly appointed director of TMoCA, declined to comment when asked if museum officials had bought works at reduced rates and then sold them at a higher price. He also declined to comment on the whereabouts of the works by Golshiri and Kamrani. Aghaei told the Iranian newspaper Ebtekar, however, that museum representatives “definitely did not buy the work by Haerizadeh”, stressing instead that the painting was purchased by the Institute for the Promotion of Contemporary Visual Arts. Aghaei adds that “the institute bought this work and then sold it legally”.