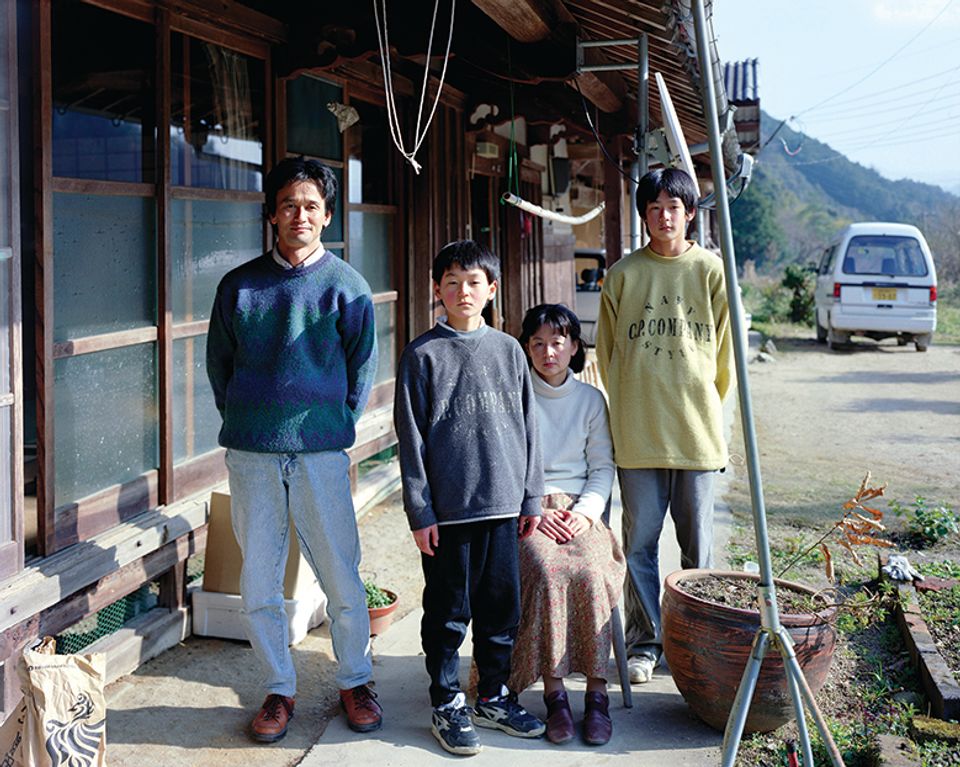 Thomas Struth's The Yamato Family in front of their house, Yamaguchi (1996), part of the German photographer's solo presentation in Lille © Thomas Struth

A new photography institute in Lille, backed by the prestigious annual photography festival, Rencontres d’Arles, is preparing to unveil its first exhibitions before a full opening in 2021. The Institut pour la Photographie is testing a 1,500 sq. m venue in the old part of the city before confirming its permanent home.

Seven exhibitions make up the inaugural ­programme, titled Extraordinary: Photographic Perspectives on Everyday Life (12 October-15 December). Home Sweet Home, focused on the history of the British home from 1970 to 2018, was first presented at Rencontres d’Arles this summer. The other shows, including solo presentations on Lisette Model and Thomas Struth, have been produced by the institute.

“We want the institute to be a laboratory for research, production and education for critically reading images, a place for collaboration and to have regional, national and international ambition,” says its director, Anne Lacoste. She was pre­viously a curator at the Musée de l’Elysée in Lausanne, the photography museum led by Sam Stourdzé before he became director of Rencontres d’Arles in 2014.

The idea for the institute, which will also host a reference library and potentially photographers’ archives, dates from September 2017. Its governing association was founded by the Hauts-de-France region and Rencontres d’Arles, which were joined in April by the city of Lille, the Lille European Metropolis and the Drac, a regional cultural body.

The collaboration with the Arles festival aims to forge a “north-south axis” promoting the decentralisation of culture beyond Paris and enabling “more ambitious projects with shared costs”, Lacoste says.

But the new institute has proved controversial closer to home. Olivier Spillebout, who founded the Maison de la Photographie in Lille in 1997 and the photography festival Transphotographiques in 2001, believes the project is badly run and a waste of public money. Investment and running costs currently stand at around €2.5m.

Last November, Spillebout quit the institute’s expert committee, which comprises three regional photography spaces and a château in Dunkirk, saying that it played “no role in consultation, advice or decision-making”.

He says he asked the region to suspend the project “to take the time to enlarge the expert committee to curators, artists and directors of [photography] collections on a regional, national and international level”.

Spillebout also questions the involvement of Rencontres d’Arles. Under Stourdzé, the festival “is launching hostile takeover bids in other territories, scorning existing players”, he says. “It would have been more original if this partnership served to promote regional photography and artists from Hauts-de-France each year in Arles.”

The city of Lille withdrew funding from the Maison de la Photographie in 2018, “the year the creation of the institute was announced”, Spillebout says. Some longstanding staff members were made redundant and the space was temporarily closed earlier this year while Spillebout sought more sponsorship.

The venue has been forced to cut back on exhibitions and can no longer fulfil its mission to support emerging photographers, he says.