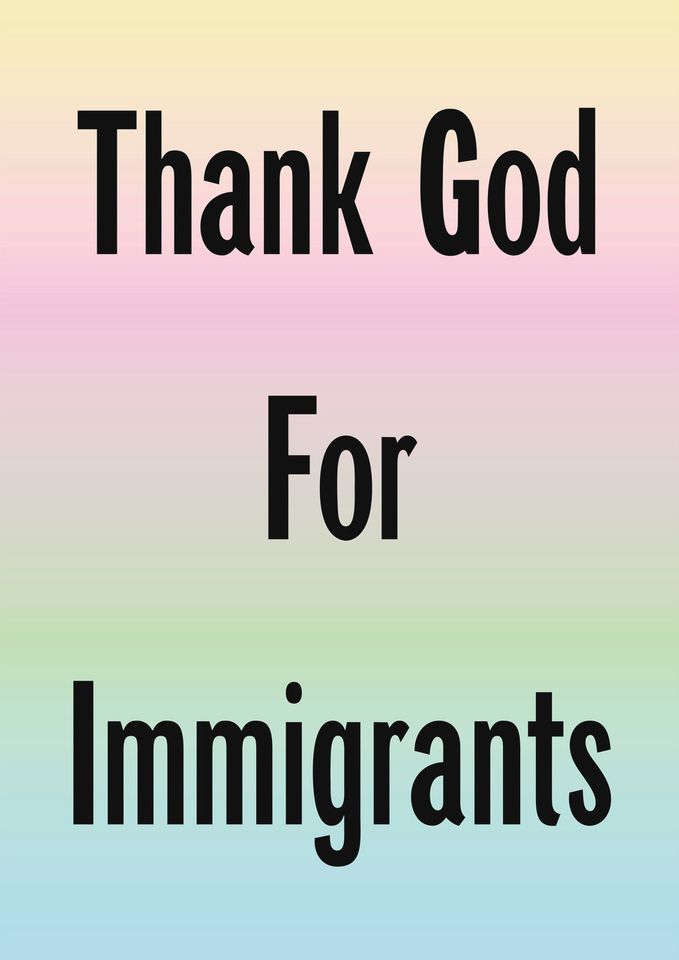 Jeremy Deller has responded to the corona virus crisis with Thank God for Immigrants, an A2 print designed with Fraser Muggeridge, designed to be displayed specifically in windows and not on walls. “I hope, like with a lot of things I do that it speaks for itself” Deller says. “It’s probably to do with seeing the photographs of the doctors and nurses who have died in the last week—all of whom I imagine, if not immigrants themselves, have come from immigrant backgrounds. These are also the people left on the streets who are doing the jobs that nobody else is doing: making deliveries and stacking the supermarket shelves. This situation is going to reconfigure how we view immigration but also class and status and wealth and your value in society—all these things have totally inverted our value system.”

The A2 print, in an edition of 500 is initialled by Deller and sells for £25 in the UK, with the proceeds split between two charities: Refugee Action, which supports refugees and asylum seekers struggling with the asylum process, poverty and homelessness and The Trussel Trust. which supports a nationwide network of food banks throughout the UK.

“We wanted to make something pretty cheap that people could stick in the window rather buy and then put somewhere safe” Deller says. I want it to be something that you don't mind if it gets a bit torn and bit faded over a couple of months—it’s a public artwork in a way.”

The print can be purchased here.