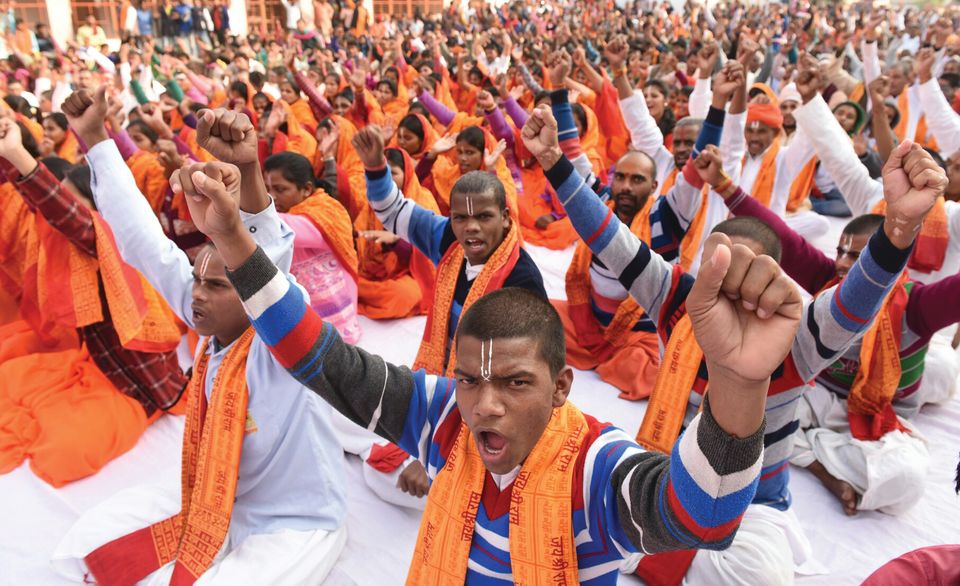 Hindu nationalists mark the anniversary of the 1992 demolition of the Babri Masjid mosque at Ayodhya Photo: Deepak Gupta/Hindustan Times via Getty Images

The newly elected president of a powerful Hindu organisation in India has threatened nationwide protests if the supreme court, which is currently hearing a highly contested case over the ownership of a site claimed by both Hindus and Muslims, issues a ruling that “goes against Hindus’ faith”.

At the centre of the dispute is the pilgrimage town of Ayodhya in Uttar Pradesh, India’s most populous state and one of its poorest. Hindus believe that Ayodhya is the birthplace of their god Ram, as recounted in the Ramayana, the epic poem that tells his story. However, Muslims claim it as the site of a 16th-century mosque, the Babri Masjid, which was demolished by Hindu extremists in 1992, sparking riots that led to the death of more than 2,000 people throughout the country.

The case over the site’s ownership has been winding its way through the Indian legal system for decades and is now, finally, approaching its conclusion.

Just days after his election in April as the leader of the Vishwa Hindu Parishad (World Hindu Association), Vishnu Kokje pre-empted the supreme court’s verdict. On a visit to Ayodhya, he called for a temple devoted to Ram to be built there. He reiterated the call last month and told reporters that if the supreme court ruled against them, “Hindus all over the country will start a movement to mount pressure on members of parliament to pass a law…that paves the way for the construction” of the temple.

The supreme court’s decision, expected in the next few months, could prompt a new wave of sectarian riots in a country that is increasingly hostile to its Muslim-minority population, which numbers 172 million people.

Since the election of the Hindu nationalist Bharatiya Janata Party (BJP) government four years ago, official and non-governmental Indian agencies have been charged with interpreting Hindu epics such as the Ramayana and other mythologies as historical truth. Monuments and archaeological sites are increasingly being used in this ideological battle. There have been numerous overt and covert attempts to promote a Hindu fundamentalist ideology known as Hindutva, particularly when it comes to history and archaeology, to prove that ancient Hindu temples were razed to erect mosques.

In March, the news agency Reuters revealed that the government of the prime minister, Narendra Modi, has set up a committee of archaeologists, geologists, Sanskrit scholars and bureaucrats tasked with rewriting Indian history to prove that today’s Hindus are directly descended from the country’s first inhabitants. The culture minister, Mahesh Sharma, told Reuters that he expects the committee’s findings to be taught in schools. The ultimate aim is “to shape the national identity” to match the government’s view that “India is a nation of and for Hindus”, Reuters reported.

Sharma believes that the committee’s findings will counter British and Indian historians’ assertion that people from Central Asia came to India around 4,000 years ago and influenced the country’s culture. “I worship Ramayana and I think it is a historical document. People who think it is fiction are absolutely wrong,” he said.

The Archaeological Survey of India (ASI) has also been charged with promoting the government’s Hindu nationalist agenda. In January 2017, the ASI held a meeting presided over by K.N. Dikshit, a former director-general of the organisation. He later said: “I have been asked to present a report that will help the government to rewrite certain aspects of ancient history.” According to the minutes of that meeting, which were cited by Reuters in its investigation in March, it was “essential to establish a correlation” between ancient Hindu texts and archaeological evidence to prove that Indian civilisation stretched back many thousands of years.

The ideological and logistical thrust of such a shift can be attributed to the Rashtriya Swayamsevak Sangh (National Volunteers’ Organisation), a Hindu right-wing militant organisation that has targeted every academic institution in the country. “The true colour of Indian history is saffron [which Hindutva followers favour], and to bring about cultural changes, we have to rewrite history,” the Rashtriya Swayamsevak Sangh told Reuters. 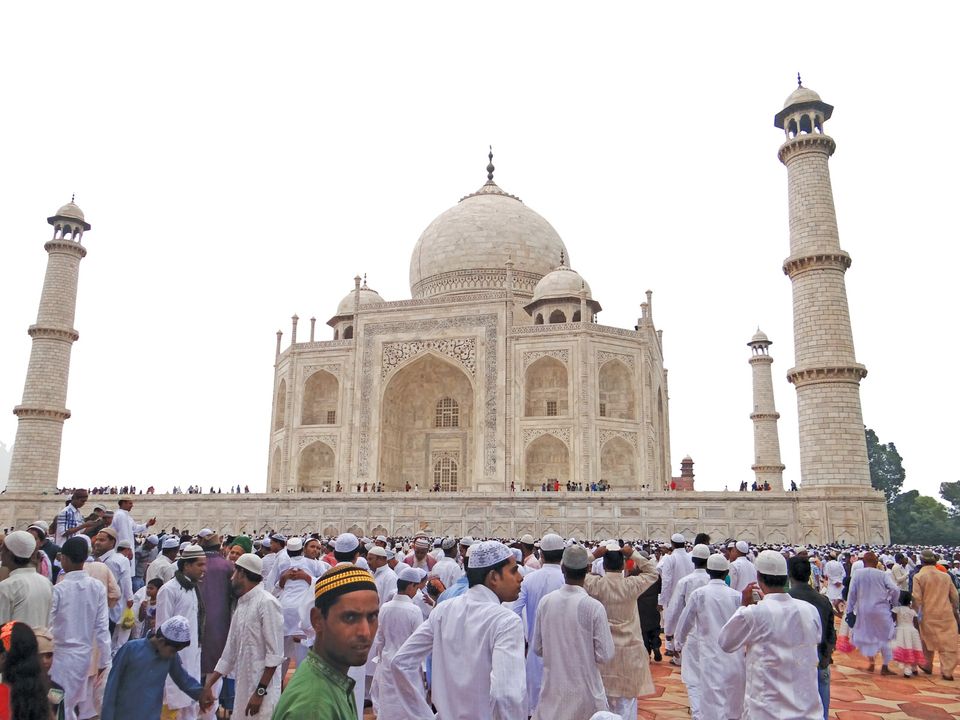 Even the nation’s most famous monument, the Taj Mahal in Agra, has been embroiled in this battle to rewrite history. Some Hindu historians have claimed that the Unesco World Heritage site, built by the Mughal emperor Shah Jahan in the 17th century as a tribute to his late wife Mumtaz, was originally a Hindu temple known as Tejo Mahalaya. The claim was first made by the maverick historian Purushottam Oak, who published a book, Taj Mahal: the True Story, in 1989. He alleged that Shah Jahan had seized a temple dedicated to the Hindu god Shiva and converted it into a tomb for his wife.

Last October, a BJP member of the Uttar Pradesh government, Sangeet Som, called the Taj Mahal “a blot on Indian culture… he [Shah Jahan] wanted to wipe out Hindus. If these people are part of our history, then it is very sad, and we will change this history.” The controversial chief minister of Uttar Pradesh, Yogi Adityanath, who serves as the head priest of a Hindu temple in Gorakhpur, said the Taj Mahal does not “reflect Indian culture” and foreign dignitaries visiting the state have recently been given copies of the Bhagavad Gita, a Hindu text, rather than replicas of the famous monument. “Given a chance, we will install statues of [the Hindu deities]… Gauri, Ganesh and Nandi in every mosque,” Adityanath said three years ago at a meeting of the Vishwa Hindu Parishad.

An Uttar Pradesh tourism brochure, recently issued by the state government, omits the Taj Mahal from its list of sites to visit and instead includes the temple in Gorakhpur. It also outlines plans for new attractions, such as a tour of locations related to the Ramayana.

However, specialists from the ASI have dismissed claims that the Taj Mahal was built on the site of a Hindu temple. Last August, the ASI told a court in Agra that it had not found any traces of such a building at the site. The testimony was part of a hearing examining a petition by six Hindu lawyers who demanded the right to pray at the site, as Muslims are allowed to do at the mosque on the premises. The ASI told the court that a 2005 case over the ownership of the Taj Mahal is already being considered by the courts. (The completion of this is likely to take many more years.) Bhuvan Vikrama, the ASI’s superintending archaeologist in Agra, rejected the lawyers’ petition. “Our written statement called the claims ‘concocted’,” he told The Art Newspaper, adding that the case is proceeding despite the ASI’s protestations.

Following its public disavowal of the history of the Taj Mahal that is now being promoted by the highest levels of government, the ASI has itself come under fire for its administration of the monument. In May, the supreme court slammed it for not preventing the discolouration of the Taj Mahal caused by an infestation of insects breeding in the heavily polluted Yamuna river adjoining the site, as well as pollution from industries and vehicles in Agra. “This situation would not have arisen if the ASI [had] done its job. We are surprised by the way the ASI is defending itself. You [the central government] please consider if the ASI is needed there or not,” the judge said. The court was provoked by the failure of the ASI to put in place preventive measures after the first case to protect the Taj was filed 34 years ago.

Meanwhile, at Ayodhya, the ASI has conducted three surveys since Indian independence, the most recent being in 2003. In 1975, an ASI report found traces of continuous human habitation at the site dating back to the 13th century BC. It also found pillars and other structures that were of Hindu origin, but not any evidence of a temple or its destruction to make way for a mosque. Early in the 20th century, the British art historian E.B. Havell noted that the presence of Hindu or Buddhist traces of architecture in Islamic buildings could reflect the use of local artisans in their construction rather than any iconoclasm on the part of Muslim rulers. 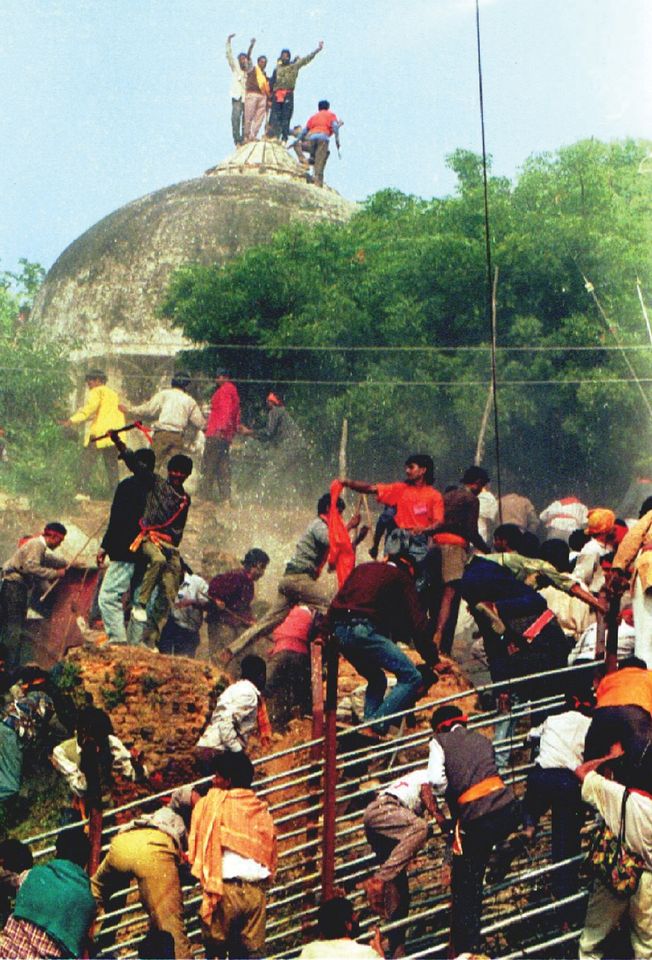 In 2003, excavations were ordered by an court in Allahabad that was hearing a case filed by Hindus and Muslims after the destruction of the Babri Masjid mosque—the same case that has now reached the supreme court. An archaeological team under Buddha Mani, who later retired as an ASI additional director-general, found remnants of a large temple under the mosque and continuity of use from the tenth to the 16th centuries. The structure had remains with “distinctive features associated with temples of north India”, the team reported.

However, other archaeologists criticised the team’s conclusions on technical grounds. In 2003, an earlier BJP coalition governed India, and the ASI is a government agency overseen by the Human Resource Development ministry. In 2003, this ministry was led by Murli Manohar Joshi, who himself stood accused of inciting zealots to demolish the Babri Masjid mosque in 1992. The Allahabad court later directed the ASI to replace Mani as leader of the excavation team, which it did.

The supreme court is now charged with adjudicating on the title deeds for the site of the mosque, and will not examine the location’s antiquity. Whatever the decision, it will have huge ramifications for Hindus and Muslims alike.