Zagreb cathedral the day after the earthquake

“If I saw a disaster film in which a city is struck by an earthquake during a global pandemic, I’d stop watching such a nonsense”, says Miroslav Gašparović, the director of Zagreb’s Museum of Decorative Arts, while working in a face mask and helmet with his curators to evacuate parts of his seriously damaged museum.

This is the forgotten earthquake. On 22 March, a 5.4-magnitude convulsion struck Zagreb, the capital of Croatia, and because of the coronavirus (Covid-19) lockdown, the full extent of the damage is still unknown. It was the worst convulsion for more than a century and it has caused damage to 26,197 buildings, of which 4,228 are classified as unsafe or dangerous, among them numerous palaces, churches, university buildings, hospitals and museums.

The Museum of Decorative Arts, modelled on the Victoria & Albert Museum in London, was about to celebrate its 140th anniversary, but now it is partially open to the sky. Religious sculptures, clocks, glass and modern design have been damaged, in some cases destroyed, and the roof’s collapse is a serious threat. The museum has been classified as unsafe for use, but the director and curators have found a way to take the most fragile objects to safety even as 150 aftershocks have continued to shake the building. 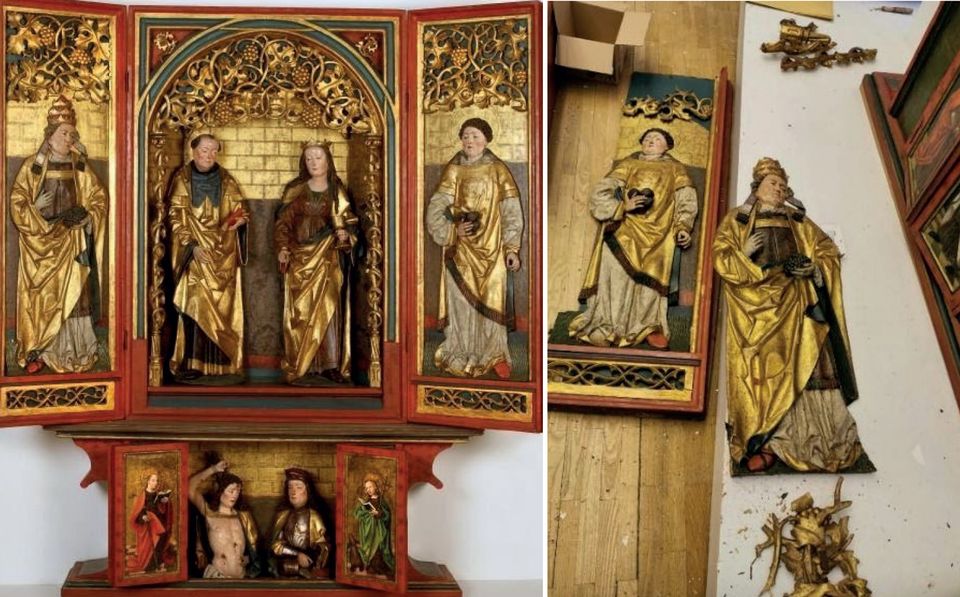 An altarpiece of 1490, southern Austrian, before and after the earthquake. Museum of Decorative Arts

Over 80% of Zagreb’s museums are in buildings that date from before the Second World War and most of them have reported serious damage, but the aftershocks and lockdown have stopped detailed inventories of the destruction being made. More than a third of them are identified as unsafe or dangerous; the Croatian History Museum, housed in a palace built in 1764, is “unsafe for both staff and the entire museum collection”, according to its director Matea Brstilo Rešetar, and she is preparing to evacuate and relocate once the ground stops shaking. 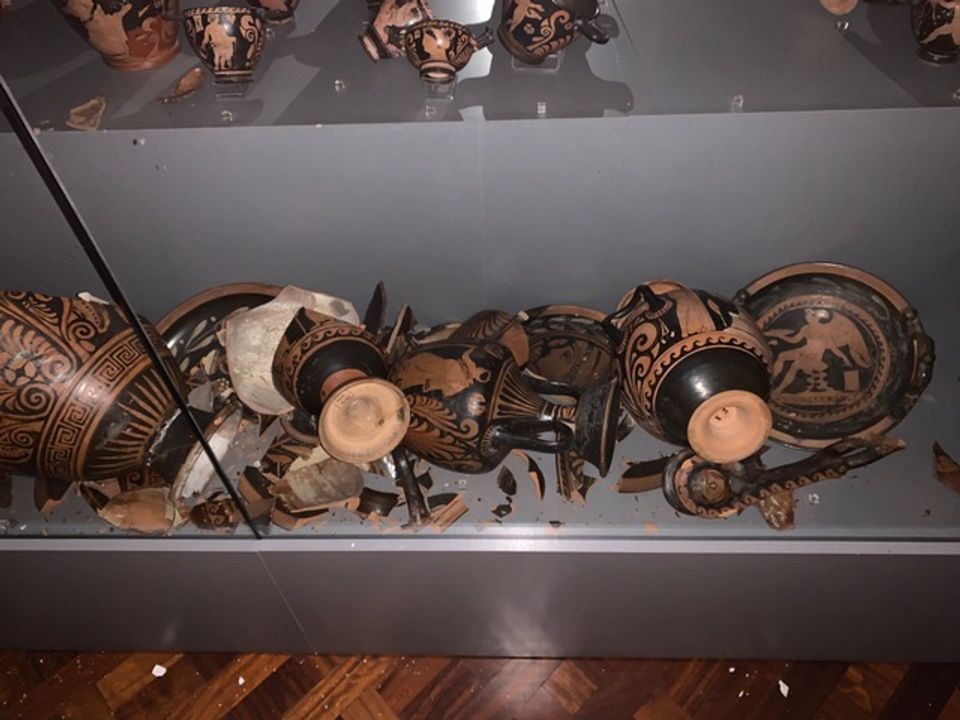 Ancient Greek ceramics in the Archaeological Museum after the earthquake

A large number of objects have been destroyed or damaged in the Archaeological Museum. This is not the first time its rich collections have been hit by earthquake; the one of 1880 shattered the most valuable assemblage of Greek vases in Croatia, and now 20% of the rebuilt collection are in pieces.

The minister of culture Nina Obuljen does not want to speculate about the extent of the damage while it remains uncertain, but there is no doubt that the seismic protection measures for buildings, collections and museum staff need to be upgraded, since all hazard assessment studies clearly point to earthquakes as one of the biggest risks in Croatia.

• Maja Razović Kocijan is the director of the Museum Documentation Centre, Zagreb