The man who wrote art history 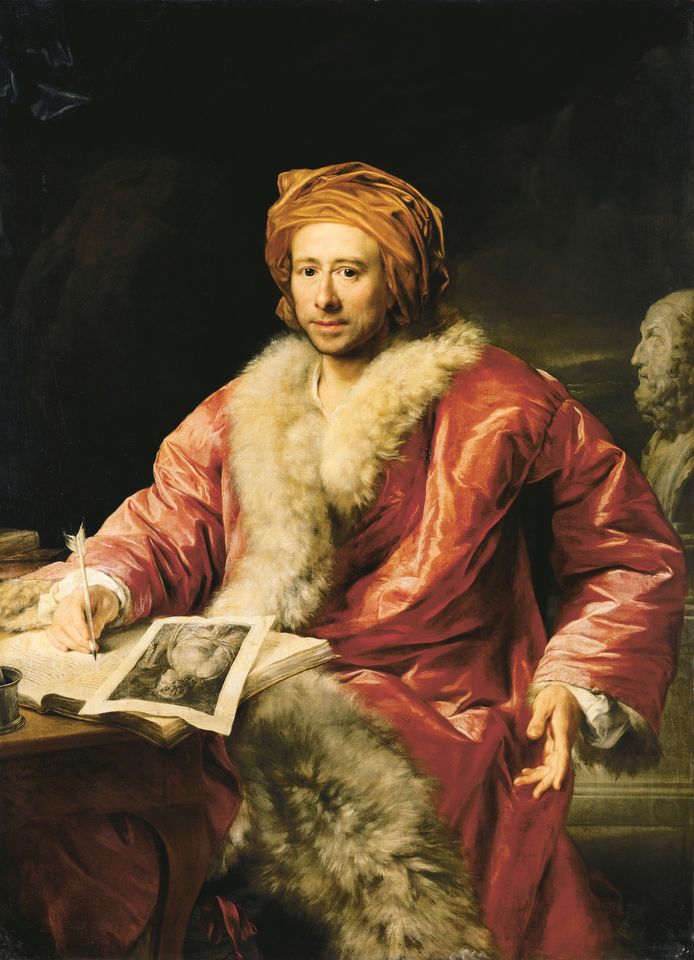 Anton von Maron’s portrait of Johann Winckelmann in luxurious undress (1768). An engraving of Antinous, a favourite of the Roman Emperor Hadrian, is before him.

To celebrate the tercentenary of the birth of Johann Joachim Winckelmann (1717-68), the first scholar systematically to write art history as a succession of styles, the Neues Museum in Weimar, Germany is holding an exhibition on his work. Winckelmann: Modern Antiquity (7 April-2 July), organised by the Klassik Stiftung in Weimar and the Martin Luther University of Halle-Wittenberg, includes more than 200 exhibits surveying his achievements .

Winckelmann’s 1764 book The History of Art in Antiquity claimed classical Greek sculpture as the genesis of all subsequent art and the canonical standard of artistic perfection, which powerfully influenced later European thought and art, especially Neo-Classicism. (His phrase, “edle Einfalt und stille Grösse”—noble simplicity and quiet grandeur—could be the slogan of Neo-Classical style.) His writings, which have a strong current of homoeroticism, corresponded with and resulted from Enlightenment thought and had a long afterlife in the works of the thinkers like Lessing and Goethe. Included in the exhibition will be contemporary works by artists such as Bettina Rheims, who has made work with Winckelmann in mind.