The marathon legal battle over property confiscated by the Czech government

Aristocratic family has been fighting for the return of castles, palaces and art for the past 20 years 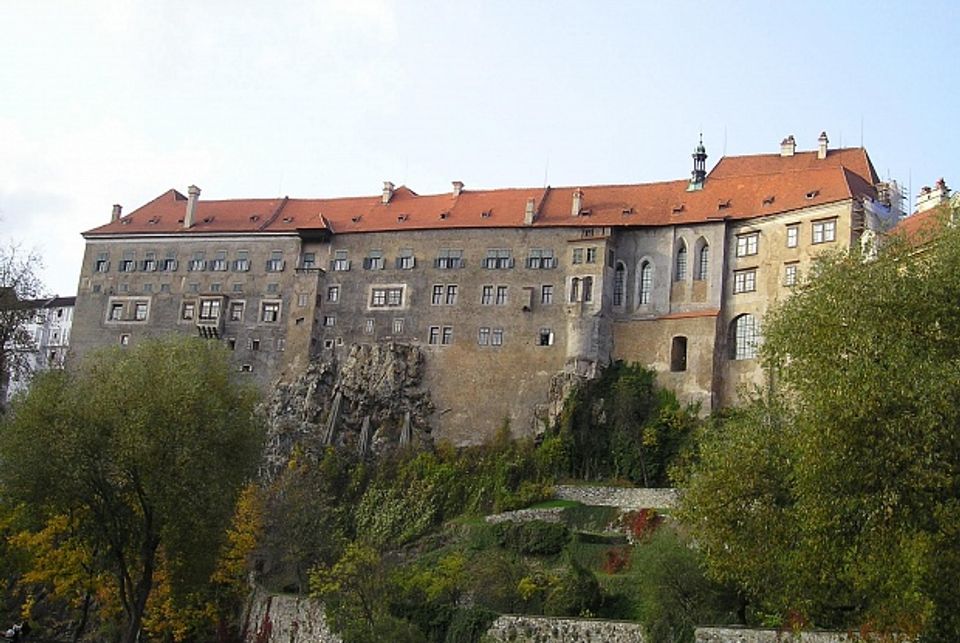 For more than 20 years Elisabeth Pezold has been suing the Czech government to recover family property confiscated after the Second World War. Pezold, the granddaughter of Prince Adolph Schwarzenberg (1890-1950), has submitted around 150 claims since 1992, many of which have only had their first hearing this year. Pezold is seeking the return of around 55,000 hectares of land that belonged to her grandfather. The estate, valued at hundreds of millions of euros, comprises two palaces, 15 castles, including a Unesco World Heritage Site in Cesky Krumlov, and the vast art collections from those properties. Works include Meissen porcelain, Roentgen furniture and an 85-piece series of 17th-century tapestries. The Schwarzenberg inventories are also believed to include paintings by Titian, Velázquez and Rubens.

Pezold’s long-running restitution claim has been thwarted in the Czech courts because of a unique law, the Lex Schwarzenberg, passed by the Czechoslovakian government in 1947 with the sole aim of stripping Adolph Schwarzenberg of his property. “From 1938 to today, my family has faced continued persecution,” says Elisabeth’s son Adam Pezold. “There is a widespread mentality in the Czech Republic that aristocrats accumulated their wealth by stealing it from the Czech people. Our family bought and inherited the lands over the past 350 years.” In 2002, Elisabeth Pezold sought justice from the United Nations Human Rights Committee. This ruled that she was “repeatedly discriminated against in being denied access to relevant documents, which could have proved her restitution case.” But the verdict carried no judicial weight and Pezold continues to find her case blocked. Last year, Pezold sued the Czech Republic’s Ministry of Culture for suppressing the inventories of her grandfather’s holdings. The case is yet to have a hearing.

Adolph Schwarzenberg was of German descent but was a Czech patriot and an outspoken opponent of the Nazis. When Austria was annexed in 1938, he flew black flags on his palace in Vienna. In retaliation, the Nazis confiscated all of his property in Austria, Germany and Czechoslovakia in 1940. Schwarzenberg’s assets were then seized by the Czechoslovak government under laws passed by the president Edvard Benes in 1945. The so-called “Benes Decrees”, however, exempted German nationals who could prove anti-Nazi resistance. When it became clear that this exemption made it impossible for the government to keep the seized property, Benes passed the Lex Schwarzenberg in 1947. This law transferred Schwarzenberg’s assets to the state without compensation, reasoning that his estate “represents such a vast set of properties that there is [a] widely felt need to resolve the ownership… in a way that would reflect the new spirit of the economic and social structures of the Czechoslovak Republic”. The law, still in force, is a lex singularis, which means it only regulates one person, Adolph Schwarzenberg. “I believe the expropriation of his property was clearly unjust,” says Dita Jelinkova, a historian at the Institute for the Study of Totalitarian Regimes in Prague.

When the Communists ousted the Benes government in 1948, they kept the Schwarzenberg property under new laws. After 1989 and the collapse of Communism, Czechoslovakia, unlike Poland, passed a series of laws that allowed people to reclaim property confiscated by the Communists. There were, however, stipulations: claimants had to be Czech citizens and their property had to have been confiscated on or after 25 February 1948, the day the Communists took power. These criteria prevented the reclamation of property seized under the Lex Schwarzenberg. “In post-war Czechoslovakia, it was considered improper that such a large estate should belong to one person. There was therefore no political will to return the assets to their legal owner,” Jelinkova says.

Elisabeth Pezold’s family has been fighting the confiscation on the basis that the Lex Schwarzenberg was not valid with immediate effect and was implemented after 1948. The heirs also challenge the legality of the law itself, which they maintain is “unconstitutional, discriminatory and arbitrary, perpetuating and formalising the earlier persecution of the Schwarzenberg family by the Nazis”. The law can only be changed in the Constitutional Court in a case brought by the president, a quorum of members of parliament, the senate or a judge. No case has yet been brought.

Since the 1990s, flats have been sold in seized Schwarzenberg buildings in Prague, even though the law prohibits this, and paintings have appeared at auction. In 2012, The Peddler Pillaged by Apes, after Pieter Brueghel the Elder, was withdrawn from a sale at Christie’s because it was presumed to have come from the contested Schwarzenberg collection. “People often ask why I have devoted the past few years of my life to, what appears to be, a hopeless case,” Adam Pezold says. “But I feel that my ancestors, who have done so much for Czechoslovakia, are being attacked on a daily basis. Adolph’s dying wish was that we persist in fighting this injustice until we succeed.” The Art Newspaper has so far received no response from the Czech government.