Search data from 84 countries last year shows that Leonardo, Van Gogh and Frida Kahlo were among the world's most popular artists 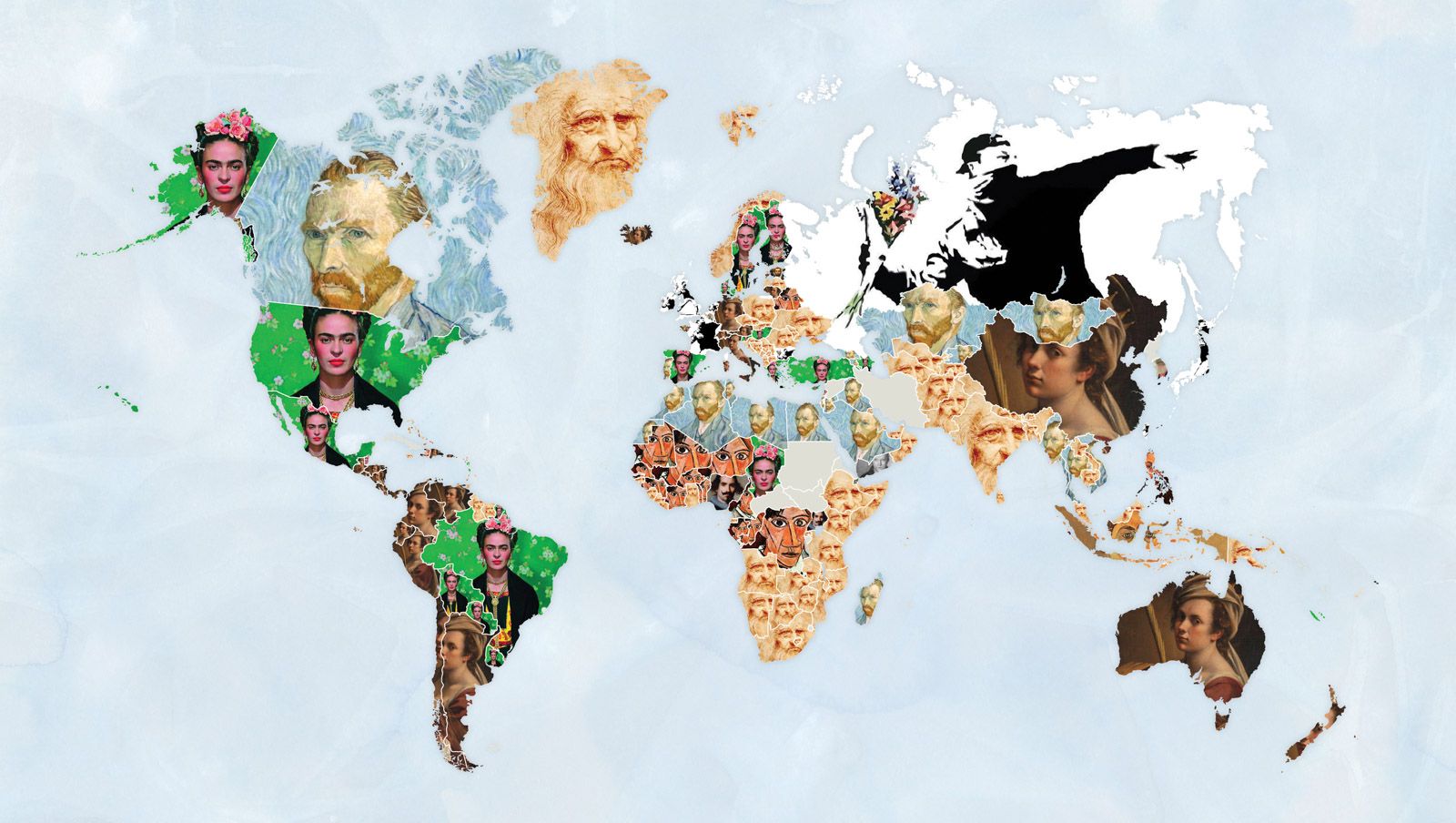 Leonardo, Van Gogh and Frida Kahlo were among the most searched-for artists in 2020 Ken Bromley Art Supplies, artsupplies.co.uk

As art lovers the world over were forced to spend much of last year without access to museums and galleries, 2020 was the year fingertips, rather than footfall, signified our favourite artists.

Gareth Evans, a search engine optimisation consultant for Ken Bromley Art Supplies, compiled data from 199 countries taken from Google Keyword Planner—an analytics tool that ranks terms used by the autocomplete search bar feature. Leonardo da Vinci was by far the most popular artist, topping the searches in 84 countries (42%), including most of Eastern Europe, South Asia, and southern and eastern Africa. Interest in the artist was boosted by major exhibitions (both virtual and physical) that opened in 2019, to mark the 500th anniversary of his death, as well as the continuing stories around the attribution of Salvator Mundi.

Meanwhile, the UK stayed true to its enduring love of Banksy, who grabbed headlines for donating a ship to rescue migrants as well as unveiling several new works. He also ranked first in Russia and Japan, both of which have well-established street art scenes.

Evans acknowledges the limits of his research—Google is heavily restricted in China and is rarely used in Russia. But he says that both countries had enough data to analyse, and he left out 47 countries without enough data.

Women are underrepresented, with just two inclusions. Frida Kahlo was popular, in her native Mexico as well as the US and Brazil. But it was the second most popular female artist, Artemisia Gentileschi, that provided the biggest surprise. Coming in at number four with 28 entries (ahead of Picasso and Velázquez), the painter stands out among the household names, having only recently received more widespread acclaim. So what prompted the sudden interest? As well as a major exhibition at London’s National Gallery, which gained international attention, Evans highlights the artist’s inclusion in a widely touring exhibition and also, crucially, to Google itself—the company’s Google Doodle released for her 427th birthday in July 2020 caused a search spike.