Featuring works by Louise Bourgeois, Elizabeth Catlett and others, the online series explores artists' experiences of motherhood and their connection to their own moms 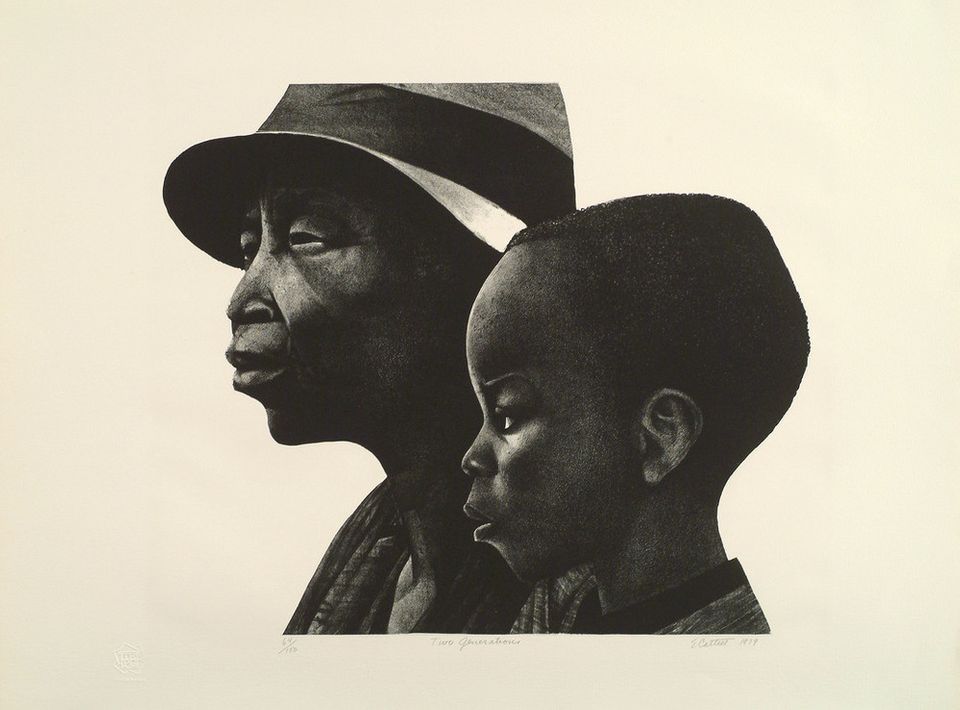 Mother's Day in the US falls on 10 May and the National Museum of Women in the Arts (NMWA) in Washington, DC, is celebrating with a focus on profiles of women artists and their relationship to motherhood, including artists who were mothers themselves or who tenderly depicted motherhood in their work despite never having children. The series also challenges the pervasive adage that motherhood can hinder an artistic career, depicting women who gracefully juggled the roles of mom and artist; the French painter and model Suzanne Valadon, a single mother at 18 years old who became the first woman painter to be admitted to the Société Nationale des Beaux-Arts, serves as a prime example.

Other profiles in the series, which will be available on the museum's website and via social media, are devoted to artists like the American painter Mary Cassatt, a suffragist who became well-known for her depictions of motherhood but asserted that marriage would be incompatible with her artistic ambitious; the African-American artist Elizabeth Catlett, who often portrayed images of strong maternal figures in her sculptures exploring the the psychological connection between women and their children; and the French-American artist Louise Bourgeois, whose mammoth sculptures of spiders—whom she regard as both predators and protectors—reflects the relationship she had with her mother.

“As we pause to reflect on and appreciate the mothers in our lives or in our memories, I find [these artists'] depictions in art a perfect accompaniment,” the NMWA director Susan Fisher Sterling writes in a statement.

“Motherhood often is viewed as a monolithic experience by mainstream culture, but the reality is much more complex and varied,” says the director of the NMWA, Susan Fisher Sterling. “We feel that artists’ lived experiences and related explorations through their work can reveal distinctive perspectives and, naturally, parenting and family relationships are powerful subjects for artists to take up in their work.”

The museum has also partnered with Google Arts and Culture to host an online exhibition of photographs and letters between Frida Kahlo and her mother, Matilde Calderón de Kahlo, including a letter the artist wrote when she had arrived in Los Angeles, in which she writes about her health problems and adjusting to life in the US. “You, more than anybody, know how much pleasure it gives me to receive letters from all of you, and especially from you, so don’t quit writing to me,” Frida writes.

The show, called Mamacita Linda: Letters between Frida Kahlo and her Mother, aims to demonstrate the warm bond between Frida and her mother, despite previous scholarly characterisations of their strained relationship and a historical emphasis on Kahlo’s close-knit relationship with her father, the photographer Guillermo Kahlo.

“With audiences temporarily unable to visit the museum in person, these initiatives offer a new way to connect with artists in the collection,” Sterling says.