‘The president stole your land’ 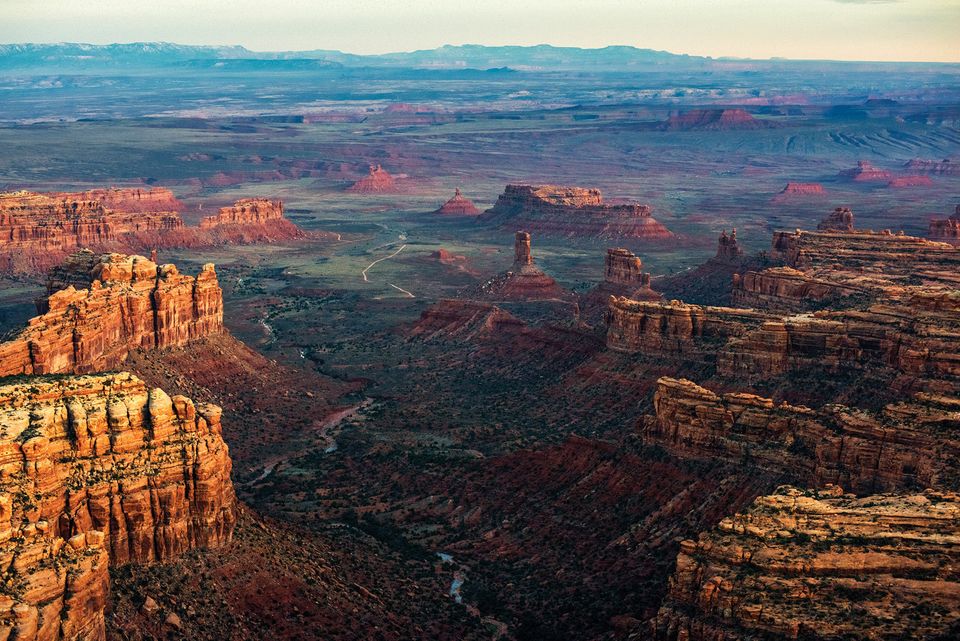 Native American tribes, land conservation groups, scientists and businesses have joined forces to sue US President Donald Trump and government officials for removing around two million acres from federally protected sites in southern Utah. The shrinking of the Bears Ears and Grand Staircase-Escalante National Monuments in early December puts Native American cultural lands, artefacts and fossils at risk from vandals and energy development, they say, and the president does not have the authority to make such sweeping changes under the Antiquities Act, which protects culturally or historically important landmarks.

“President Trump has literally dismembered our sacred Bears Ears monument, which five tribes have worked tirelessly for many years to protect,” says Mary Benally, a member of the Native American advocacy group Utah Diné Bikéyah, which is involved in one of five lawsuits. “I heard someone say: ‘It is as if he took a whole person, slashed it and left us with a couple of limbs.’ That is how I feel, too.” A Twitter campaign launched last month by the outdoor clothing company Patagonia asserts: “The President Stole Your Land.”

Bears Ears, which was designated a national monument by President Obama in December 2016, went from covering 1.35m acres to 200,000 acres split into two sections. While some important Native American ruins such as the Moon House complex would still be protected, tens of thousands of other archaeological sites now fall outside the monument’s borders, including vulnerable examples of rock art and fossils. “Some of the first vertebrates to walk on land have been found in the Valley of the Gods region,” says David Polly, the president of the Society of Vertebrate Paleontology, which is part of two lawsuits. “Many of these irreplaceable sites have been looted in recent years. By slashing boundaries, Zinke and Trump have failed their charge to preserve and protect.”

The region is also ripe for uranium development as it contains the now dormant Daneros Mine and the country’s only processing mill. The mine’s owners, Energy Fuels Resources, lobbied the Trump administration hard to limit the size of the monument, the Washington Post revealed last month.

Grand Staircase-Escalante, which President Bill Clinton made a national monument in 1996, was reduced from 1.7m acres to 838,000 acres. It includes a number of natural canyons and rock formations that are dotted with petroglyphs and ancient dwellings that now fall outside the boundaries but are still protected from development as “Wilderness Study Areas”. But the newly opened land also includes parts of Utah’s largest coal field, as well as leases for oil and gas drilling, which were suspended when the site was designated as a monument, but could now be reactivated.

The changes come after Trump ordered Interior Secretary Ryan Zinke to review 27 national monuments. Zinke’s recommendations to the president, published on the department’s website (but without specific details), included changes to the size or management of five other monuments: Cascade-Siskiyou on the border of Oregon and California, Gold Butte in Nevada, Katahdin Woods and Waters in Maine, and the Organ Mountains-Desert Peaks and Rio Grande Del Norte in New Mexico. He also suggested that three protected marine sites—the Northeast Canyons and Seamounts in Massachusetts, the Pacific Remote Islands and Rose Atoll in the South Pacific—be opened to commercial fishing.

“While early monument designations focused more on geological formations, archaeological ruins, and areas of historical interest, a more recent and broad interpretation of what constitutes an ‘object of historic or scientific interest’ has been extended to include landscape areas, biodiversity, and viewsheds. Moreover, features such as World War II desert bombing craters and remoteness have been included in justifying proclamations,” Zinke says in his report. “The responsibility of protecting America's public lands and unique antiquities should not be taken lightly; nor should the authority and the power granted to a President under the Act.”