The story beyond the booths' walls at Art Basel

From a painting once owned by Ernst Beyeler to an American soldier’s wartime memento, older works at the fair often have a rich history to reveal

“I sold this to Ernst Beyeler in 1992 when I was working for Larry Gagosian, probably for around $550,000,” says Andrew Fabricant of the Sam Francis painting Why Then Opened II (1962-63). Beyeler is, of course, the legendary dealer who co-founded Art Basel in 1971, and whose Fondation Beyeler is one of Switzerland’s leading museums (it also has a stand at the fair, H1). The painting is now back in Basel. “It’s a triumphant return,” says Fabricant, a partner at Richard Gray Gallery (G5), which is offering the work for $6.5m. “It’s from the last series Sam painted, called Blue Balls, and it’s singular in terms of its colour and its condition,” he says. Fabricant begged the painting’s current owner—a private US collector—to let him show the work at Basel. “Sam has such a history in this town… he was painting as well as anybody alive in 1962,” he says. 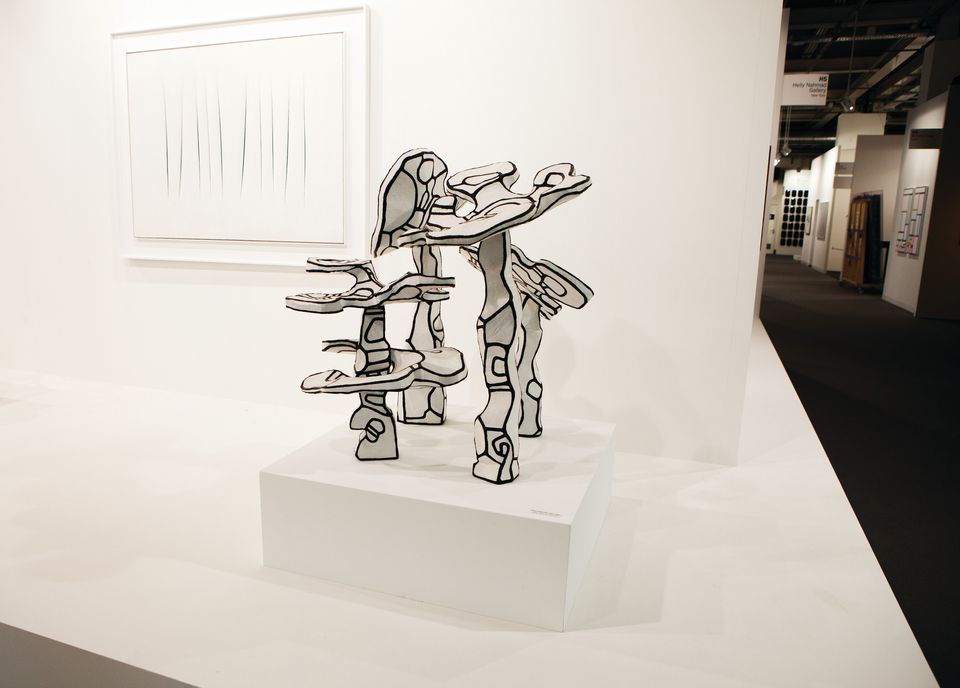 The legendary philanthropist David Rockefeller was behind the 40ft Jean Dubuffet installed in Chase Manhattan Plaza in downtown New York. Rockefeller commissioned and funded the work, which was unveiled in 1972. Dubuffet, in thanks for his benefactor’s largesse, gave him a maquette, Groupe de Quatre Arbes (État Définitif) (1970), which is one-twelfth the size of the larger installation. It is part of Dubuffet’s Hourloupe series of forms—in this case, trees—realised as sculptural doodles. The work, which previously sold at Sotheby’s in 2012 for $782,500, is now on offer for $1.8m at Helly Nahmad Gallery (H5). 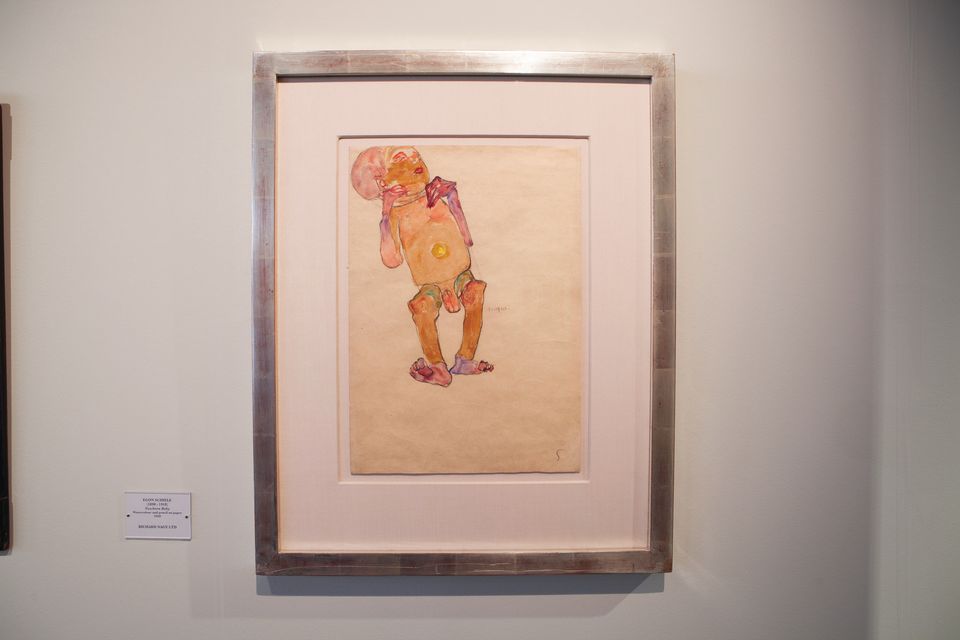 Fresh from the exhibition Egon Schiele: The Radical Nude, held earlier this year at the Courtauld Gallery in London, this watercolour and pencil on paper, Newborn Baby, dates from 1910, and is part of a small series of around ten works depicting pregnant women and their infants. The Viennese artist had an obstetrician friend, Dr Erwin von Graff, who allowed him to make drawings at the University’s frauenklinik (women’s hospital), explains Richard Nagy, the founder of the eponymous gallery (H2). This drawing comes from a private US collector, who has owned the work “for quite some time”, Nagy says. It is on offer for $600,000. 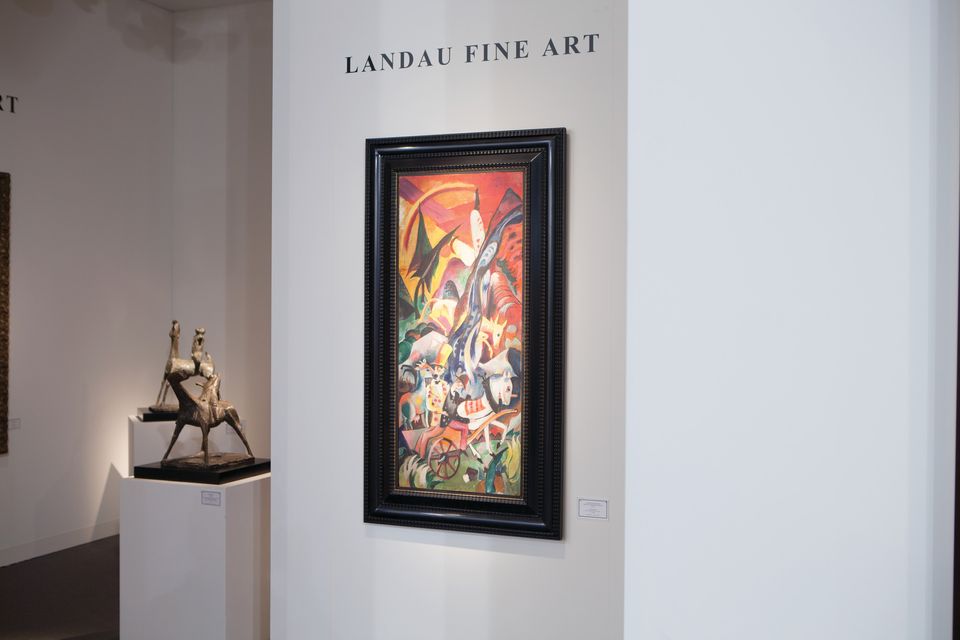 A Dutch painter associated with the German Blaue Reiter group, Heinrich Campendonk, was one of the many artists branded as a degenerate by the Nazis. On show at Landau Fine Art (F8), the painting Bayerische Landschaft mit Fuhrwerk was “bought by an American GI who took it to LA as a war souvenir,” says the gallery’s co-founder Robert Landau. “It was the only picture he ever owned of any significance. And, after he died, we bought it,” Landau says. The work, which is priced at $4.75m, is officially dated as 1917 but Landau believes it was painted earlier, in around 1914, because a study for the work was made in around 1912 or 1913. The inclusion of a waterfall in the painting also suggests an earlier date; Campendonk used to paint it with the fellow Blaue Reiter artist Franz Marc, who was dead by 1916, a casualty of the First World War. 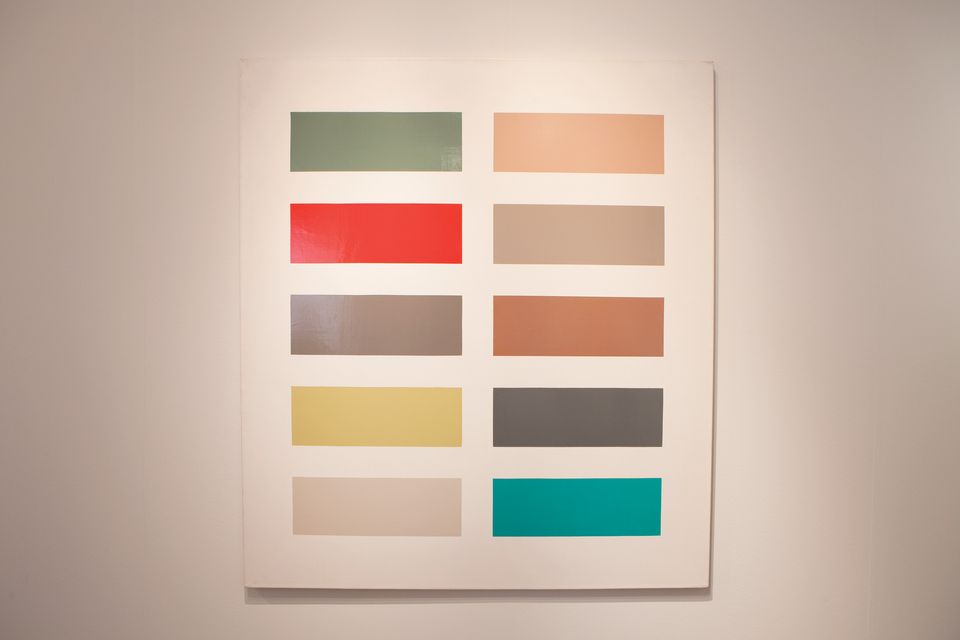 Collectors have been going nuts for abstract paintings by Gerhard Richter over the past few years. Since 2012, nine of Richter’s top ten auction records have been for a set for abstract works dating from between 1986 and 1994—including the most expensive work by the artist at auction, Abstraktes bild (1986), which sold for £30.4m ($46.4m) at Sotheby’s London in February. Those looking for an early prototype might want to head to Dominique Lévy Gallery (G14) where one of Richter’s first forays into conceptualism and abstraction is on show. The enamel on canvas work, Zehn Farben (ten colours), is one of the first colour chart paintings Richter made, painted in 1966. Based on commercial colour samples, the series was initially related to Pop Art but moved away from figuration towards abstraction through the 1970s, says Lock Kresler, a senior director at the gallery. The work had a $5m price tag and has been sold to a private US collector.

Those looking to buy their own might head to Lévy’s London gallery this autumn. “We’re working with the Gerhard Richter archive to stage the first ever exhibition of colour charts, focusing on the 1960s,” Kresler says. The show will run from 1 October until January 2016.