The back covers of both volumes of the monumental Father and Son: Nicola and Giovanni Pisano make what may seem a bold claim, to the effect that it deals with “a unique cultural phenomenon: the dialogue between a father and a son who were both geniuses. Nowhere else in the figurative arts, neither in literature nor in music, do we find this phenomenon of a father and a son who encounter one another at the highest artistic level”. Trying to find other such dynamic duos (Do Kingsley and Martin Amis cut the mustard? Have Orazio and Artemisia Gentileschi been excluded because she is a daughter?) might make for an appealingly highbrow postprandial sport, always assuming one were sure one understood how Max Seidel defines the key words “dialogue” and “genius”. It might equally be amusing to speculate on whether talentless fathers are more likely to be outclassed by their brilliant sons (Giovanni Santi and Raphael; Leopold and Wolfgang Amadeus Mozart) or inferior sons by their peerless fathers (various Bachs by Johann Sebastian).

What seems clear enough, however, is not only the stature of Nicola and Giovanni Pisano, but also the extraordinary distinction of Seidel’s homage to their art. This is by no means a conventional life-and-works monograph, but instead consists of a first volume of 467 double-column pages peppered with no fewer than 424 figures and devoted to a sequence of five mighty studies that focus on large themes—“Critical fortune”, “Research perspectives”, “The study of social history”, “The artist as iconographer” and “The dialogue”—counterpointed by a second volume with 504 plates, almost all of them taken expressly for this publication.

No doubt individual readers will find some sections more absorbing than others but—entirely characteristically—Seidel has no qualms about telling us which chapter matters most. In the final section, on page 349, he explains that from the outset he was determined “to focus on one central problem, that of the origin of Giovanni’s style in the period when he collaborated with his father on the pulpit in Siena”. He goes on to assert that “the stylistic analysis that follows is thus to be regarded as the most important part of this book”. Given the deftness and subtlety with which the standard model of the relationship between them is annihilated, he may indeed be right. No longer will it be possible to construe Giovanni’s “Gothic” as a repudiation of Nicola’s “Classicism”, because Seidel’s heroically close attention to visual detail utterly demolishes this lazy simplification, and instead helps us to see how what he terms the “dialogue” between them functions.

For all the richness of this analysis, the chapter on “The artist as iconographer” runs it particularly close. Seidel is almost terrifyingly omniscient, but what makes his approach so attractive is not just the depth of his knowledge, but also his conviction that artists were not mere recipients of the erudition of others. All too often these days, even those rare scholars who have interesting things to say about iconography tend to imply that subject matter was imposed from above on more or less blockheaded artists by their patrons. Seidel understands that the greatest artists almost invariably cared passionately about what they represented as well as how they represented it, and explains that the main purpose of this section is to “allow us to characterise with greater precision the personality of Nicola Pisano”. As an unexpected bonus, on pp 256-59 he reveals the origins in the Medieval bestiaries of the expression “licked into shape”.

It is conventional for rave reviews to be calmed down by the odd criticism, but this one is not really able to oblige. 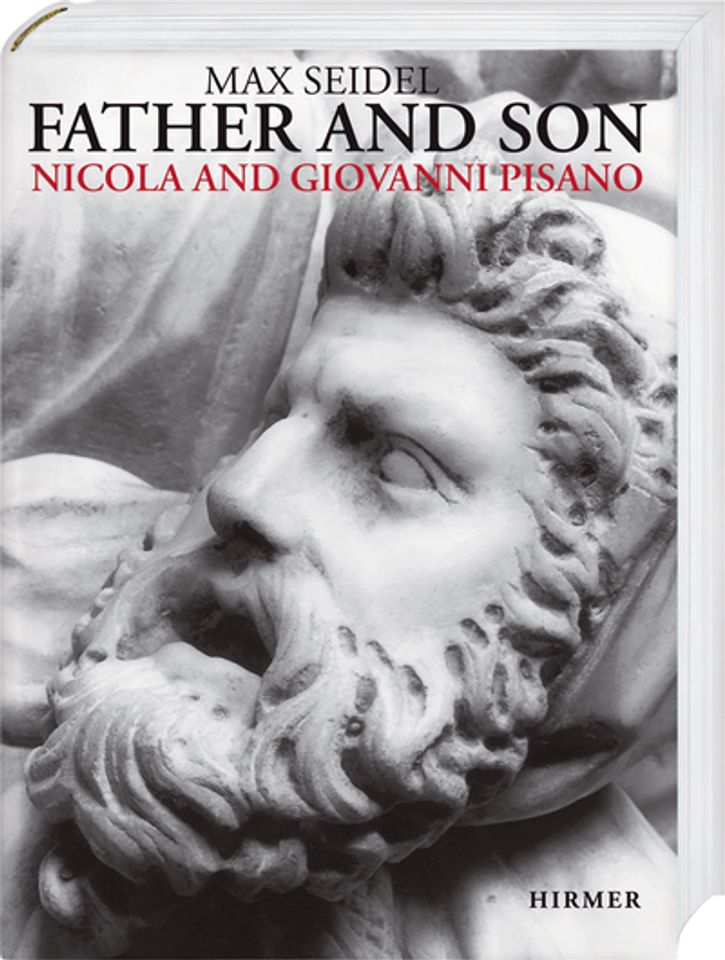 David Ekserdjian is the professor of art history at the University of Leicester and an authority on Italian Renaissance painting. He has published monographs on Correggio (1998) and Parmigianino (2006)