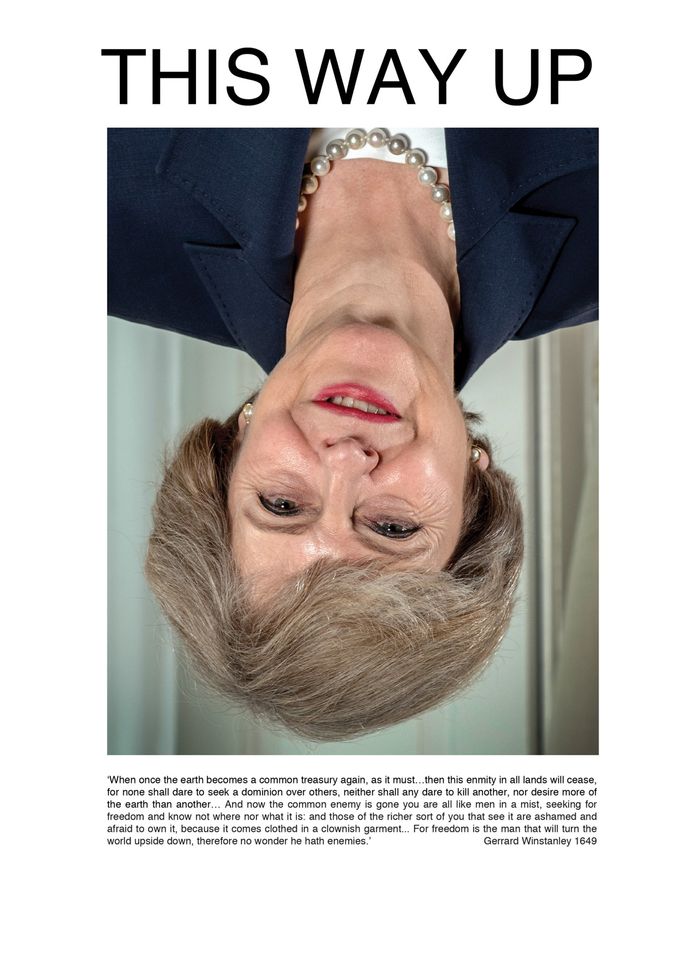 The Turner Prize-winning British artist Mark Wallinger’s new posters, some up to 10ft high, will be cropping up on billboards across Britain—in London, Bristol, Manchester and Glasgow—from today, as the UK prepares to leave the European Union on 29 March. They will be printed, distributed and fly posted by the company Flying Leaps.

The British prime minister Theresa May is featured, accompanied by the words of Gerrard Winstanley who was the radical leader and founder of the True Levellers, formed during the English Civil War.

The World Turned Upside Down (2019), a new sculpture by Wallinger, commissioned by the London School of Economics in association with the Contemporary Art Society, will be unveiled on 26 March. This permanent work will be located outside the Saw Swee Hock Student Centre on Portugal Street.