Zeitz MoCAA, the first major contemporary art museum to be built in Africa, has announced three of its inaugural exhibitions.

A monographic show devoted to the work of the Swaziland-born, South Africa-based artist Nandipha Mntambo, known for her sculptures of the female form made from natural materials such as cowhide (until 27 January 2018) will be one of a trio of exhibitions to mark the opening of the Cape Town museum on 22 September.

The Zimbabwean artist and activist Kudzanai Chiurai who fled his native country in 2004 after portraying president Robert Mugabe as a demonic figure, will also receive an early career survey (until 31 March 2018). This will include his multi-media installation shown at the 2012 edition of Documenta in Germany, Conflict Resolution, which explores recurring themes in Chiurai’s work: war, abuses of power, reconstruction, and solidarity.

The Angolan artist Edson Chagas completes the trio; the survey of his work (until 13 January 2018) will include his installation for the Angola Pavilion at the 2013 Venice Biennale which won the Golden Lion prize for the best national pavilion and consists of stacks of posters showing discarded objects and doorways in the Angolan capital Luanda. In a nod to the late Cuban-born artist Félix González-Torres, viewers are invited to take away one copy of each poster. 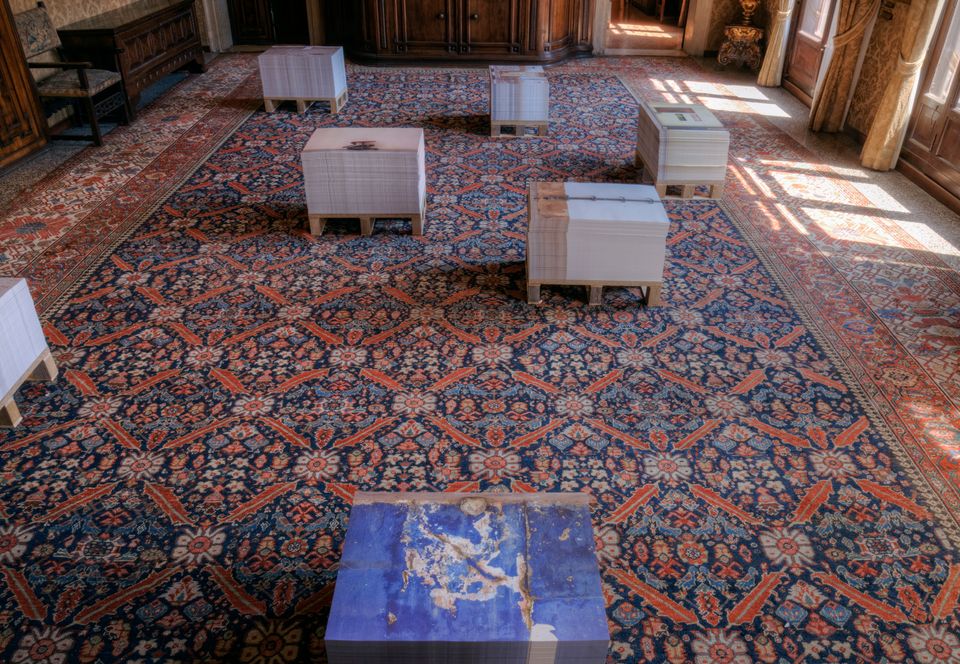 Each exhibition will take over an entire floor of the fledgling institution.

“We are committed to creating a platform for many different voices from across Africa and to support cutting-edge practice across the continent,” says Mark Coetzee, the executive director and chief curator of Zeitz MoCAA. He adds that the three shows will take place alongside another 11 displays which are yet to be announced. In total, the museum will comprise 80 galleries over nine floors.

The opening shows will be mostly drawn from the collection of contemporary art from Africa and its diaspora assembled by Coetzee for Jochen Zeitz, the former chairman of the sportswear company Puma, who has given his art on long-term loan to Zeitz MoCAA (its full name is Zeitz Museum of Contemporary Art Africa). He has also made a donation towards the running costs of the museum.

The V&A Waterfront, the company that manages the waterside hub where the museum is located, has funded the 500m rand ($38.4m) costs of converting a 1920s grain silo into a state-of-the-art museum to the plans of Heatherwick Studio, led by the British designer Thomas Heatherwick.

Multi-disciplinary museum As well as galleries for temporary shows, the museum will include spaces for the permanent collection and for six different research centres devoted to fashion, photography, performance, the moving image, education and curatorial training.

A foundation set up by the New York-born photographer Roger Ballen, who has spent most of his working life in South Africa, has donated Ballen’s entire archive to the museum and also provided a substantial financial gift to support the new photography centre which will bear his name.

“It has been my great desire to contribute to the understanding of photography in South Africa in the country that I call home,” Ballen said in a statement. “By donating my archive and finance to Zeitz MoCAA, I wish to commit to the ongoing success of this important museum in Africa and ensure that photography is guaranteed a place in [its] activities.”

Another donation to the photography centre has come from the Eiger Foundation, a grant-making body based in Switzerland, which has provided funding to endow a curatorial position, among other initiatives.

Fund-raising auction Meanwhile 14 artists including Pascale Marthine Tayou, Isaac Julien and Yinka Shonibare have donated work to Zeitz MoCAA which will be auctioned at Christie’s in London on 8 March to raise funds for the institution. A tapestry made from recycled aluminium bottle tops by the Ghanian artist El Anatsui (Warrior, 2015), carries the highest estimate of the group (£400,000 to £600,000).