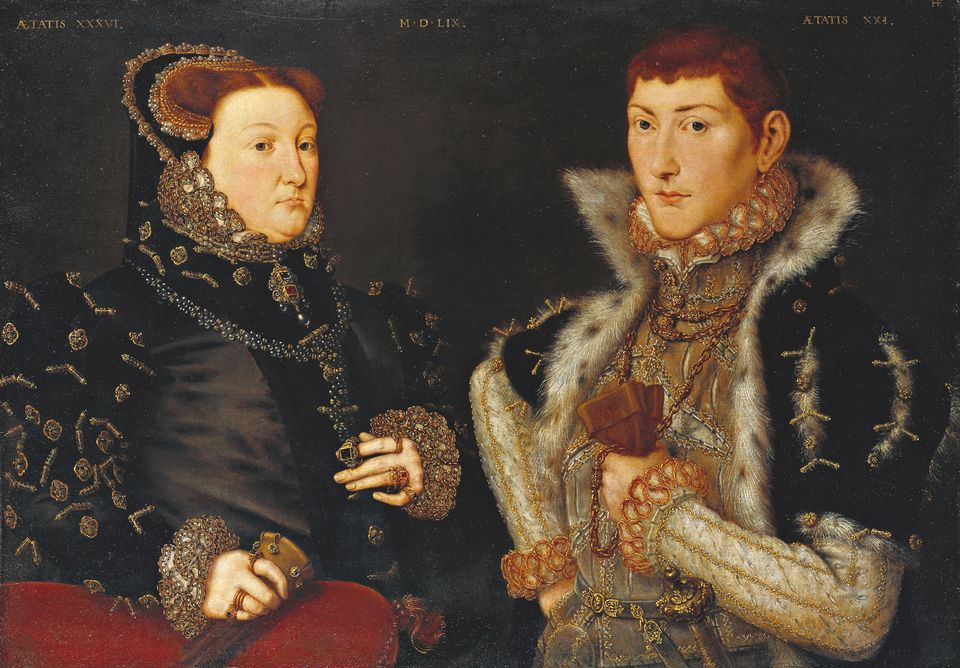 Hans Esworth's Portrait of Lady Mary Neville, Lady Dacre and her Son Gregory Fiennes (1559) is on show at Strawberry Hill

Many exhibitions are billed as “once in a lifetime”, but few I think deserve the description as does Lost Treasures of Strawberry Hill: Masterpieces from Horace Walpole’s Collection, which opens tomorrow (20 October-24 February 2019). Horace Walpole (1717-97), the man of letters and “prime minister of taste”, built Strawberry Hill as a statement of his taste—a fantasy Gothic castle stuffed with all manner of curiosities and works of art. The house was sold and the collection dispersed in 1842. However, detailed drawings of the house’s interiors, a room-by-room description by Walpole himself and many annotated auction catalogues have enabled a restoration of the fabric and recovery of many of the contents since the Strawberry Hill Trust’s opening of the house to the public in 2009. Now, 200 more recently discovered pieces have been temporarily loaned to complement the permanent features, thus re-creating as nearly as possible the house Walpole himself confected. Come 25 February the Walpolean dream will once again vanish.

This weekend is the last chance to see the National Portrait Gallery’s Michael Jackson: On the Wall (until 21 October) exhibition, which looks at how the king of pop became the subject of so many works by contemporary artists. Jackson’s influence on music and popular culture has been widely explored, but this is the first time a major art museum is looking at the effect he had—and still has—on artists. The exhibition includes a variety of works, such as early portraits of the singer by Andy Warhol in the 1980s; Jackson on horseback in Equestrian Portrait of King Philip II (2009) by Kehinde Wiley based on Rubens’s Philip II on Horseback (around 1630); and Hank Willis Thomas’s Time Can be a Villain or a Friend (1984/2009), which is a haunting 1984 image from Ebony magazine of how Jackson might look in the year 2000.

While many contemporary artists have embraced Virtual Reality (VR) technology in recent years, the results have often been disappointing with little exploration of the technologies inherent properties—namely that you are immersed in a 360-degree world. The US artist Jordan Wolfson has harnessed another property of wearing a VR headset—you are strapped into an environment where it is difficult to avert your gaze. Closing this weekend at the Zabludowicz Collection is 360: Jordan Wolfson (until 21 October), showcasing Wolfson’s Real Violence (2017). The short VR film shows a man kneeling on the pavement being brutally beaten to death using a baseball bat by another man, played by the artist. A Hebrew Hanukkah prayer plays over the sounds of the pounding bat and stomping foot of the attacker, as cars and pedestrians pass by. It is a gut-wrenching assault and disturbing viewing making us confront violence that perhaps we choose to gloss over in our daily dose of news. Not for the faint hearted.