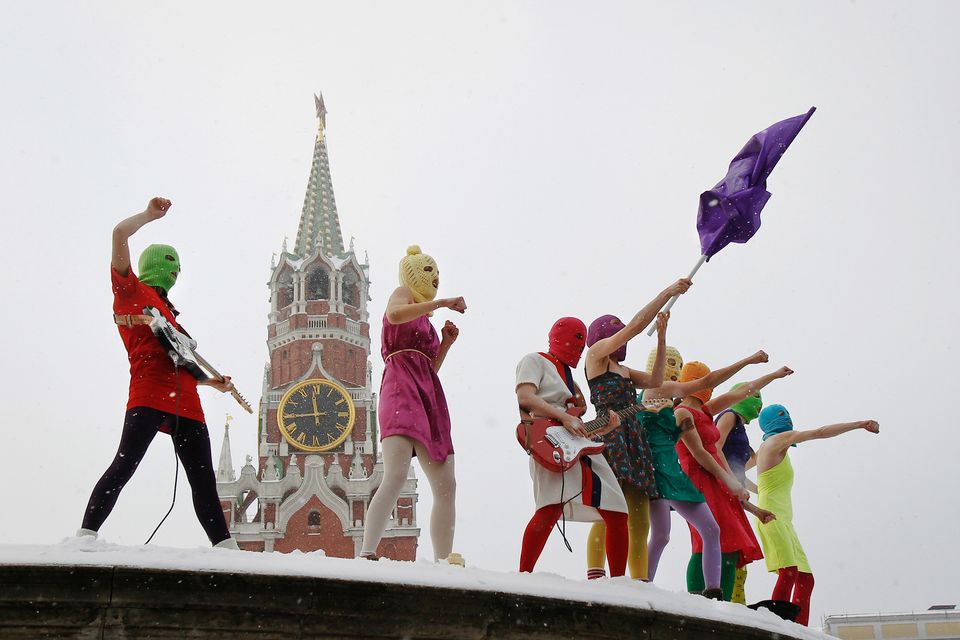 Inside Pussy Riot (until 24 December) at the Saatchi Gallery is billed as an “immersive theatrical punk production” and runs alongside the exhibition Art Riot: Post-Soviet Actionism, which is dedicated to post Soviet protest art from the last 20 years. The hour-long piece has been devised by the theatre group Les Enfants Terribles and takes audiences through the arrest and imprisonment of the post-punk protest group Pussy Riot, following their 2012 performance of a Punk Prayer inside Moscow’s Cathedral of Christ the Saviour. The work particularly draws on the experience of Nadya Tolokonnikova, who served 16 months of her two year sentence for hooliganism mostly inside Russia’s notorious Mordovia penal colony. While Inside Pussy Riot may be somewhat crude and clunky in parts, it is also at times surprisingly challenging and shocking.

There is little better than taking a stroll through Hyde Park on a cold and crisp, sunny autumn day surrounded by leaves in various shades of ochre and warm weather now a distant memory. The run of this year’s summer architectural commission, the Serpentine Pavilion designed by Francis Kéré (until 19 November), was extended and can still be enjoyed for one final weekend before it is taken down. After 2016’s towering “unzipped" fibreglass wall by Bjarke Ingels Group, Francis Kéré’s design is on a more human scale and the use of wood as the main material is more sympathetic and forgiving—one feels a sense of calm navigating through it. In an interview published this week in the Portuguese newspaper Público, Kéré shared that the Serpentine director Hans Ulrich Obrist told him it had been the most popular pavilion yet. And should the English weather take a turn for the worse, the Berlin-based, Burkina Faso-born architect has designed a funnel at the centre of the pavilion that creates a waterfall when it rains.

Another catch-it-before-it-closes show, De Kooning: Late Paintings (until 25 November) sees the Abstract Expressionist abandon the thickly worked canvases of earlier decades for spare, flowing compositions influenced by the late works of another Modern master—Henri Matisse’s cut-outs. Willem de Kooning’s bright, swooping “ribbon” paintings made in the 1980s—and last seen in London more than two decades ago at the old Tate Gallery—have returned in a focused display at Skarstedt Gallery. The show counters suggestions that the transition marked the onset of de Kooning’s mental decline due to Alzheimer’s (diagnosed in 1989, the year before he stopped painting), says the gallery’s director Bona Montagu, arguing instead for a final burst of his restless creativity.