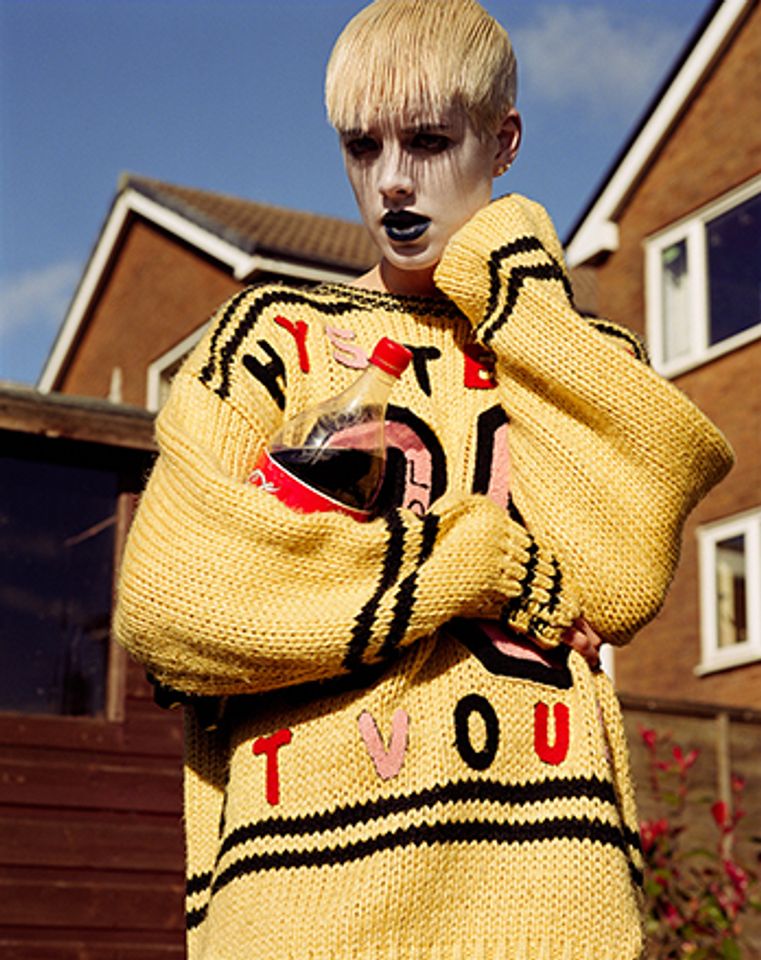 This weekend is your last chance to see Somerset House’s exhibition North: Fashioning Identity (until 4 February), which digs beneath the stereotypes of cobbled streets. Photography acts as Janus here, celebrating cultural heritage while preserving it as cliché (witness the inevitable image of Liam Gallagher’s sneer), but well-chosen examples from fashion and music illuminate life beyond the M25: neon shoelaces co-created by the Haçienda’s interior designer, Ben Kelly, are a potent symbol of rave, while the family tree of Happy Mondays frontman Shaun Ryder covers an entire wall. There are surprises, too, from John Bulmer’s 1965 photograph of a wiry miner frowning through the mist to Nik Hartley’s 2015 series depicting British Asians in Nelson, Lancashire. Meanwhile, past and present are neatly linked in Alasdair McLellan’s work: his unsettling 2008 image of an androgynous, black-lipped Agyness Deyn in nearby Rawtenstall could have been titled The Woman Who Fell to Earth.

The You in Us (until 25 March) at the Chisenhale Gallery is Lydia Ourahmane’s first solo show at a major institution. For the exhibition, the Algerian-born artist has created a new sound piece, titled Paradis (2018), that rumbles underfoot and includes field recordings made by Ourahmane in Oran, where she lives when not in London. Another new work, Droit de Sang (Blood Right) (2018), tells the story of her Algerian grandfather who removed all his teeth to avoid being conscripted to the French army. Teeth are also the subject, and medium, of In the Absence of our Mothers (2015-18), which includes a single gold tooth in the gallery space and a duplicate implanted in Ourahmane’s mouth. The artist’s work often explores geopolitical issues but takes a deeply personal approach.

There is just over a week left to catch the stunning Cézanne Portraits (until 11 February) exhibition at the National Portrait Gallery before it jets off to the National Gallery of Art in Washington, DC. The exhibition is a rare opportunity to see the development of Cézanne’s painting style across one of his more overlooked painting genres: portraiture. Although at times he seems to be grappling with his medium, there is a sense that he gets a real kick out of it too. The different styles range from the thick impasto applied with a palette-knife in a series of portraits of his uncle Dominique (1866-67), to the refined brushwork of as seen in an 1883 portrait of his son. Cézanne described the former technique as the “couillarde” method (from coquilles—to have balls). The exhibition includes more than 50 works, many of which have not been exhibited in the UK before, such as the artist’s bowler hat self-portraits and two paintings of his wife, Hortense Fiquet.