Michael Jackson is a thrilling muse at the National Portrait Gallery, while ancient Egypt is given a modern twist at the British Museum 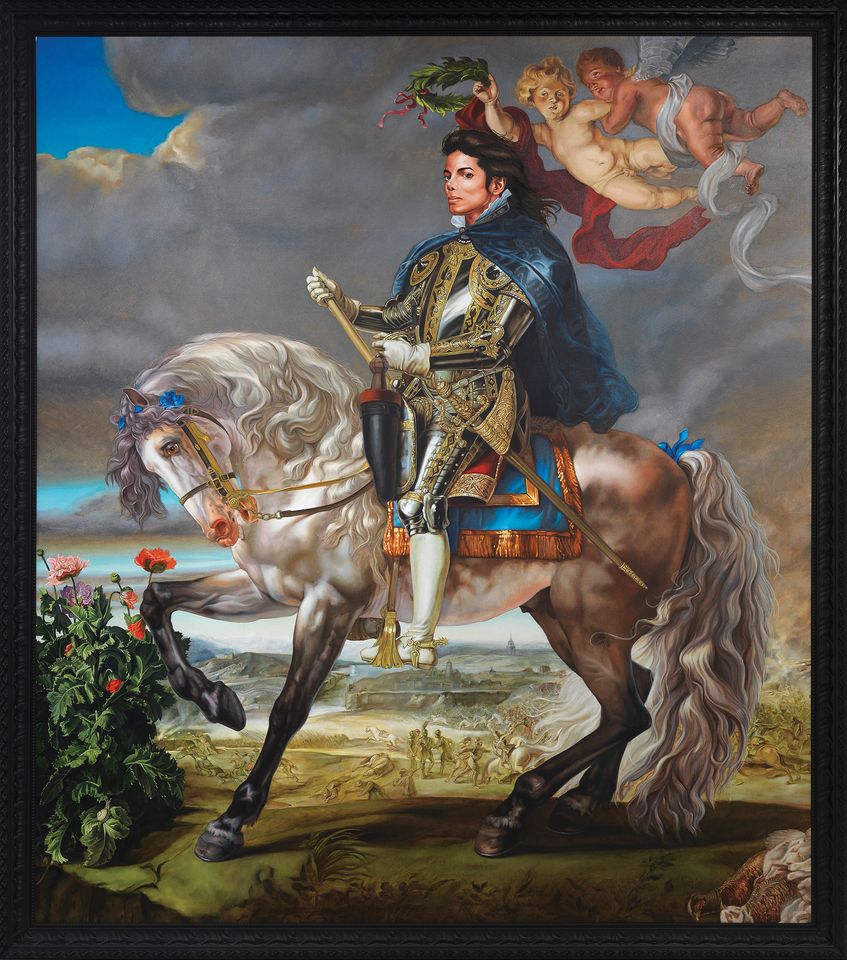 David Bowie, Björk and even Kylie Minogue have been the focus of major museum exhibitions in recent years but unlike those shows—focusing on pop star paraphernalia and artwork—the National Portrait Gallery’s Michael Jackson: On the Wall (until 21 October) looks at how the king of pop became the subject of so many works by contemporary artists. Jackson’s influence on music and popular culture has been widely explored, but this is the first time a major art museum is looking at the effect he had—and still has—on artists. The exhibition includes a variety of works, from early portraits of the singer by Andy Warhol in the 1980s, to Jackson on horseback in the painting Equestrian Portrait of King Philip II (2009) by Kehinde Wiley—a work based on Rubens’ Philip II on Horseback (around 1630). (To find out what Michael means to some of the participating artists, see Can’t beat it? Michael Jackson’s impact on contemporary art explored in London show)

The eight artists and designers shortlisted for this year’s Jameel Prize 5 go on show at the Victoria and Albert Museum this week (until 25 November). Nominees this year include the Iranian artist Kamrooz Aram, the Bahraini fashion designer Hala Kaiksow, and Hayv Kahraman of Iraq who is showing her distinctive paintings of female figures based on 3D scans of herself. This year, two recipients won the £25,000 prize (the Iraqi artist Mehdi Moutashar and the Bangladeshi architect Marina Tabassum), the first time the biennial award for contemporary artists and designers inspired by Islamic tradition has been given to joint winners. Moutashar has created four works of minimalist abstraction rooted in Islamic geometry, including A fold at 120 degrees and a square (2014), while Tabassum won the accolade for her Bait ur Rouf mosque built in 2012 in Dhaka.

The British Museum is known for its Egyptian antiquities but within the past two years it has been adding modern objects from the country to its collection as part of its Modern Egypt Project. The Past Is Present: Becoming Egyptian in the 20th Century (until 22 July) features a selection of these acquisitions, including packets of pasta and banknotes that depict ancient symbols such as the pyramids or the Great Sphinx. Since the 1920s, these symbols have been used to create a visual identity that is distinctly Egyptian unlike the Islamic or Arab symbols promoted by the government in the 19th century, says the museum’s keeper of Ancient Egypt and Sudan, Neal Spencer. “I’m an archaeologist, so I see our approach to Modern Egypt as collecting not art with a capital A, but rather the materiality of everyday life… everyday objects.” The exhibition is sponsored by Asahi Shimbun.