Thyssen-Bornemisza Collection can keep a painting that the Nazis stole, US judge rules

The judge says the work should have raised suspicions, but that he must apply Spanish law 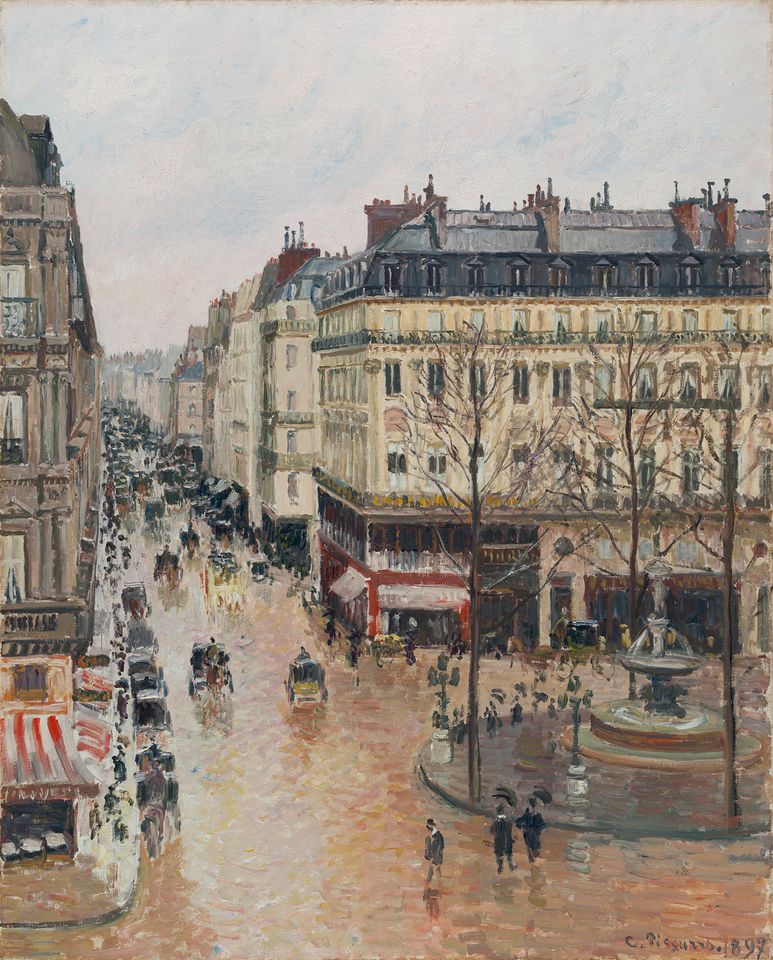 The Thyssen-Bornemisza Collection Foundation (TBC) is the lawful owner of a Camille Pissarro painting that the Nazis stole from a woman fleeing the Nazis, a federal judge in California has ruled.

The work’s Jewish owner, Lilly Cassirer Neubauer, had been forced to sell the painting, Rue St. Honoré, Après Midi, Effet de Pluie (1897), for $360 in 1939 to obtain an exit visa to leave Germany. Her heirs have been battling in federal court to obtain possession of the Pissarro for 14 years.

In his decision on 30 April, US District Court Judge John Walker noted that Spain, which owns the Thyssen-Bornemisza National Museum, is a signatory to the Washington Principles, an international agreement that encourages governments to achieve “just and fair” solutions in cases of Nazi-looted art. The TCB’s “refusal to return the painting to the Cassirers is inconsistent with the Washington Principles”, the judge wrote.

Asked about the judge’s comments regarding the Washington Principles, Thaddeus Stauber, a lawyer who represents the museum, said, “I appreciate the question, but I would like to focus on what the result was: The foundation is the rightful owner based on factual and historical evidence.” He added, “We now have a decision and that should put an end to it.”

The case has been up on appeal three times. The heirs’ lawyers did not respond to requests for comment, including a query on whether they plan to appeal.

The judge wrote that it was undisputed that the Pissarro was stolen, and that the descendants would have won the case if US law were applied because thieves “cannot pass good title to anyone, including a good faith purchaser”. But he was constrained to apply Spanish law because the painting was in Spain and Spain owns the collection, which it purchased from Baron Hans Heinrich Thyssen-Bornemisza in 1993.

Judge Walker’s inquiry was limited to two questions. First, did Baron Thyssen-Bornemisza, who bought the painting in 1976 from the Stephen Hahn gallery in New York, acquire it in good faith? The judge found that he did not because numerous red flags should have prompted him to pose further questions about the work. Labels had been ripped from the back of the painting, in a move that the plaintiffs’ expert likened to filing the serial number off a stolen gun; a torn label indicated that the work had been in Berlin; and Pissarro paintings were known to have been looted by the Nazis. The baron, Judge Walker found, failed to conduct reasonable inquiries to determine whether the work was stolen.

But the baron’s lack of good faith was ultimately irrelevant to whether the TBC is the lawful owner, the judge wrote. The crucial, second question under Spanish law was whether the Baron or the TBC had “actual knowledge” that the painting was stolen. The baron paid fair market value for the painting from a reputable gallery, the court found, and although the red flags “should have raised the baron’s suspicions, they fall well short” of the certainty that Spanish law requires.

“The court has no alternative but to apply Spanish law and cannot force the kingdom of Spain or TBC to comply with its moral commitments” under the Washington Principles, the judge wrote, and “must enter judgment in favor of TBC”.