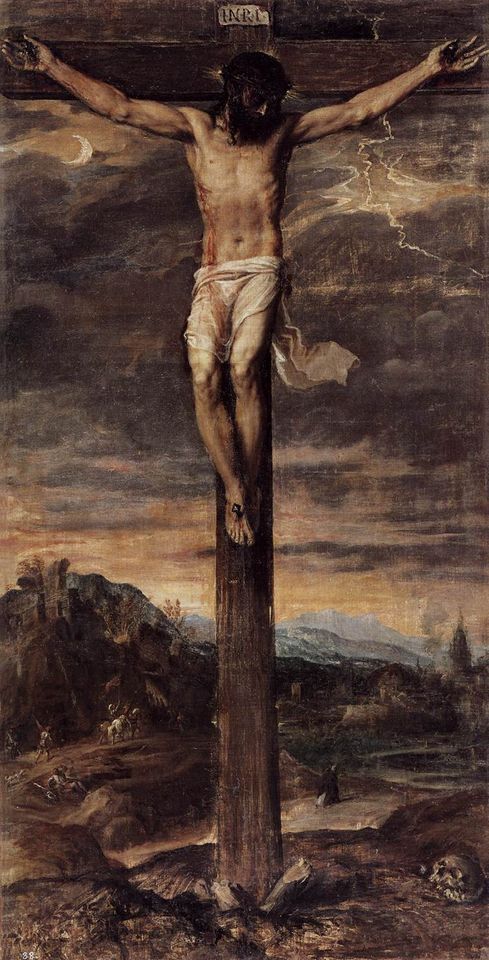 Titian's Crucifixion (around 1555) Via wikicommons

The organisation responsible for managing a number of royal residences in Spain has confirmed that a Titian painting is undergoing restoration after it fell off the wall in the Royal Monastery of San Lorenzo de El Escorial. The work was on display in the Sacristy which is not publicly accessible.

The lower part of the painting, which depicts the Crucifixion (around 1555), was torn after the piece loosened due to weak wall fastenings. Crucially, the figure of Christ was undamaged. “Detaching from the wall caused a considerable horizontal tear [across the canvas support],” says an official statement.

“The painting did not fall to the ground [contrary to press reports]. After coming away from the wall, it fell onto a dresser containing liturgical objects,” the statement adds. “The surface of the painting was not harmed; it was sent immediately to the restoration workshops at the Royal Palace of Madrid to be restored.” Conservation experts from museums including the Museo del Prado will also be consulted during the restoration process.

The town of San Lorenzo de El Escorial is located about 35 miles northwest of Madrid. El Escorial is a royal complex built in the 16th century which incorporates a monastery, library and museum.