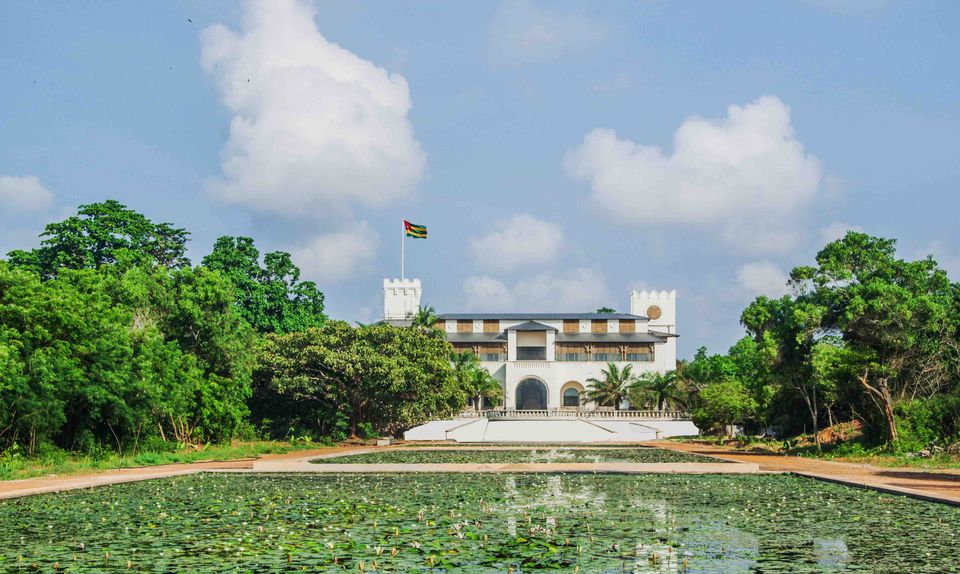 Palais de Lomé in Togo is housed in the former Governor's Palace, a remnant of the country's colonial history © 2018 - Palais de Lomé

Togo has opened its first major contemporary art and culture centre. Palais de Lomé, housed in a restored colonial-era palace, is the only contemporary art centre in Africa to be fully financed by the state.

“We have the opportunity to re-appropriate our heritage,” said the president of Togo’s national assembly, Yawa Tsegan, in French at the institution’s inauguration on Friday. The event was attended by high-ranking officials including the Togolese president Faure Essozimna Gnassingbé, the country’s prime minister Komi Sélom Klassou, heads of Togo’s various ethnic groups as well as the prominent American artist Kehinde Wiley. “This is not just a restored building, it's an art centre of international standing that will bear witness to the diversity of national and pan-African cultural production,” Tsegan said.

Set on the seafront in the Togolese capital of Lomé the Palais de Lomé boasts several exhibition spaces, as well as an 11-hectare botanical park with ancient trees, medicinal plants, a beehive and more than 40 species of birds. Lomé is the only capital in coastal west Africa to have a public park on the seafront, says Sonia Lawson, the director of the Palais de Lomé and the driving force behind the project. “Everywhere else, such real estate has been built up, because it’s gold.” 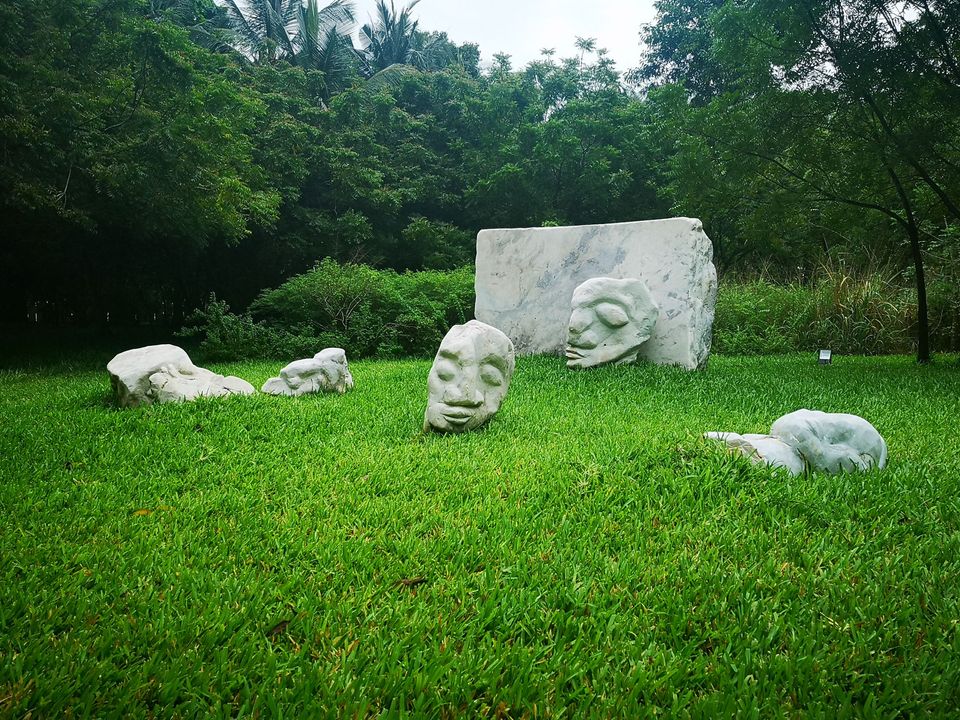 For the first time in its 120-year history, the colonial landmark formerly called the Governor's Palace will be accessible to the Togolese public. “It was a place of exclusion, a place that was closed and forbidden, now it is open to everyone,” Lawson says. Built at the turn of the 19th century by the German colonial powers as a residency for the governor, the building was taken over by French authorities after the First World War and then became a base for the Togolese state after the country gained independence in 1960. In the early 1990s it housed the prime minister’s office but lay abandoned for the next 20 years after political upheavals.

In 2014, Togo’s government commissioned a group of French architecture firms, Segond-Guyon, Archipat and Sara Consult, as well as the landscape designer Frédéric Reynauld, to restore the building and its grounds. The architects worked exclusively with local contractors, hiring ten Togolese companies to carry out the design. The building’s coastal location is a challenge, the architects say. Corrosion of the steel frame due to exposure to the salty sea air will need to be mitigated and the building's exterior will require repainting every three years.

While the government footed the XOF 2.2bn ($3.7m) bill for the renovation, Lawson hopes to attract corporate sponsorship to cover the operating costs. “We want to decrease the budget connected to the government to around half.” She is setting up an advisory board as well as a Friends of the Palais de Lomé scheme to help improve access to sponsorship, with the specific goal of involving leading cultural figures from the continent. “Pan-African positioning is very important to us,” she says. Ticket prices will cost less than $2; one day a month will be free of charge. School children and university students will be able to partake in educational workshops around the exhibitions as well as guided tours of the park.

The Palais de Lomé opens to the public on 28 November with five inaugural exhibitions. Chief among them is Togo of the Kings (until May 2020), presenting artefacts belonging to the kingdoms, chieftaincies and traditional communities of Togo. The objects were sourced directly from their current owners and have rarely been shown in an exhibition context. Another show pays tribute to the work of the acclaimed Togolese designer Kossi Aguessy, who died of a cancer aged just 40 in 2012. After taking a degree from Central Saint Martins in London, Aguessy worked for Phillip Starck in Paris before setting up his own studio in 2008. His amorphous forms and focus on sustainability caught the attention of the Museum of Modern Art and Design in New York and the Centre Pompidou in Paris, with his works subsequently entering their collections. The Palais de Lomé’s exhibition is the artist’s first on the continent. 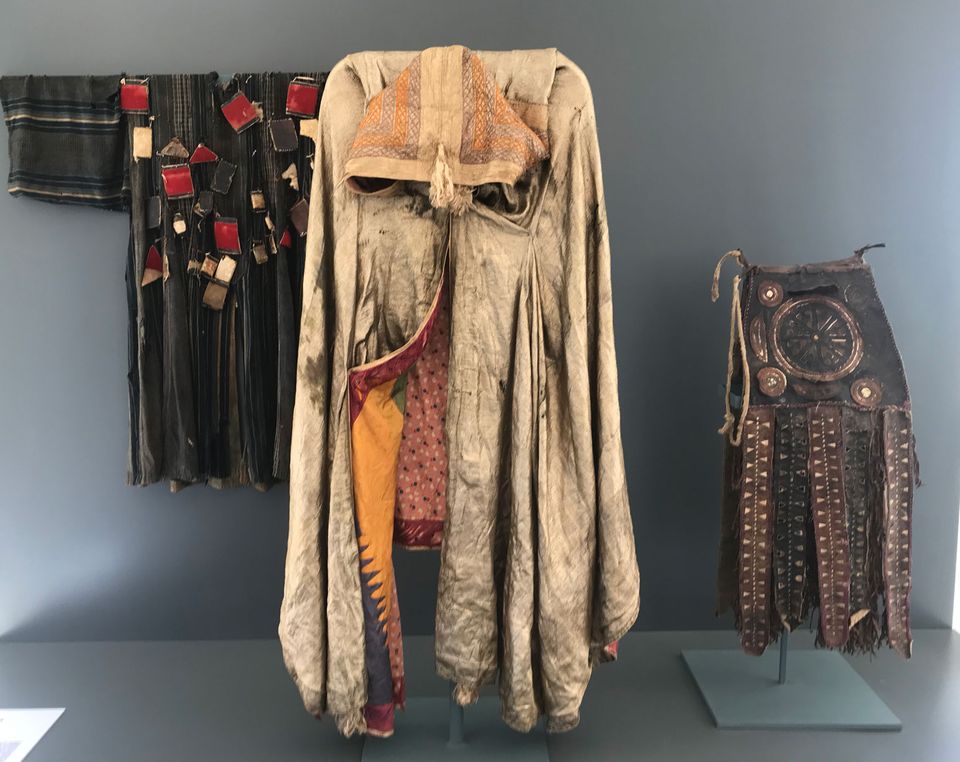 Meanwhile, the centre’s emphasis on Pan-African integration is underscored by the exhibition Three Borders, which brings together works by the Togolese artists Tété Azankpo and Emmanuel Sogbadji, with Serge Clottey and Issah Al-Hassan from Ghana, Prince Toffa, Edwige Aplogan and Euloge Glélé from Benin and Kelani Abass from Nigeria. Coming to terms with these countries’ colonial pasts is a common theme in their works. Photographs documenting the reconstruction of the Palais de Lomé are the subject of the fourth exhibition in the Palais, tracing the institution’s journey from a crumbling relic of colonial rule to the distinguished artistic platform it has become today. Lomé +, an exhibition focused on the everyday life of the Togolese, featuring a video triptych by Elom 20ce among others, will open in January (until November 2021).

“The Palais de Lomé’s kind of public-private partnership can set an example for the rest of Africa,” says Azu Nwagbogu, the director of the African Artists’ Foundation and the Lagos Photo Festival. “It’s about hosting the world rather than being somebody else’s guest. We want to tell our history from our own perspective. Hosting is about controlling what people see, creating a narrative around the display by being able to dictate what we think is important,” he says. The Palais de Lomé’s “x factor” is the unique draw of the lush city of Lomé as well as the spotlight on biodiversity, he says. “Our planet is dying, so the park is another element that makes the Palais unique and forward-looking.” 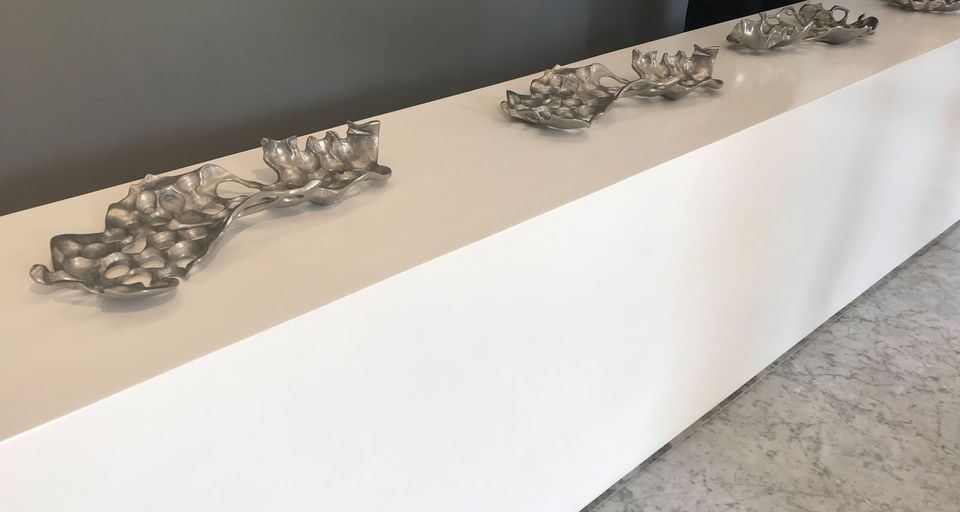 Indeed, the arrival of the Palais de Lomé appears to have already spawned other artistic initiatives in the country. Sandra Agbessi, the curator of the Kossi Aguessy exhibition, is planning to relaunch her artist residency, Le Laboratoire, in Lomé next year, while two commercial galleries are due to open in the capital soon, as well as another near the picturesque Lake Togo.

The institution is also helping to chip away at the stereotype that African venues are unfit to exhibit repatriated material. “The Palais has resources that will certainly make collaboration easier,” says a spokesman of Berlin's Humboldt Forum at the inauguration of the Palais de Lomé. The Humboldt Forum, which is due to open in 2020, will house Berlin’s non-European ethnological and Asian art collections. They contain a number of Togolese objects taken in the German colonial period between 1884 and 1916. During a state visit to Germany in 2018, President Gnassingbé met with Hermann Parzinger, the president of the Prussian Cultural Heritage Foundation, to discuss the future presentation of these artefacts. “There is great interest on both sides to work together, which was expressed on the highest level,” the spokesman says, adding that the forum’s west Africa curator is expected to visit the Palais de Lomé in the coming months.

Sandwiched between Ghana and Benin on the Gulf of Guinea, the small nation of Togo is among the poorest countries in the world. Political instability and human rights violations have hampered opportunities for foreign investment since the end of colonial rule. But the opening of the Palais de Lomé is the latest indicator that the country, rich in phosphates and home to a major deep-water port in coastal west Africa, is developing into an important economic and transport hub in the region.

"After a series of political, economic and social crises in the 1990s and 2000s, Togo was shunned and portrayed as a wasteland by Togolese artists and writers who rarely spoke about the possibility of future artistic regeneration in a land they are now at odds with. In that sense, the Palais de Lomé can be seen as a gesture of goodwill offered by the President, Faure Gnassingbé, to those who turned their backs on Togo," writes Claude Grunitzky on his media platform True Africa. Grunitzky is an editor of Togolese descent and the founder of the global lifestyle publication Trace. "The Palais de Lomé is not a perfect museum, but it’s just the kind of museum a city like Lomé needs right now," he adds.

Lawson says there is no censorship of artists in Togo. The issue, rather, is that “if you want to express yourself freely as an artist, you must have the opportunity to be shown.”