Will New York district attorney’s new unit clean up the antiquities market—or shut it down? 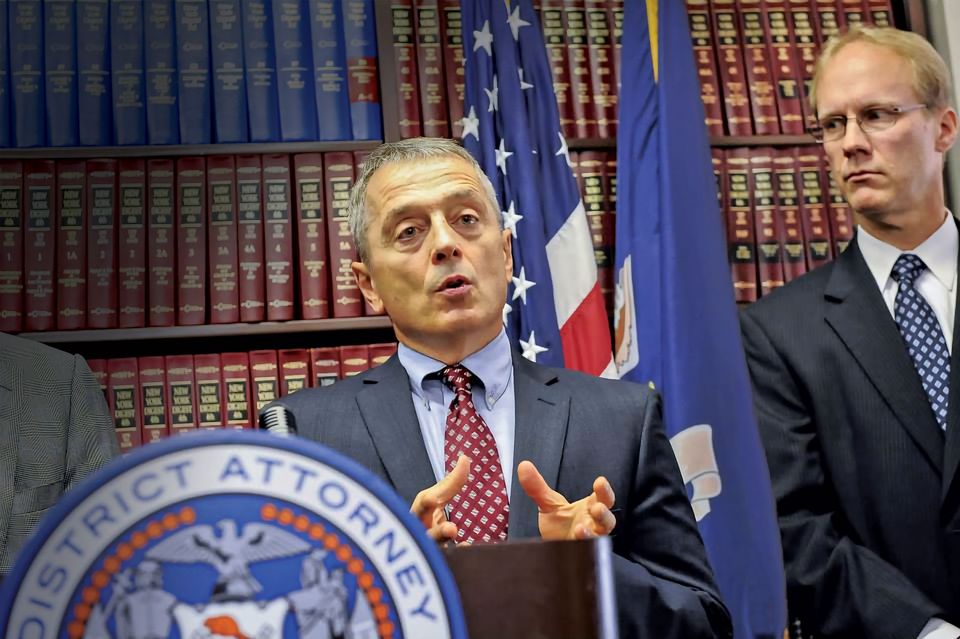 Over the past year, the Manhattan district attorney Cyrus Vance has stepped up seizures of allegedly looted artefacts, some worth millions of dollars, with highly publicised raids targeting the billionaire collector Michael Steinhardt, Phoenix Ancient Art gallery and the Metropolitan Museum of Art. There may be more to come: in December, Matthew Bogdanos, the assistant district attorney (DA) leading the charge, was granted a dedicated antiquities trafficking unit. He now has as many as 40 open cases, including some concerning well-known collectors, according to a figure familiar with the investigations.

Bogdanos—a former marine colonel and classics scholar who worked to recover artefacts from Baghdad’s National Museum of Iraq during the Iraq war—declined to comment for this article. But one effect of the DA’s actions is clear: an increasingly jittery antiquities market. “New York is now upside-down. No one knows what’s going to happen”, says a market participant who, like others, requested anonymity for fear of drawing Bogdanos’s attention.

“The veil of privacy on personal holdings has been opened”, says William Pearlstein, a lawyer who has represented others who have had antiquities siezed. “The high end of the antiquities market is fairly narrow, with a limited number of dealers selling to a limited number of collectors”. The fact that the warrants have been served on not just dealers, but also collectors and museums indicates Bogdanos “has a good snapshot of who owns what”, he says.

Also, rather than bringing a civil suit to determine the legal owner of the objects, Bogdanos is using the criminal process, apparently trying to build cases that could result in prison time. The search warrant for Michael Steinhardt’s residence, for example, sought computers, mobile phones and documents that could uncover the names of his potential “co-conspirators” and “accomplices” and the “modus operandi of the crime of Criminal Possession of Stolen Property in the First Degree”.

Steinhardt declined to comment, and Phoenix has said it did all it could to investigate provenance. Before last summer’s seizure at the Met of a marble bull’s head loaned by Steinhardt, the museum had informed Lebanese authorities about the object, and it was in touch with Italian authorities before receiving Bogdanos’s warrant for another piece, a krater (the Met declined to comment on whether Italy requested its return). “The Met is and will remain engaged in ensuring the provenance of our collection and items on loan… this recent activity reflects our proactive approach and our productive working relationships with nations around the world, and with local authorities,” a Met spokesman says. 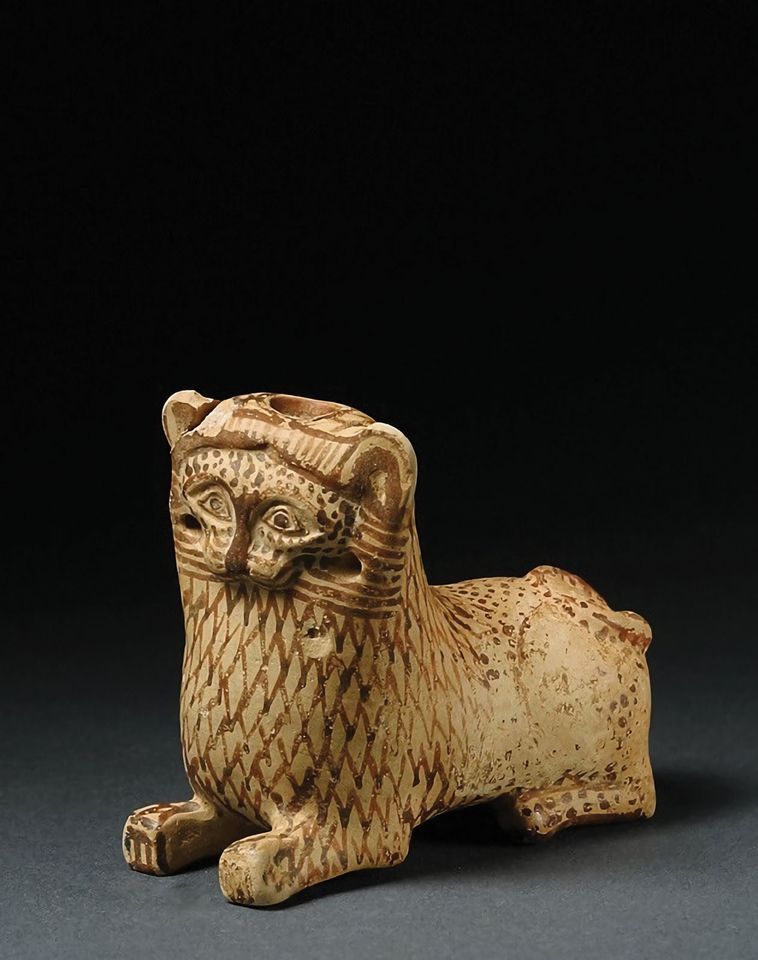 Steinhardt, Phoenix Ancient Art gallery and the Met have all seen their holdings challenged in the past. In 1995, the FBI seized a gold phiale Steinhardt had purchased from the Manhattan antiquities dealer Robert Haber for $1.2m (despite there being no suggestion, in US legal proceedings, of knowledge that it was looted). Steinhardt and Christie’s are vigorously defending a lawsuit brought by Turkey over Steinhardt’s Guennol Stargazer, an Anatolian idol which they say had been in the US for five decades, and was knocked down for $14.4m at a Christie’s auction last year. Turkey claims the idol was illegally excavated. In 2004, the Phoenix co-owner Hicham Aboutaam pleaded guilty to a misdemeanour charge of falsifying a customs document. He is now suing the Wall Street Journal, saying it defamed him in an article last year discussing Phoenix and illicit antiquities. The Met has returned antiquities to Italy and Turkey, sometimes after years-long battles with the source countries. The DA’s office would not release further information but has acknowledged the help of US Immigrations and Customs Enforcement (ICE), which has played a key role in intercepting artefacts at border crossings. Interviews suggest that Bogdanos has a variety of other tipsters, including the Art Loss Register and Art Recovery International, among other monitors of stolen art. An especially important source is the UK-based archaeologist Christos Tsirogiannis.

Tsirogiannis is the only individual known to have a copy of huge archives confiscated from three major dealers convicted of crimes related to trafficking: Robin Symes, Giacomo Medici, and Gianfranco Becchina. They were meticulous record-keepers, and the archives include photographs of objects taken from the ground still encrusted with dirt. Tsirogiannis obtained the archives from Italian and Greek authorities, with which he started working in 2004 to register antiquities and then match the photographs with objects that passed through the market. Pieces the dealers handled were acquired by major museums, including the Getty and the Met, have been regularly pulled from auctions, and have been given up for repatriation by noted collectors such as Shelby White, who, with her husband, Leon Levy, donated $20m to refurbish the Met’s Greek and Roman galleries.

Tsirogiannis says he informed -Bogdanos of some of the items seized recently and of four objects removed from a Christie’s auction last year. “I have brought several others to the DA’s attention. The DA is still working on them,” he says. Tens, if not hundreds, of thousands of objects in the archives are yet to be identified. None of the sources contacted would speak about objects that have not been made public.

“The DA has created a very threatening environment”, says a market participant who requested anonymity. “Of course there’s been an effect on the market”, says the dealer Randall Hixenbaugh. “I’ve had major deals fall through on objects with established provenance… Small businesses like mine are in a precarious situation.” Museums have retreated from acquisitions. Universities, dealers and institutions have put undocumented objects in storage, even when there is no evidence they are illicit, says James McAndrew, who formerly headed ICE’s antiquities unit.

The Art Loss Register has seen increased queries, says James Ratcliffe, its director of recoveries. But the lion’s share of looted antiquities are not reported because they are taken from the ground or unprotected sites. “Almost always with an antiquity, people should be doing more than checking with us,” he says.

Market participants say their research is hampered because they do not have access to the tens of thousands of looted works in the Symes, Medici and Becchina archives, which account for many of Bogdanos’s seizures. They feel they are in a “gotcha” game. “It’s like being hit by snipers,” says one. It is difficult to document a complete provenance in any event. “We have millions of items in the public domain that have been bought and sold and traversed the world,” sometimes for centuries, says McAndrew, who now advises auction houses, dealers and museums at the law firm Grunfeld Desiderio Lebowitz Silverman Klestadt. “People may not have got receipts when buying something from a bazaar in Istanbul… if cultural items are undocumented, it doesn’t mean they’re illegal.” 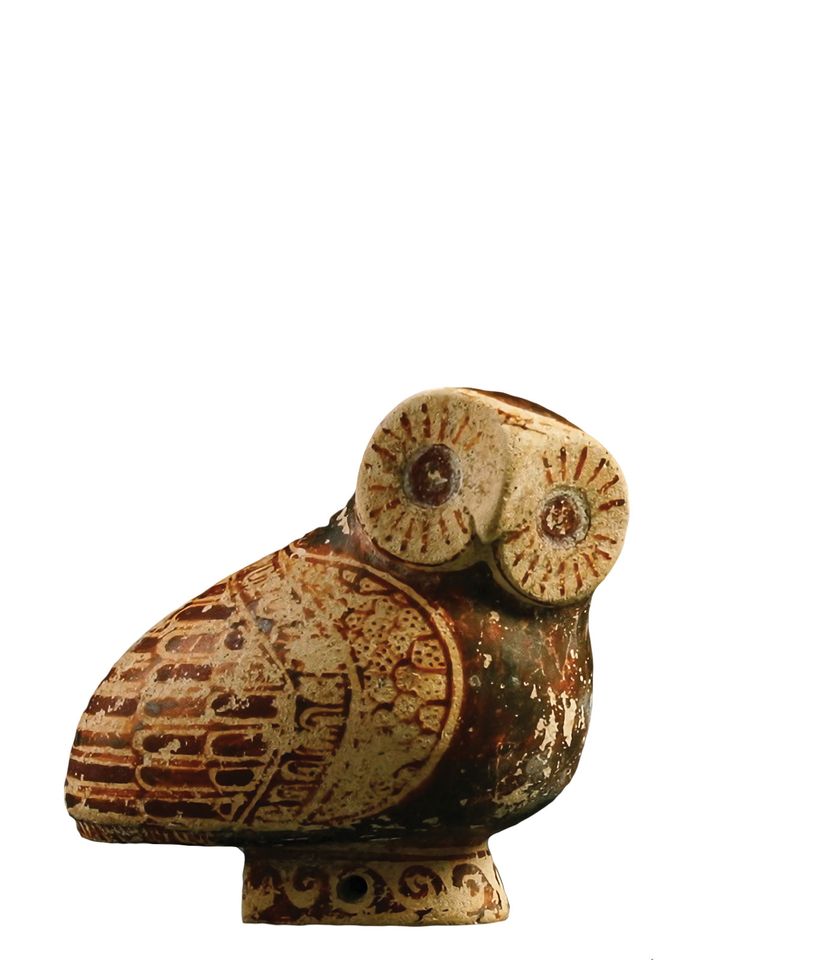 So far as anyone knows, only the Greek and Italian authorities and Tsirogiannis have copies of the archives. Even law enforcement agencies do not maintain copies, McAndrew says. There are good reasons for not making them public, says Patricia Gerstenblith, a cultural heritage expert at DePaul College of Law: “Some people will turn over looted antiquities. But others who are less scrupulous will sell privately rather than at auction”—or, as others point out, donate them to institutions.

“Anyone who wants to investigate provenance can send photos to the Greek and Italian authorities. But what they want is access to check objects without legal authorities knowing about it,” Tsirongiannis says. But dealers and collectors fear that contacting the authorities could expose them to- -criminal prosecution.

Some are troubled that Bogdanos is using intimidating criminal procedures for matters that may belong in civil court. When he was the head of ICE’s antiquities unit, McAndrew had success with repatriation by building civil cases to determine who legally owned the objects. “Bogdanos is wielding a sword too aggressively. Threatening with criminal subpoenas is an abuse of power”, he says. In contrast to actions by ICE under federal law, Bogdanos is “inventing” a new basis for proceeding, as Pearlstein’s colleague, the lawyer Georges Lederman, puts it. The state criminal statute the DA’s office is using was “never intended to apply to antiquities and there’s no case law that says it does”, he says.

There’s some indication the courts may agree. In October, Bogdanos seized a Persian relief shown at Tefaf New York by the London dealer Rupert Wace. In December, a criminal court judge ruled the case belonged in civil court because “no larceny or criminal possession of stolen property charges have been lodged. Nor do any appear to be forthcoming”. The relief remains in law enforcement’s hands, and the parties are discussing whether the matter can be resolved, says Wace’s lawyer, Joseph Grasso. The threat of prison time means forfeiting the contested object is often the path of least resistance.

Some wonder how effective Bogdanos can be. “Anything less than a prison sentence won’t deter the market,” Gerstenblith says. But criminal cases are hard to win; the prosecution must prove the owner knew the object was stolen, which is “very difficult,” she says. Also, only the federal authorities have jurisdiction over ports and airports, and “Bogdanos’s ability to act with other governments and Interpol is limited. Eventually he will run into limitations.”

At some point, Bogdanos’s high--profile actions may run counter to repatriating looted antiquities. There is a danger in going for the headlines, warns Christopher Marinello, of Art Recovery International. “He’ll get a lot more -co-operation if he doesn’t do antiquities as a perp walk.”