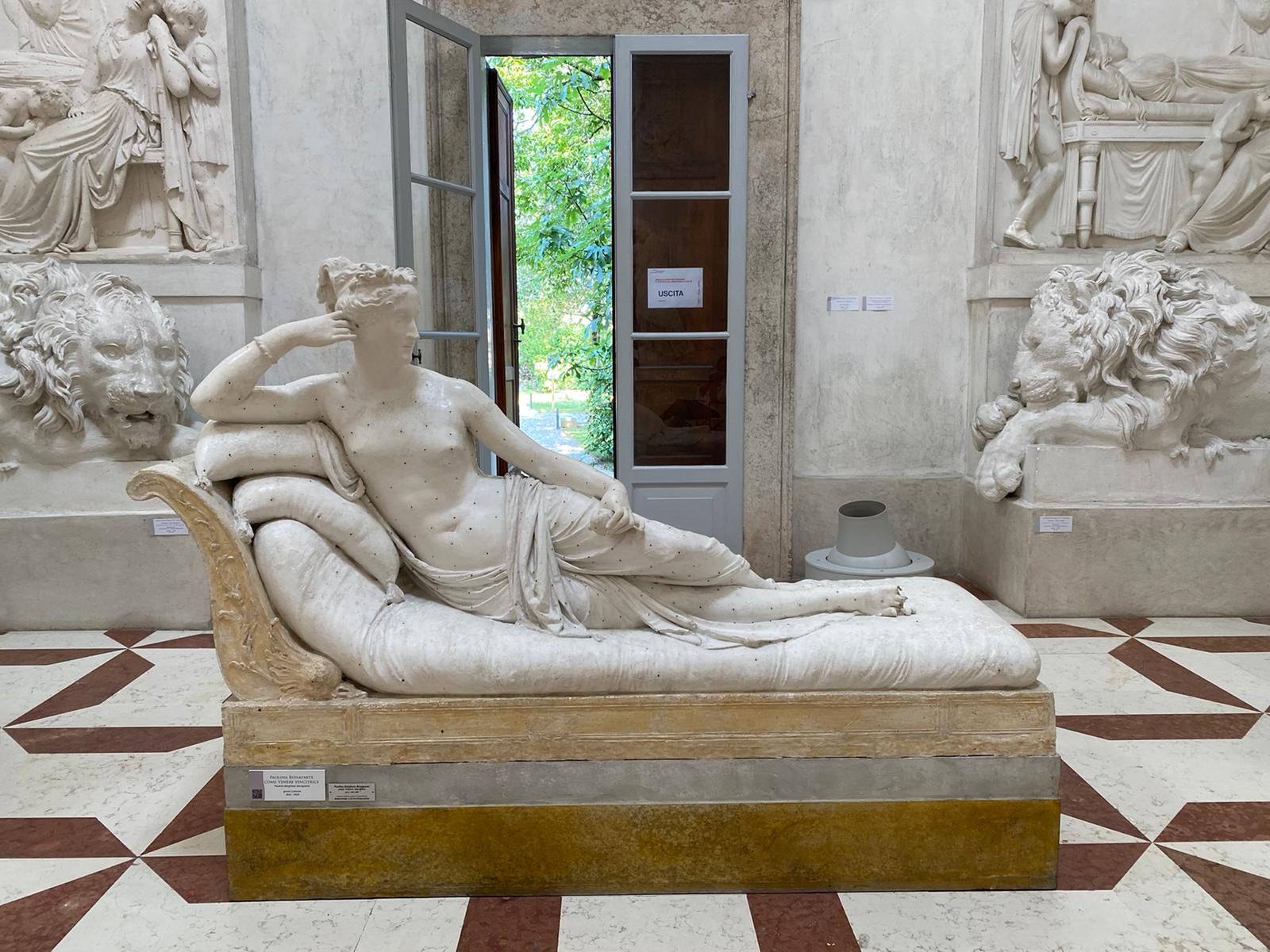 The work damaged was the original plaster cast model, made in 1804, for the marble sculpture of Paolina Bonaparte housed at the Galleria Borghese in Rome. Photo: Museo Gypsotheca Antonio Canova/Facebook

Officials at the Gipsoteca Museum in Possagno, northern Italy, say that a tourist broke two toes off a sculpture by Antonio Canova after sitting on the work to take a selfie. In a statement, released at the weekend, the museum said that the incident took place on 31 July. The work damaged was the original plaster cast model, made in 1804, for the marble sculpture of Paolina Bonaparte housed at the Galleria Borghese in Rome.

The tourist, identified as Austrian by the museum, “sat on the sculpture of Paolina Bonaparte… then left the museum in a hurry without reporting the incident”, officials say. The museum adds that guards discovered the damage “a few minutes later and raised the alarm”. One commentator responded on Facebook however: “How can you sit on a sculpture? We need to put up more security… You can’t get this close.”

Vittorio Sgarbi, the president of the Antonio Canova foundation which oversees the museum, told the Italian newspaper Il Fatto Quotidiano that the perpetrator of the “awful episode is not Italian… but an Austrian tourist. I have asked the police to identify the unknown vandal on the security systems [such as CCTV] so that [the person] is unable to return home.” The museum had not responded to a request for comment by the time of writing.

about 6 hours ago
Against all the odds, the UK’s museums are beacons of inspiration