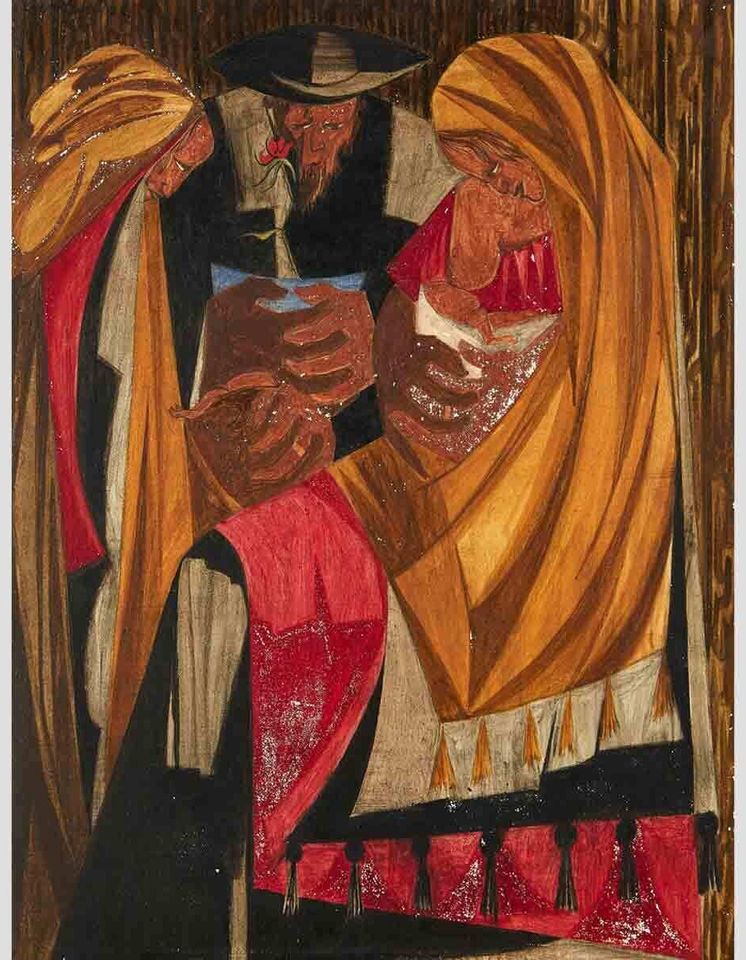 Jacob Lawrence, Immigrants admitted from all countries: 1820 to 1840—115,773, Panel 28 (1956) from Struggle: From the History of the American People © 2021 The Jacob and Gwendolyn Knight Lawrence Foundation, Seattle/Artists Rights Society (ARS), New York

A second painting by Jacob Lawrence that had been missing for decades has been discovered in a New York City apartment and will be reunited with others in his epic series Struggle: From the History of the American People (1954–56), which has been travelling the country since last year. The organiser of the show, the Peabody Essex Museum (PEM) in Salem Massachusetts, announced the find today, and has put out an appeal to find three works that remain lost.

The discovery of Panel 28, titled Immigrants admitted from all countries: 1820 to 1840—115,773, follows the emergence of Panel 16 last October, when the exhibition was at the Metropolitan Museum of Art in New York. The Met said then that a visitor to the show, who knew that a work by Lawrence had been in a New York couple's collection for years, urged them to contact the museum.

Like that couple, the New York owner of the newly rediscovered Panel 28 wishes to remain anonymous, PEM says. The museum adds that the owner inherited the painting through family members who, like the figures depicted in the painting, were immigrants to the US.

The museum says that Panel 28 has undergone conservation and will now join 23 others in the show for the next stop on its national tour, from 5 March to 23 May at the Seattle Art Museum (SAM). The show then will then be mounted from 26 June to 19 September at the Phillips Collection in Washington, DC. (The exhibition was also recently presented at the Birmingham Museum of Art.) Three paintings in the original series were considered too fragile to travel.

PEM says that the two discoveries have whetted an appetite for additional finds. “It is the museums’ hope that the increased awareness of Jacob Lawrence’s work will help fully reunite this historic painting series,” the museum says. “Any tips or information about the location of Panels 14, 20 and 29 may be sent to: missingpanels@pem.org.” 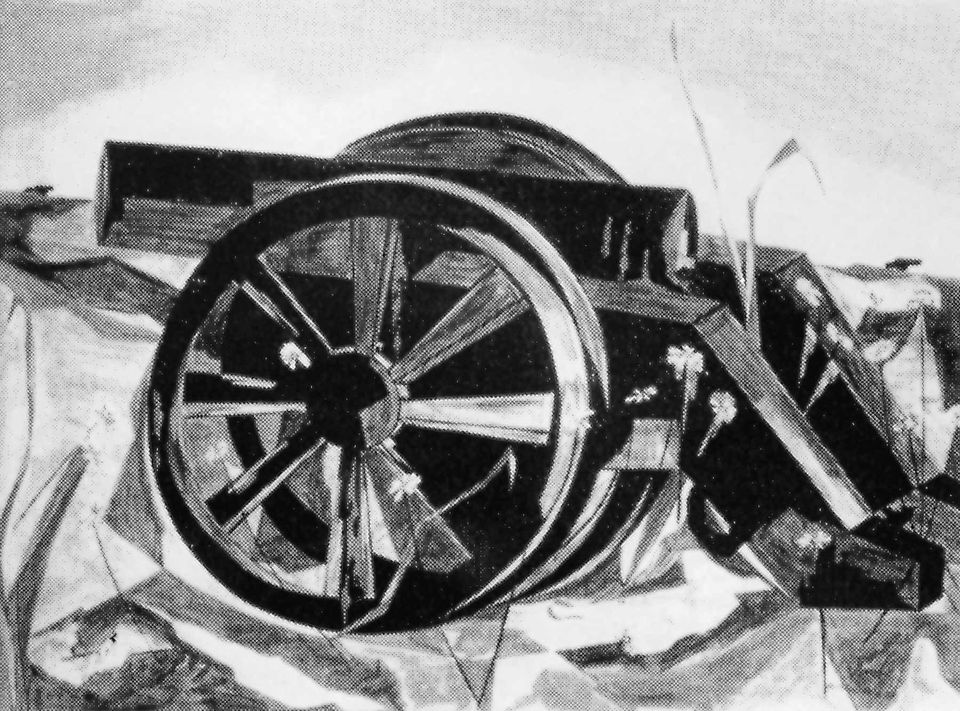 Until its rediscovery, Panel 28 was known through a black-and-white reproduction. PEM says its theme was inspired by a table of immigration statistics published in Richard B. Morris’s Encyclopedia of American History (1953), one of Lawrence’s sources of inspiration for the series. Beginning in the 1820s, the show’s catalogue relates, ships were required to keep lists of passengers travelling to America, who were mostly German, Irish and Jewish immigrants. Today, it notes, such lists make it possible for many Americans to trace their ancestry, “in stark contrast to Americans of African descent whose ancestors’ forced migration into enslavement severed such lineages.”

“The gathered figures in Lawrence’s painting portray a message of hope and promise: a shawled woman cradles and nurses an infant baby while a brimmed hat man in the middle clutches a pot of a single rose—America’s national flower,” PEM says. “Lawrence exaggerated the size of the hands to symbolise what it meant to arrive only with what could be carried.” 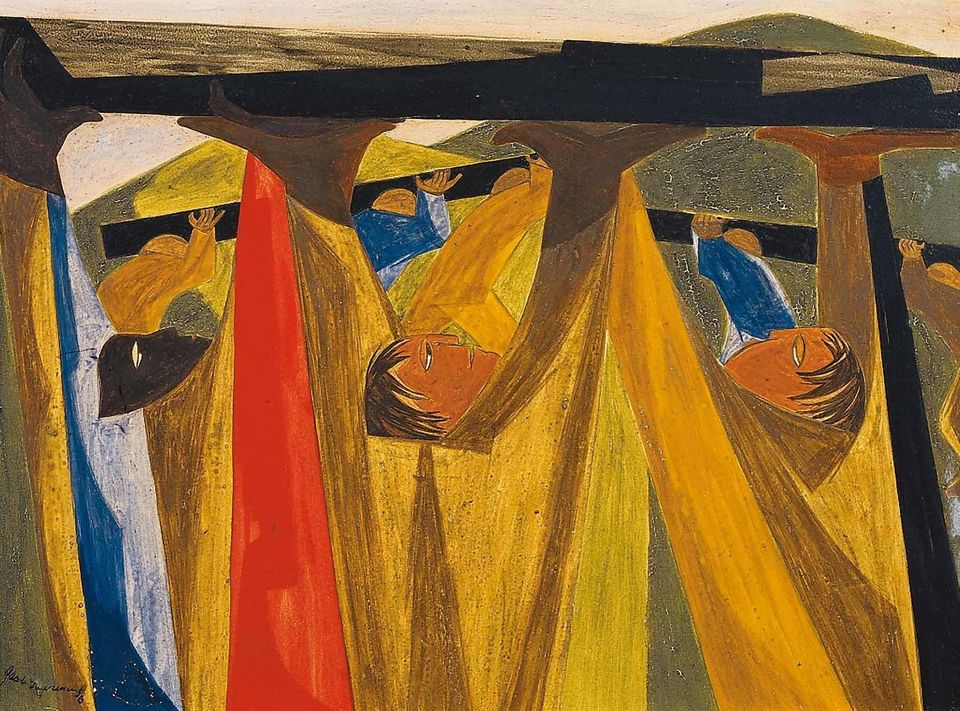 “We are thrilled to share news of this important discovery, especially at a time when Americans are actively engaged with democracy,” says Lydia Gordon, who coordinated the exhibition as the Massachusetts museum’s associate curator. “Lawrence created this body of work during the modern civil rights era to interpret pivotal moments in the American Revolution and early decades of the republic as ongoing struggles.”

“Against the backdrop of the recent attack on the Capitol coupled with the welcoming of a new presidential administration, Lawrence’s work encourages us to look to history and to art so we may understand America as a cyclical project of struggle and hope,” Gordon adds.