Trump wants to axe NEA and other culture agencies—again 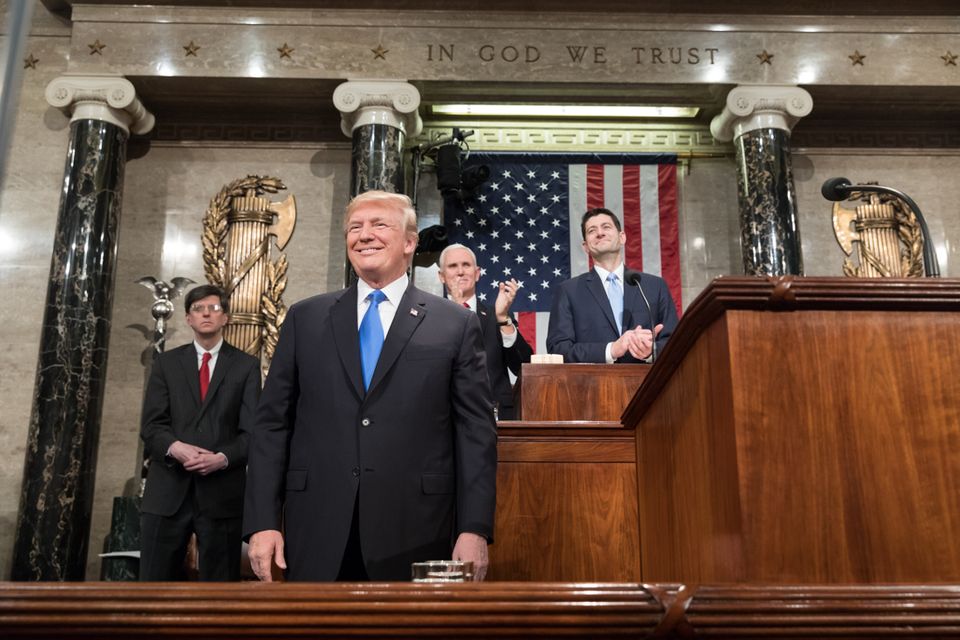 President Trump may have said "Americans fill the world with art and music" during his 2018 State of the Union speech, but he does not seem to think America should fund such culture Official White House Photo by Shealah Craighead

Yet again, US President Donald Trump has called for the defunding of the National Endowment for the Arts, the National Endowment for the Humanities, the Institute of Museum and Library Services and the Corporation for Public Broadcasting. His 2019 budget includes a proposal to shut down the agencies “given the notable funding support provided by private and other public sources and because the Administration does not consider [their] activities to be core Federal responsibilities”.

Next year, Trump wants to cut the NEA’s budget from $150m to $29m, bring the NEH down from $150m to $42m, the IMLS from $231m to $23m, and public television from $495m to just $15m. A similar plan from the president last year ultimately failed, as politicians rallied in bipartisan support of the groups.

“I am troubled by the short-sightedness of the Trump Administration’s proposed budget,” says Robert Lynch, the president and chief executive of the advocacy group Americans for the Arts. “Despite the President’s State of the Union speech proclaiming ‘Americans fill the world with art and music,’ there seems to be a disconnect on the need to invest in our nation’s future support of the arts and arts education. The federal investment in the arts helps power the creative economy across the country.”

“We are disappointed because we see our funding actively making a difference with individuals in thousands of communities and in every Congressional District in the nation,” says the NEA’s chairman Jane Chu in a statement. During the current financial year, she added, “the NEA has awarded 1,134 grants totaling $26.68m to organisations and individuals in all 50 states plus the District of Columbia and Puerto Rico; launched a national songwriting competition for high school students; convened four summits across the country as part of Creative Forces: NEA Military Healing Arts Network; issued a research report on the economic impact of the arts in rural communities; and distributed emergency funding to arts agencies in Florida, Texas, Puerto Rico, and the US Virgin Islands, among other activities.”

“Through IMLS investments in libraries and museums, children and families are being taught essential STEM skills and how to lead healthier lives,” says the agency’s director Kathryn Matthew in a statement. “Visually impaired people are now able to read public library materials through new technology and training. And veterans are getting the help they need to receive critical services.”

“Today, the White House doubled down on its appalling request to eliminate key agencies that help museums nationwide serve their communities,” says Laura Lott, the president and chief executive of the American Alliance of Museums, in a statement. “These continued threats only reaffirm how critical our ongoing advocacy efforts will be in 2018. President Trump’s last round of misguided cuts has already been rejected by committees on both sides of Capitol Hill. The museum field must now work with its bipartisan allies in Congress to ensure this reckless proposal meets the same fate.”