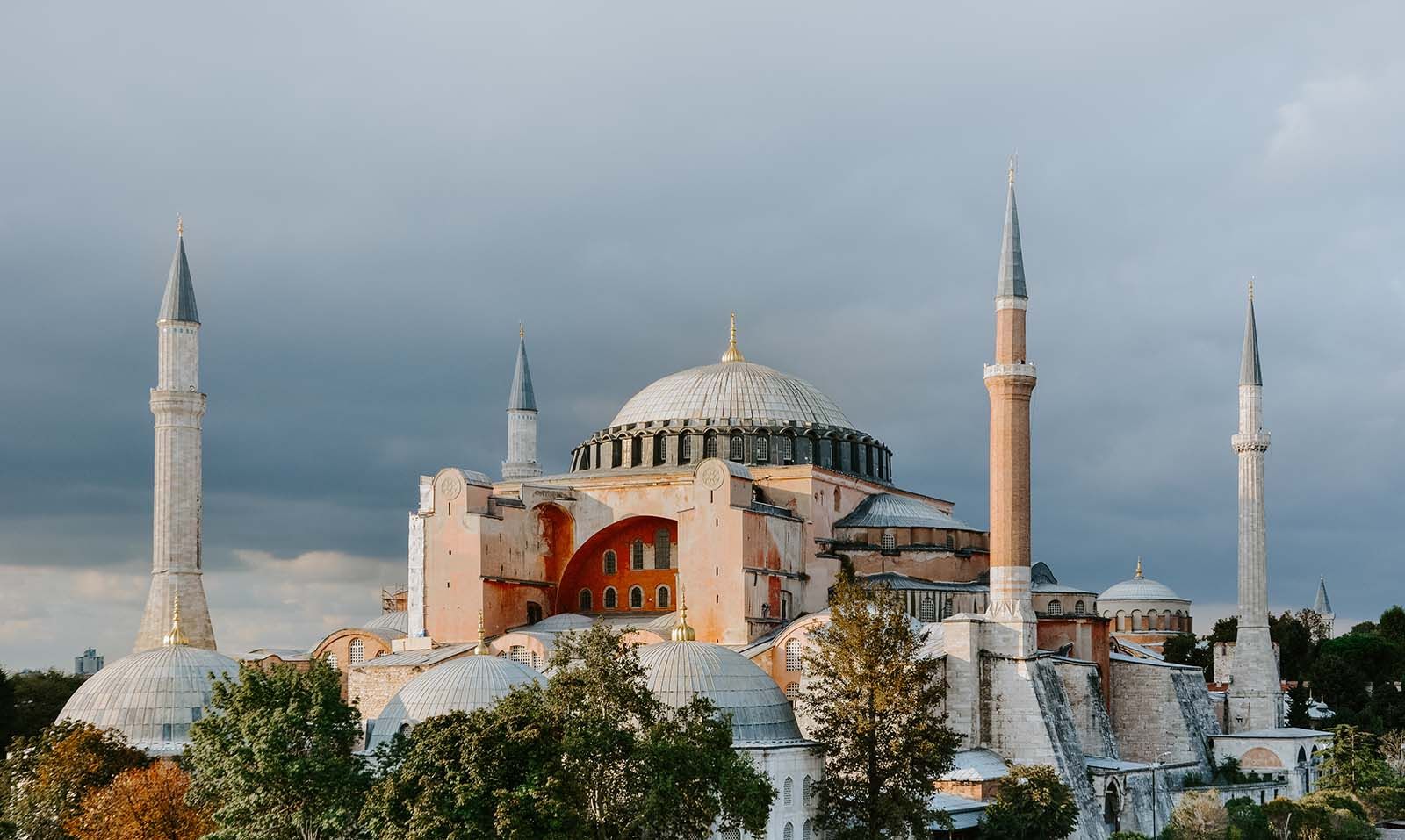 Built in AD 537, during the reign of Justinian, it was the world's largest building and an engineering marvel of its time. It is considered the epitome of Byzantine architecture. © Adli Wahid

The Greek government says that Turkey will violate Unesco’s conservation rules if President Recep Tayyip Erdogan moves ahead with plans to turn the historic Hagia Sophia site in Istanbul—currently a museum—into a mosque.

Unesco listed the sixth-century structure—which was converted from a church into a mosque in the 15th century—as a world heritage site in 1985. Erdogan is pushing for Hagia Sophia to be turned into a mosque once more but any changes to its status would need to be approved by Unesco, says the Greek culture minister, Lina Mendoni. Turkey’s highest administrative court, the council of state, is considering the request and says it will give its decision in the next 15 days.

Erdogan reportedly told ruling party officials: “God willing, after the decision by the council of state, we will pray in the Hagia Sophia.” Last year, the President pledged to turn the former cathedral into a mosque ahead of local elections, a move designed to rally his conservative base. His plans, however, have sparked an international backlash.

Mendoni told a Greek radio station earlier this week that “[we] informed Unesco member states why Hagia Sophia should not be converted into a mosque or, if you prefer, return to any religious status and should remain a museum. And we did it because Turkey seems to be taking advantage or even ignoring its obligation to Unesco, as Hagia Sophia is a monument of world cultural heritage. In order to change its status, a decision will have to be made by the Unesco intergovernmental committee.”

The Art Newspaper understands that the date of Unesco’s next committee meeting has not been set. Unesco declined to comment further regarding the Turkish government’s plans but Ernesto Ottone Ramirez, Unesco’s assistant director for culture, told Greek press last month that “before any decision can be taken to change the status of a Cultural Heritage Monument, such as Hagia Sophia, a decision of the relevant Unesco intergovernmental committee is required”. He added that Unesco had written to Turkish authorities in June outlining its concerns but had not yet received a reply.

Meanwhile, Mike Pompeo, the US secretary of state, says in a statement: “We urge the government of Turkey to continue to maintain the Hagia Sophia as a museum, as an exemplar of its commitment to respect the faith traditions and diverse history that contributed to the Republic of Turkey, and to ensure it remains accessible to all.”

The Hagia Sophia was built under the Byzantine emperor Justinian in the sixth century when Istanbul was Constantinople; the historic building was the largest Greek Orthodox church in the world and described as the “eastern heart of Christianity”.

After the Ottoman conquest of the city in 1453, the cathedral was converted into a mosque. In 1935, the founder of the secular Turkish Republic, Mustafa Kemal Ataturk, pronounced it a museum, deeming it “open to the visits of all nations and religions”. Last year, it received more than 3.7 million visitors, making it Turkey’s most popular tourist destination.

According to the Financial Times, the Hagia Sophia would still be open to tourists if it becomes a mosque, though its frescoes and mosaics would be concealed to comply with interpretations of Islam forbidding the depiction of animal and human forms.