This year’s “quite radical” exhibition in Hull, featuring Lubaina Himid and Hurvin Anderson, touches on social and political topics 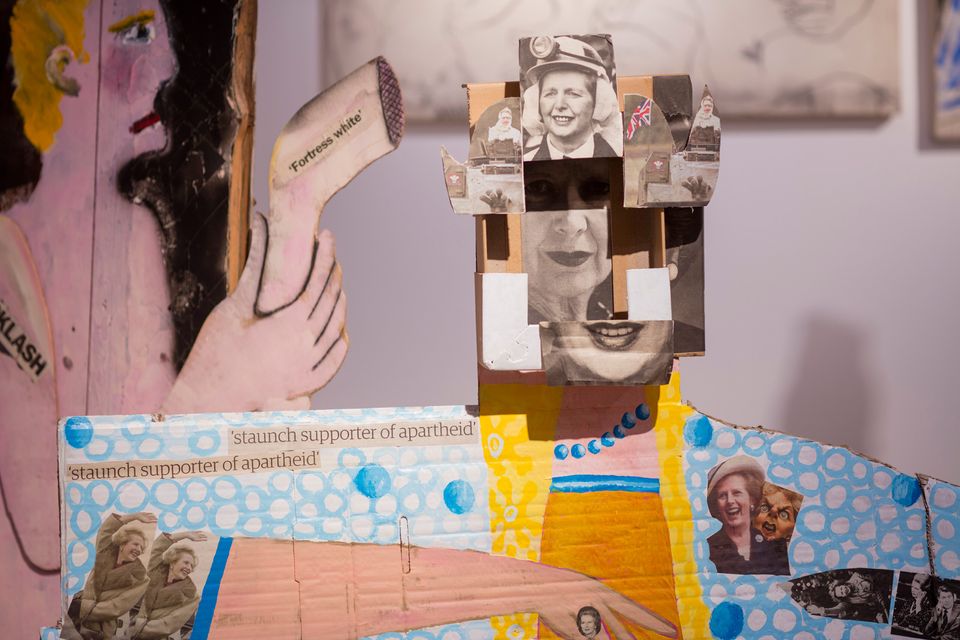 This year’s Turner Prize exhibition, which opens this week at the Ferens Art Gallery in Hull (26 September-7 January 2018), looks outside of the art world, engaging with social issues such as inequality, poverty, the representation of ethnic minorities, surveillance and control.

George Vasey, the exhibition co-curator, tells The Art Newspaper that there has “been a fixation on the traditional media [of painting] but the work is actually quite radical”.

The show, a centrepiece of this year’s UK City of Culture festival, features works by Birmingham-born Hurvin Anderson, the German artist Andrea Büttner, the Croydon-born Rosalind Nashashibi and Lubaina Himid who comes from Tanzania. The decision was taken earlier this year to drop the upper age limit of 50, which made Himid and Anderson eligible for the prize. 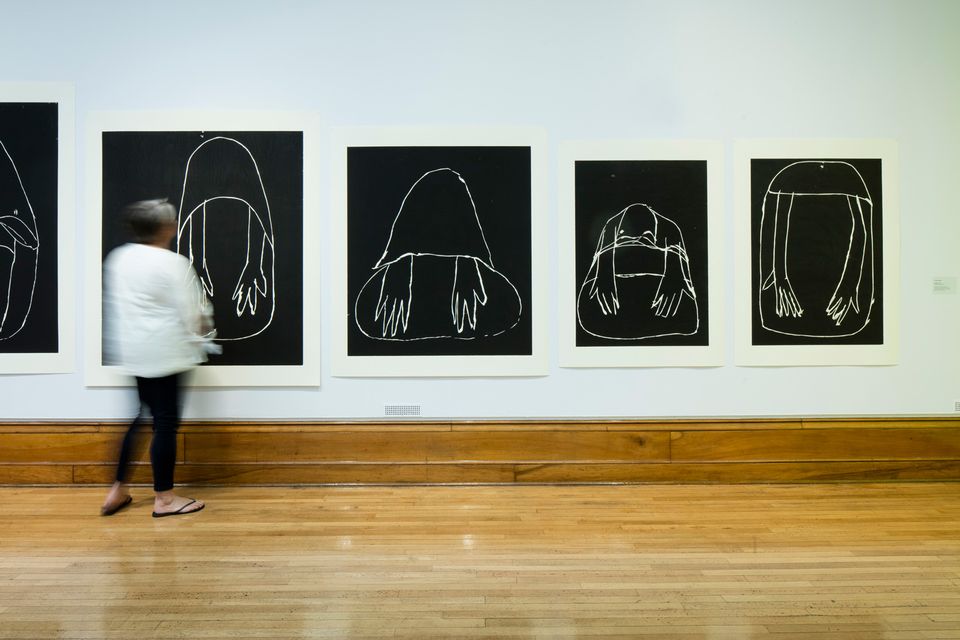 Pacifism looms large in Büttner’s presentation. The mobile exhibition, Simone Weil: the Most Dangerous Disease on Show, is borrowed by the artist from the Peace Library/Anti-War Museum of the Protestant Church of Berlin. The display, usually loaned to libraries and community centres, reflects the pacifist and socialist beliefs of the late French political activist Simone Weil.

The figure of the beggar also dominates Büttner’s display; images of the front and back sheets of auction catalogues drawn from the Warburg Institute in London depict paintings of homeless individuals.

Himid, who trained as a stage designer, is showing a ceramic series called Swallow Hard: the Lancaster Dinner Series (2007), which focuses on the abolition of the slave trade. “It remembers slave servants, sugary food, mahogany furniture, greedy families, tobacco and cotton fabrics but then mixes them with British wild flowers, elegant architecture and African patterns,” she says in a statement. 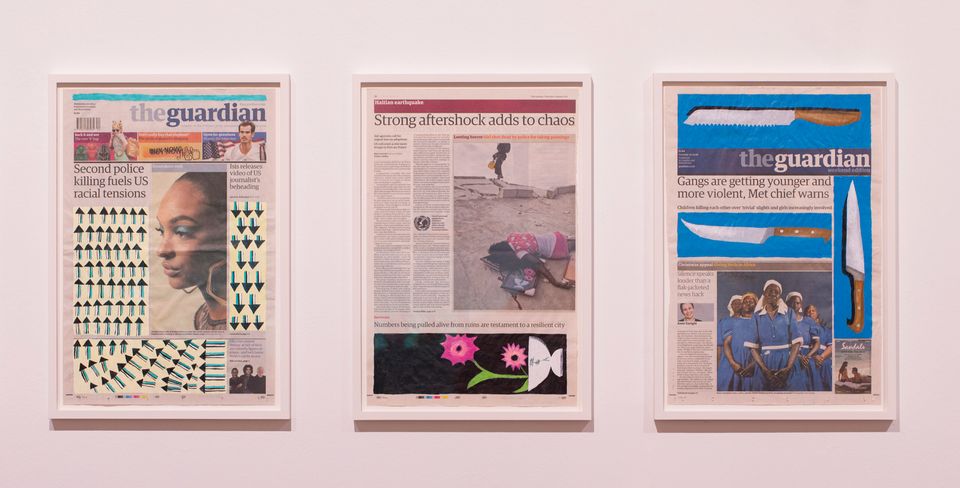 For the Negative Positives series (2007-16), Himid has painted over pages of The Guardian, highlighting the misrepresentation of black people in the media. “She uses painting and drawing to point out the unconscious use of caricature,” says the exhibition co-curator Sacha Craddock.

Himid’s celebrated installation The Fashionable Marriage (1986) is an elaborate stage set comprising plywood figures. The work references William Hogarth’s series of engravings, Marriage a la Mode (1743-45), delivering a critique of Margaret Thatcher and Ronald Reagan. “A new US president flirts with a new British Prime Minister, again, within the same implied special relationship,” the exhibition guide says. “At many levels everything, yet nothing, has changed.” 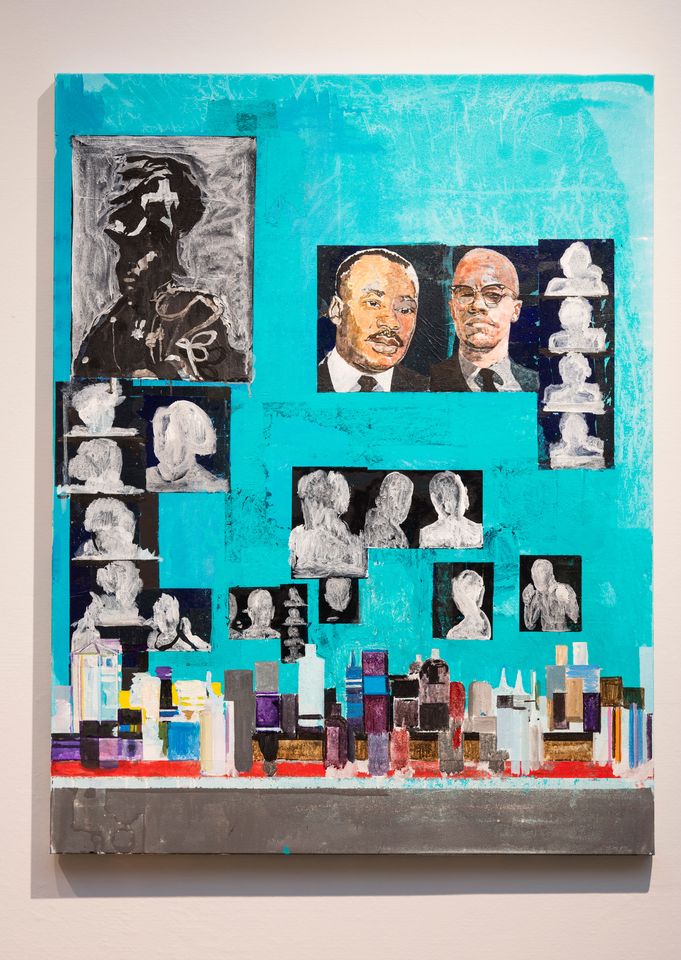 Hurvin Anderson’s Is it OK To Be Black? (2016) A 70th Anniversary Commission for the Arts Council Collection with New Art Exchange, Nottingham and Thomas Dane Gallery, London

Anderson has made four new pieces including Study for Ascension I (2017); his work Is it OK To Be Black? (2016) depicts Malcolm X and Martin Luther King. Nashashibi, meanwhile, captures life in the Gaza Strip in her 2015 film Electrical Gaza, which was commissioned by the Imperial War Museum. She uses animation to convey the “charged atmosphere” of life on the strip under bombardment. 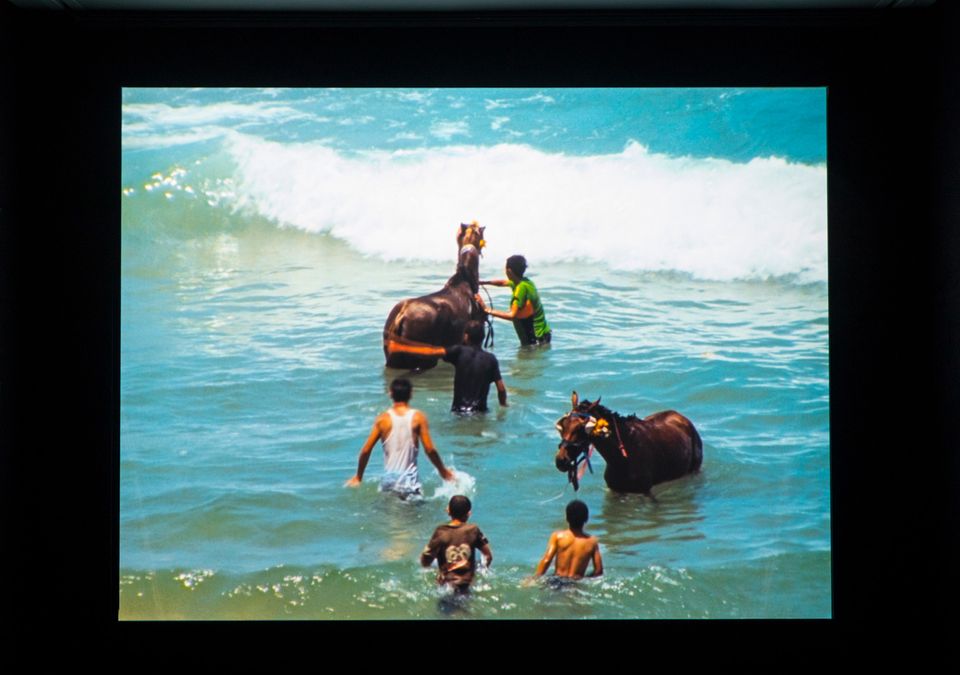