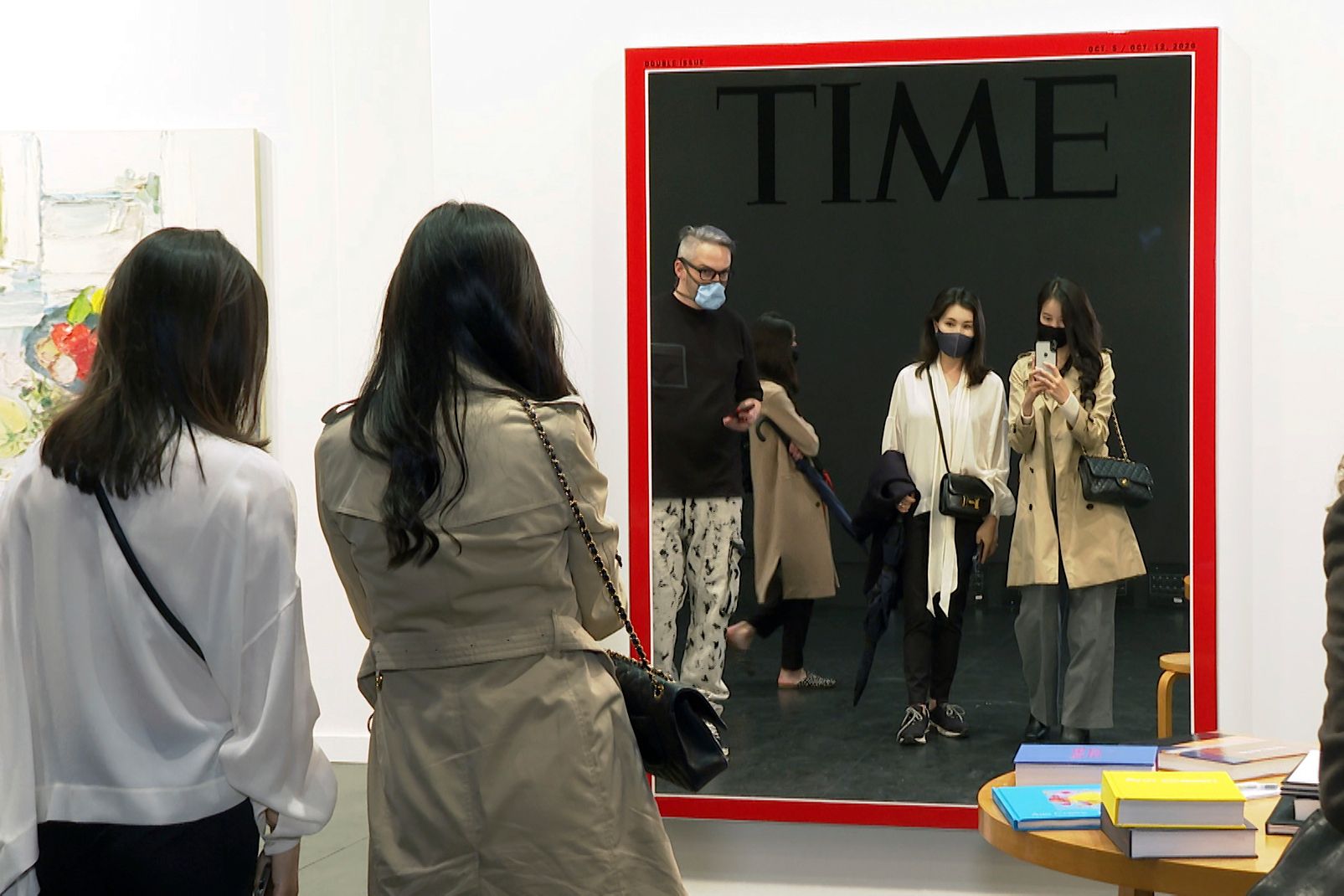 A survey by the Art Dealers Association of America found most galleries plan on reducing participation in both virtual and in-person art fairs. Above: visitors reflect on the return of the in-person art fair during Frieze New York. AP Photo/Ted Shaffrey

The past year was a confusing time in the art world. In 2020, the coronavirus pandemic knee-capped art galleries and shuttered art fairs, leaving artists, collectors and art dealers to wonder how they could weather a storm they could not see and which most people did not understand. That May, the Art Dealers Association of America (ADAA) released a survey that found art galleries across the US projected a staggering 73% loss in revenue for the second fiscal quarter. Just over a year later, the ADAA have released a new report and, while many galleries are still working to recover from lockdowns and the resulting economic fallout, it shows that some headway is being made as art dealers slowly find themselves on more secure footing.

The most promising finding is that despite most galleries reporting a loss in revenue last year, a majority of the galleries surveyed—65%—plan on increasing their artist roster in 2021. This heartening news is paired with the fact that the first quarter of 2021 there was an almost even split between galleries that saw their sales revenue fall below projections (51%), and those that exceeded expectations (49%). That is a significant bump from 2020, when 76% of galleries saw their revenue fall below projections.

A great deal of the support that galleries found during 2020 came in two distinct forms: the ability to pivot to virtual programming, and assistance from the federal government. In fact, of the galleries that embraced the digital world, 62% said that such programming, including online viewing rooms and digital fair presentations, virtual studio visits and artist talks, directly increased sales, while only 6% said virtual programming did not help them, and 32% were unsure either way.

However, as the art world begins to slide back into its pre-pandemic routine (for better or for worse) most respondents said that while they plan on keep their own virtual programming in the form of online viewing rooms and exhibitions, they will be less likely to participate in an art fair, whether it is virtually or in person, compared to last year. And of the 81 galleries that said they will participate in an art fair this year, 94% said they will focus on US events—with the Armory Show and the ADAA’s The Art Show in New York, and Art Basel in Miami Beach as the most popular choices—while 51% said they plan to take part in any international fairs.

The other great boon last year was the Small Business Administration (SBA) Paycheck Protection Program (PPP) Loan. In the 2020 survey, galleries reported having trouble applying for and receiving help from the federal government. When the report was released in May, 76% of galleries who responded to the survey had been accepted for a PPP loan. Ultimately, “most galleries who applied received assistance and reported that this assistance made it possible to retain staff”, the ADAA report says. Of the galleries that applied for a federal loan, 93% received their money and of those 90% says they were able to keep staff employed because of it. Only 16% of art dealers who responded to the survey had to furlough staff in 2020 and of those 62% have reinstated at least one staff member, while 22% had to lay off employees, with a third of those having since hired back one or more people.

“While it is clear that galleries have yet to return to pre-pandemic levels of activity, the ADAA’s 2021 report also demonstrates just how nimble and innovative galleries continue to be, as so many quickly pivoted to virtual programs; found ways to sustain their physical spaces; and retained staff through an unprecedented period”, says Anthony Meier, the ADAA's president, and Maureen Bray, the executive director, in a statement.