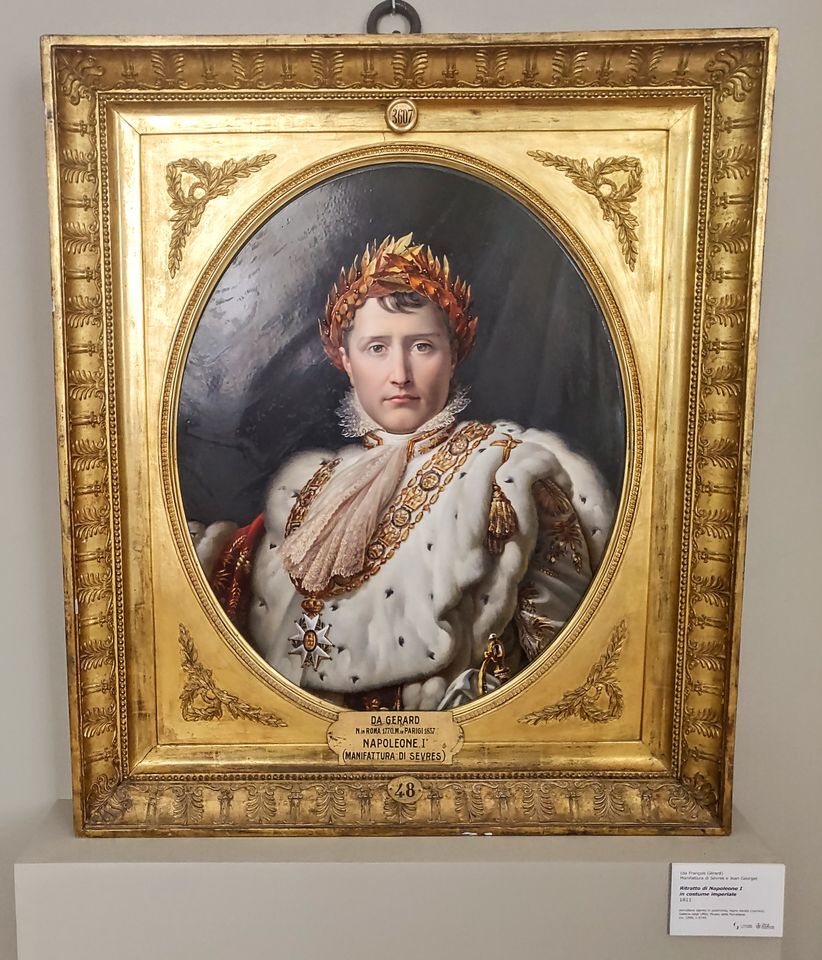 A portrait of Napoleon I painted by Jean Georget on a large porcelain tile, which created at the Sèvres manufactory in 1810

Works from the Uffizi Galleries in Florence have been loaned to an exhibition exploring the life of Napoleon Bonaparte on the island of Elba. Nel segno di Napoleone (In the name of Napoleon), at the Pinacoteca Foresiana in Portoferraio (until 10 October) marks the launch of the Uffizi Diffusi (“scattered Uffizi”) scheme, which involves exhibiting works from the Uffizi collection at around 100 sites in the greater Tuscany region by 2024.

The French emperor, whose legacy remains controversial, was exiled to Elba off the Tuscan coast from May 1814 to February 1815; the 200th anniversary of Napoleon’s death fell on 5 May. The show includes six works from the Uffizi collection including a portrait of Napoleon painted on porcelain by the French artist Jean Georget, which was created at the Sèvres manufactory in 1810.

The exhibition also includes an 1814 painting by Giuseppe Bezzuoli of Napoleon Bonaparte's younger sister, Elisa Baciocchi Bonaparte, who was appointed Grand Duchess of Tuscany by Napoleon in 1809. A celebrated portrait of the emperor by Carlo Morelli (date unknown), drawn from the collection of the Pinacoteca Foresiana, is also on display.

Eike Schmidt, the director of the Uffizi Galleries, said in a statement: “The Portoferraio exhibition inaugurates the Uffizi Diffusi project. The purpose is to allow citizens to be involved in the history and cultural heritage of their territory.” A spokesman for the Uffizi says that no loan fees were paid by the Comune of Portoferraio for the works. 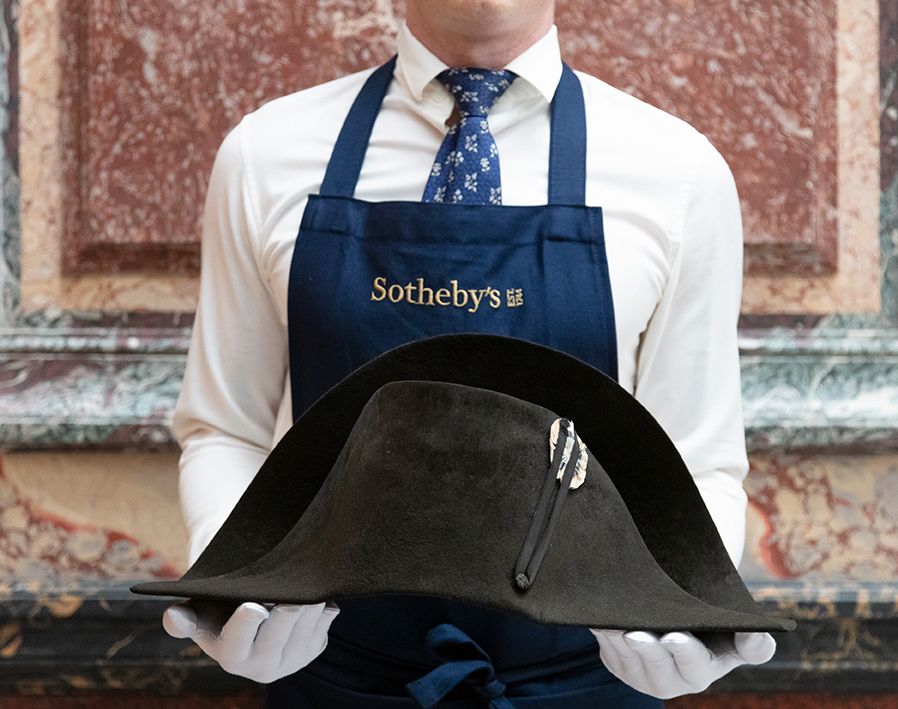 Napoleon’s ‘Bicorne’ hat will be auctioned at Sotheby's in September Image: courtesy of Sotheby's

Meanwhile, Sotheby’s will hold an online auction (15-22 September) “dedicated to the Emperor whose extraordinary destiny continues to fascinate 200 years after his passing”, the auction house says.

Items consigned include Napoleon’s Bicorne hat worn during his 1807 campaign when he signed a peace treaty with Alexander I of Russia (estimate: €400,000-€600,000). “[The hat] was purchased in 1814 by the politician Sir Michael Shaw Stewart, [and] was brought back to Ardgowan, Scotland, and passed down from generation to generation,” Sotheby’s says.