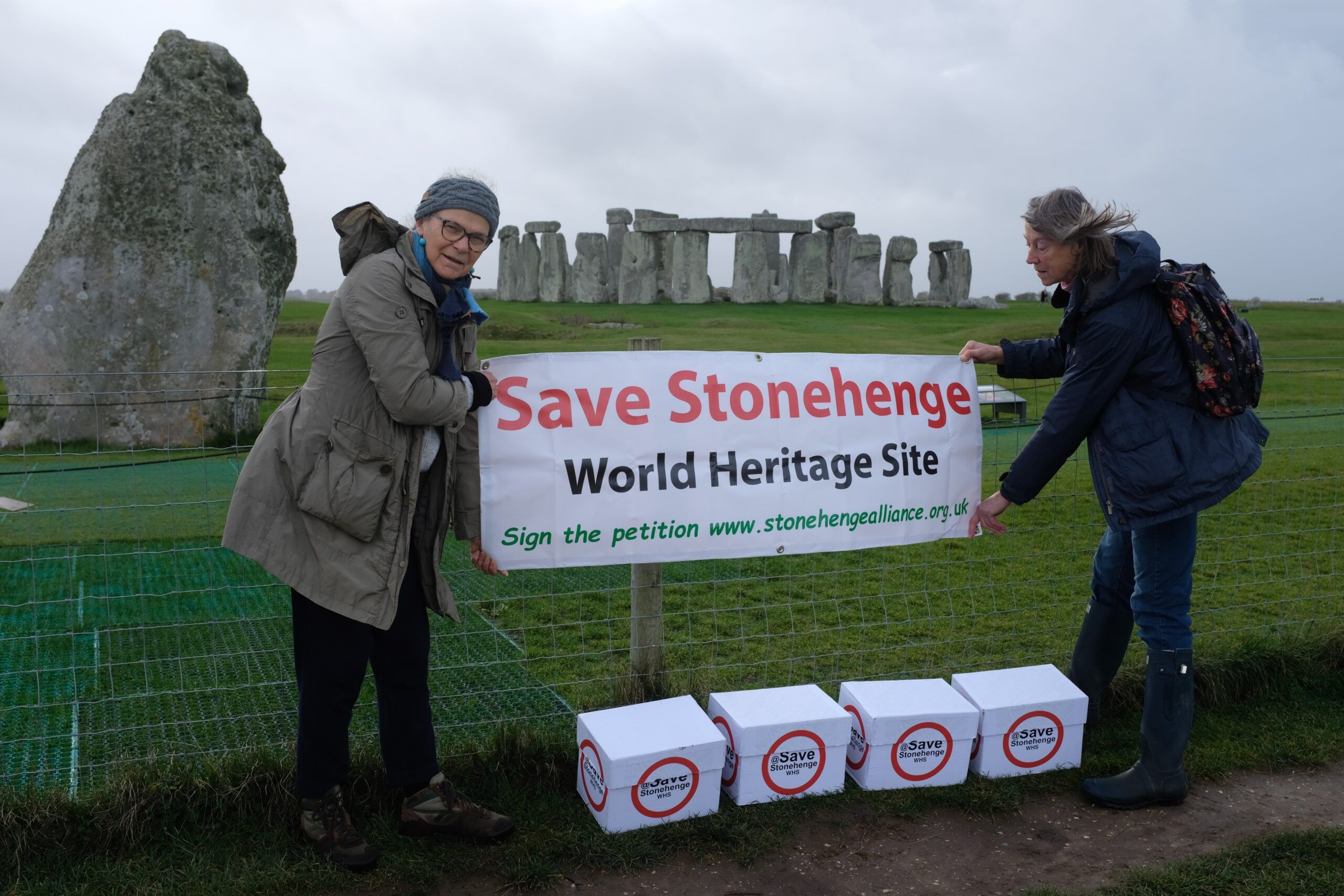 A campaign group says it will launch legal action over the UK government’s decision to move ahead with building a two-mile road tunnel close to the ancient site. Following decades of debate, Grant Shapps, the transport secretary, approved the £1.7bn scheme earlier this month.

“We must quickly raise at least £50,000, although this might rise if the case is more complicated than first anticipated. This is to cover lawyers’ costs, court fees and the risk of having to pay some of the Department for Transport’s costs if we lose. Our initial target is to raise £25,000 to get our case going,” says a group spokesperson.

According to the Guardian, the group has hired the law firm Leigh Day to investigate the lawfulness of the decision. In their letter to Shapps, the organisation argues that the proposals breach Unesco’s regulations. Unesco has formally opposed the plan, saying in 2019 that the tunnel initiative will have an “adverse impact”.

The government’s pledge that the scheme will help “protect” and “enhance” the Unesco World Heritage Site is “spin”, says SSWHS. The Examination Authority—a team of five government planning inspectors—also recommended that the Stonehenge tunnel scheme should be rejected.

Rowan Smith, a solicitor at Leigh Day, says in a statement: “Our client believes that there is a legal case to be made that the secretary of state unlawfully assessed the harm that is going to be inflicted on a 4,000-year-old and much cherished world heritage site, deciding instead that such destruction is a price worth paying for the economic benefits and faster road travel times that may accrue in the future.” Shapps must respond within ten days to the legal notice.

The government body, the Highways Agency, says that the tunnel diverts traffic away from the prehistoric site in Wiltshire. The new reconfiguration involves rerouting the A303 road, which runs near Stonehenge, into the new dual-carriageway tunnel while the current A303 will be turned into a public walkway.

A spokeswoman for the Department of Transport told the BBC: "The department cannot comment further on the A303 Stonehenge decision. The reasons for the decision are set out in the decision letter dated 12 November published on the planning inspectorate's infrastructure planning portal website."