Export bar placed on plush piece with asking price of more than £480,000 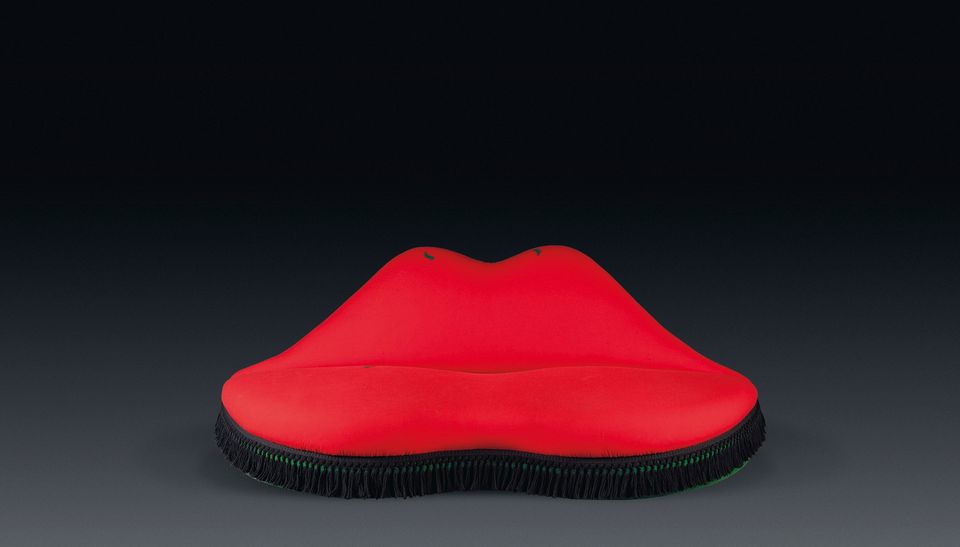 The UK government is trying to find a buyer for Salvador Dalí’s Mae West Lips sofa, one of the most famous Surrealist works of the 20th century. The government department of Digital, Culture, Media and Sport (DCMS) placed a temporary export bar on the famous furniture piece earlier this month until 16 February 2018. “The sofa is at risk of being exported from the UK unless a buyer can be found to match the asking price of £480,281.56 plus VAT (£16,600),” a DCMS statement says.

The sofa was designed by Dalí and the Surrealist poet Edward James; the piece, comprising a red felted wool-top cover and green decorative appliques, was one of two made by Green and Abbot in London for the dining room at Monkton House in West Sussex.

“The decorative elements of the sofa correspond to the decoration of the interior of Monkton House, which was originally designed by Sir Edwin Lutyens in 1902 for Edward James’s parents,” says a DCMS statement. There were five versions made in total, all in 1938 (the lips on this version are more elongated). Notes provided by the reviewing committee on the export of art works say that the upholstery shows very little sign of wear, adding: “There are a few scattered stains on the seat and numerous small areas of moth damage throughout.”

The Art Newspaper understands that the pair of sofas remained at Monkton until James’s death in 1984 and were in store until the first was sold at Christie’s in December last year, followed by the current example which fetched £473,000 at Christie’s London in February.

According to the Christie’s entry: “The initial idea for a sofa in the shape of lips supposedly came when James saw Dalí’s Mae West’s Face which May Be Used as a Surrealist Apartment of 1934-35 (1934, housed at the Art Institute of Chicago).”