New York art-handling company lays off pro-union workers, while others are paid to stay home during coronavirus pandemic 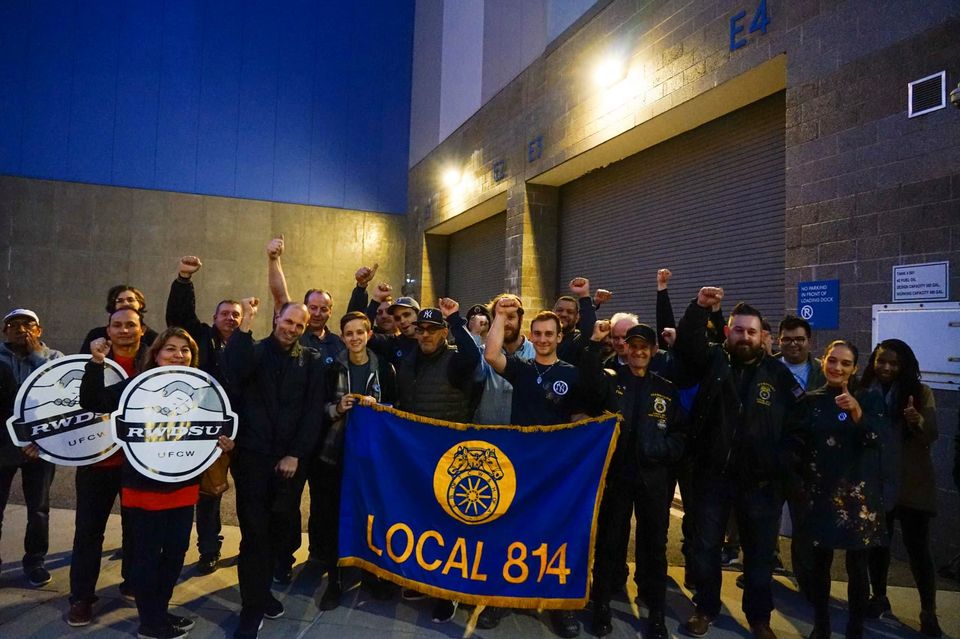 According to employees of the New York-based art-handling and storage company UOVO, employees who played key roles in recent unionisation efforts have been targeted for layoffs during the coronavirus pandemic. In response, Teamsters Local 814 has filed charges with the National Labor Relations Board (NLRB) against the company.

While most workers were told to remain on call at home until further notice, and that they would continue to be paid, seven art handlers at the company were exempt from such promises and were instead let go with no recall rights. Six of the laid off workers were part of a movement to unionise last year, which met with an aggressive response from UOVO before ultimately being voted down.

Julian Tysh, the political coordinator for Teamsters Local 814, says that these layoffs “don’t seem to be motivated by anything other than getting rid of union organisers”. It is illegal in the US for an employer to remove or otherwise punish employees for efforts to form a union. “We have filed charges with the National Labor Relations Board alleging that these employees were fired in retaliation for their support of the union and in violation of their rights,” Tysh says. The union is seeking to have the employee reinstated

Tysh also noted that Teamsters Local 814 intends to renew their call that elected officials look into UOVO’s funding source “to examine whether or not lawbreaking companies should be given big handouts from the taxpayers.” In October, officials threatened to pull funding from the construction of UOVO’s Bushwick warehouse—which is receiving nearly $17m in tax incentives from the New York City Economic Development Corporation—as a result of the company’s “aggressive and coercive” anti-union efforts.

“UOVO did not begin 2020 with the intention of reducing staff but the Covid-19 pandemic is having an unprecedented impact on the industry and we are not immune from these disruptions. Like many companies we have made the difficult decision to reduce headcount through layoffs,” says UOVO’s marketing and communications director, Anne Maso. “Perceived support of labour unions was not a factor in our decision and management was also affected. It is common for unions to file all manner of petitions after losing a representation election and we will disprove the allegations in cooperation with the National Labor Relations Board.”

Peter Mackay, who had worked as a driver and art handler for the company for over five years before he was let go, sees the layoffs as a clear retaliation for the workers attempts to unionise. “Just because you wait six months and do it under the cover of a global pandemic, doesn’t make it any less obvious,” he says. “It just makes it more heinous.”