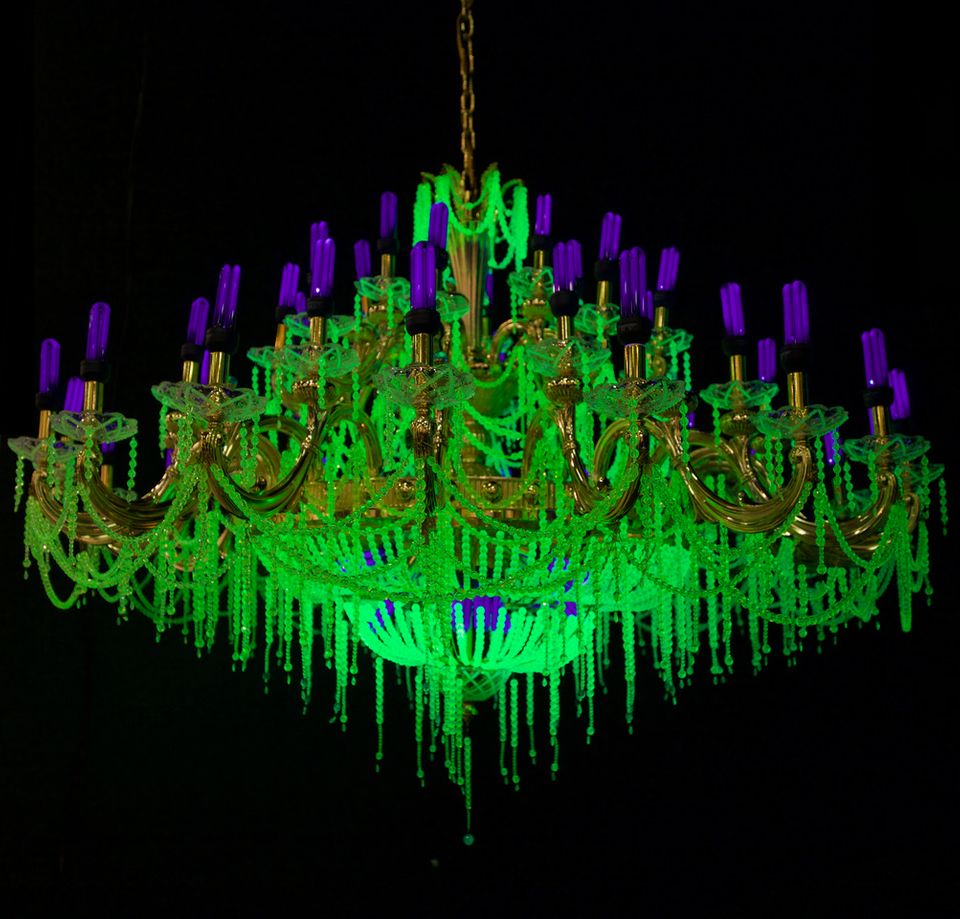 Four sculptures by the Australian duo Ken and Julia Yonetani were banned by Chinese authorities ahead of their planned display in July at the Powerlong Art Museum, which opened last year in suburban Shanghai. As is common practice in China, authorities provided no reason for excluding the works when issuing the permit for the group exhibition. Powerlong declined to comment on the censorship.

The works in question, part of the Crystal Palace (2013) series—inspired by the 2011 nuclear disaster in Fukushima, Japan—are a collection of chandeliers made with uranium glass beads. These glow bright green when illuminated by the UV lights in the chandeliers. Uranium glass is still produced in Europe, the US and Japan as well as in many other countries. It contains very small traces of uranium but the radiation levels are minimal and not considered harmful. Private ownership and usage of nuclear materials is illegal in China.

The Yonetanis were told about the Chinese veto by the curatorial collective Cube Consulting Group in New York, which is organising the Shanghai exhibition. Crystal Palace is the only work to be barred from the show, which includes the work of 40 other artists.

“We have shown this work across the world, in Sydney, Melbourne, the National Gallery of Australia [in Canberra], Singapore, Europe, New York, Honolulu, even Ibaraki—which is right next to Fukushima—without a problem,” the couple says. “We were quite amazed by the Chinese censorship.”

“If [China] had safety concerns, they could have addressed them at any time. Some places, including France, Singapore and Australia, chose to get the work tested by experts and found it to be completely safe for display…[China] could have done this or asked for more documentation,” Julia Yonetani says. However, the Chinese government puts the onus on applicants to reapply, and the museum apparently included no safety documentation with the application.

Mizuma Sueo, of the Mizuma gallery in Singapore, which represents the Yonetanis, says the censorship shows “there is no true freedom of expression in China…I believe the Shanghai municipal government forbade this work from being exhibited because it critiques the Chinese government’s nuclear power generation policies.”

The Yonetanis, who were both born in Tokyo, have made a chandelier for every country that has nuclear-powered electricity plants.

Those that were to be exhibited in Shanghai as part of an exhibition called Wavelength (8 July-8 October) were the ones made for Hungary, Argentina, North Korea and a newly remade version of the chandelier representing China.