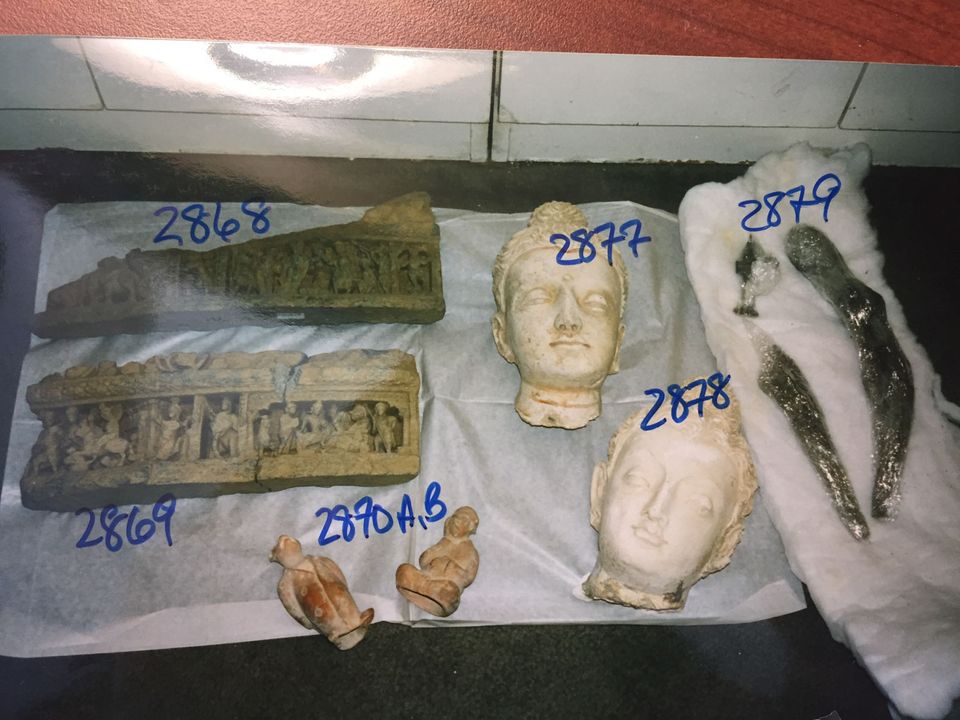 In a criminal complaint filed this week by the Manhattan District Attorney’s office, US authorities have charged the Indian antiquities dealer Subhash Kapoor with 86 criminal counts of grand larceny, possession of stolen property and conspiracy to defraud. The charges stem from a massive smuggling ring that Kapoor allegedly ran through his gallery Art of the Past from 1986 to 2016, that brought thousands of looted artefacts from Afghanistan, Cambodia, India, Pakistan, and other nations, worth more than $145m combined, into the US for sale.

Seven other individuals, including dealers in Hong Kong and Singapore who helped bring the objects into the US, and art restorers in Brooklyn and London who cleaned and repaired the antiquities in preparation for sale, face related charges.

The court filing paints a vivid portrait of the ring’s alleged theft, smuggling and resale strategies, even providing details on how objects were looted in other countries, with an associate negotiating in 1995 with a mujahedeen commander in Afghanistan, then riven by civil war, to assume control of an excavation of antiquities. It depicts Kapoor in 2011 showing off a giant looted Buddha head to a government informant in a Manhattan storage facility and offering to help the informant create a false provenance for it. The evidence attached includes some of these allegedly forged documents, including certificates and letters printed on antique paper. “Kapoor would also loan stolen antiquities to major museums and institutions creating yet another false veneer of legitimacy by its mere presence in otherwise reputable museums and institutions,” the complaint states. It also delves into the digital filing system used at Kapoor’s gallery, collating photographs of looted and chipped antiquities with descriptions of the restoration work executed to make them ready for sale. And it describes how, even after his arrest in Germany in 2011, Kapoor was still allegedly engaged in the conspiracy, directing Art of the Past employees to turn over antiquities to the care of his family members.

While the US Department of Homeland Security Immigration and Customs Enforcement have seized more than 2,600 artefacts from storage locations rented throughout New York, many other valuable antiquities were removed and hidden by Kapoor’s family members and their whereabout remain unknown, according to the complaint. Some of the still-missing works, which include a stunning bronze sculpture of Shiva Nataraja (Lord of the Dance) valued at $5m, a grey schist statue of Garuda Seizing a Nagini, valued at $650,000, and a bronze statue of a Standing Jina valued at $750,000, can be seen in a slideshow compiled by The Art Newspaper.

Kapoor has been held in custody in India awaiting trial since his arrest. Kapoor’s lawyer in New York, Georges Lederman, says he is in the process of reviewing the criminal complaint and is not yet able to comment on the allegations, although he notes that one or more of the charges in the complaint duplicates the crimes Kapoor is being tried in India for, which may impact the outcome of the New York case. Lederman adds that the DA's office intends to extradite Kapoor to the US after his trial in India, and that process could take up to one year. None of Kapoor’s other alleged co-conspirators named in the documents are believed to be in the US, so the Manhattan DA’s office has asked Interpol to issue international warrants for their arrest, according to the Associated Press.

The amateur art sleuth and shipping company executive S. Vijay Kumar says such smuggling networks "have been getting more brazen with the high sums involved these days. First were the days of the diplomatic pouch, later it moved to getting fakes made, procuring export licences and switching the originals during export. Nowadays, with blatant corruption and lack of experts within the system, container-loads go out with just a wrong declaration."