Trump's tariff of 15% on Chinese art that went into effect 1 September also applies to the antiquarian trade, further frustrating dealers and auction houses 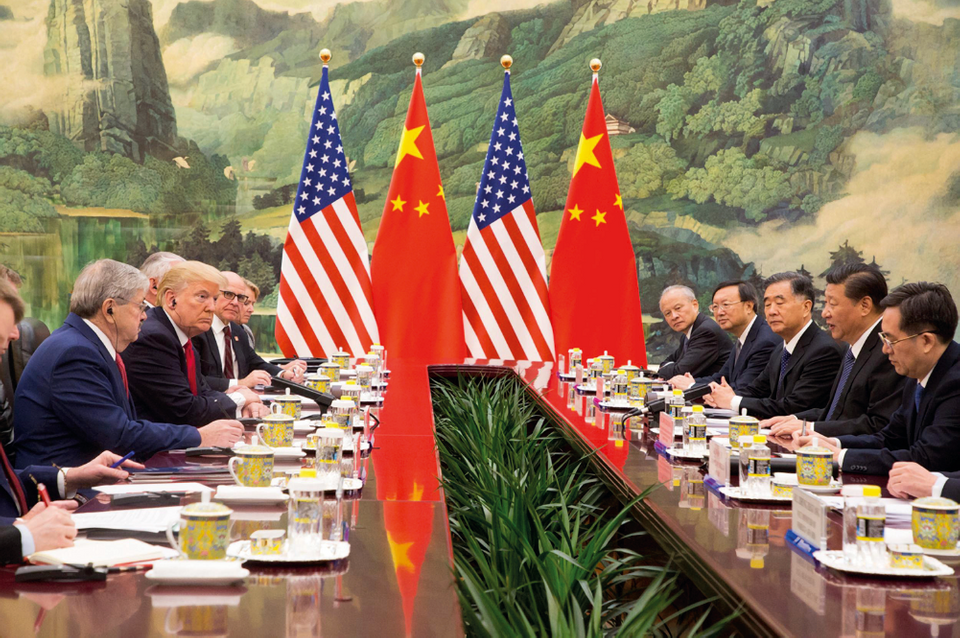 US and Chinese officials are struggling to schedule a meeting this month to continue their already fraught trade talks, but that did not stop a tariff on Chinese art and antiquities from going into effect on 1 September.

The Trump Administration hiked the import duty rate from 10% to 15% on 24 August, shortly before the US workforce absconded for the Labor Day holiday weekend. The news left many dealers and auction houses in the lurch, especially as New York’s autumn Asia Week sales kick off later this week.

Additionally, the revised tariff applies to the antiquarian trade and can be assessed on purchases of books, manuscripts, photographs, maps and other similar ephemera.

According to a statement released by the International League of Antiquarian Booksellers (ILAB) on 30 August, it is unclear how broad in scope the tariff application is to antiquarian goods at this juncture. Photography collections that include just one Chinese photo and any book—regardless of date or value that was published or printed in China, including modern firsts which were printed in China or early missionary imprints—all fall subject to the new 15% rate. Bibles, however, may potentially be exempt.

“It can be surprising and, in view of the tariffs, discouraging, to see just how many recent books were printed in China and are subject to these import duties,” says Stuart Bennett, ILAB’s general secretary, who adds that the organisation is monitoring the “complex” situation closely and will issue updates as more information on what falls under the tariff comes to light. “And of course, antiquarian dealers specialising in Asian materials are going to find trading with the United States much more complex, time-consuming and, inevitably, frustrating.”

The key to understanding the extensive toll the new tariff could take on the art and antiquities trade as a whole is that it applies to any work of art, artefact, antique and antiquarian good of Chinese origin bought anywhere in the world and brought into the US.

“The tariff represents a dramatic shift from a longstanding policy of encouraging the trade and exchange of culture through art and historical artefacts from an array of countries,” says Diana Wierbicki, the global head of Withers’s art law practice, adding that the long-term effects will be wide-ranging. “To remain competitive, small to mid-size art dealers of China-origin artworks will have to lower their prices to remain competitive. This could lead to fewer Chinese contemporary artists being represented by US galleries and fewer China-origin art and antiques being imported into the US by collectors and cultural institutions.”

According to data from the US International Trade Commission, imports of antiques originating from China totalled $107.2m in 2017, while paintings, drawings, pastels and other original works of art totalled $114.5m.

Indeed, art dealers have already been feeling the tariff throttle even before the new rate went into effect. The New York-based dealer James Lally, who specialises in Chinese art and antiquities, says the US import tariff will act as a tax on all US collectors, curators and dealers. Lally has lobbied against the inclusion of these items on the tariff list since they were proposed last year. In a statement sent after the initial 10% rate was applied in August, he says: “I regret to have to say the logic of our arguments has been overwhelmed by politics.”

Lally further surmises that an increased tariff will cause US residents to be “more selective and less active on the international market” while adding “complications and costs for any dealer outside the US interested in participating in a US art fair or auction”.

For large international businesses like auction houses, Wierbicki cautions that the tariff may force them to move their Asian art sales outside of the US entirely to attract more international sellers to consign their works “because it will likely make more economic sense”.

In New York, the major auction houses are preparing for their autumn Asia Week sales beginning 3 September. A spokesman from Sotheby’s says that, while the firm is still “assessing the full impact of these tariffs”, the immediate upcoming sales are not affected as all of the property that could have been charged entered the US for sale preparation before the 15% duty went into effect. Additionally, the spokesperson notes that there are no tariffs upon export of such goods at this time.

However, a tax of 10% on American works of art (including paintings, sculpture and antiques) entering mainland China proposed by Beijing officials is currently due to take effect on 15 December.

A Christie’s spokeswoman says: “If the US tariffs and proposed China tariffs on works of art remain in effect beyond the current calendar year, Christie’s expects a portion of consignments may necessarily shift to other sale regions globally. Increased tariffs on works of art and antiques are not likely to be an effective means of balancing the broader trade deficit but may have a long-term impact on collectors, cultural institutions and the art trade generally.”

The Big Review: Félix Fénéon at the Museum of Modern Art

The Big Review: Félix Fénéon at the Museum of Modern Art