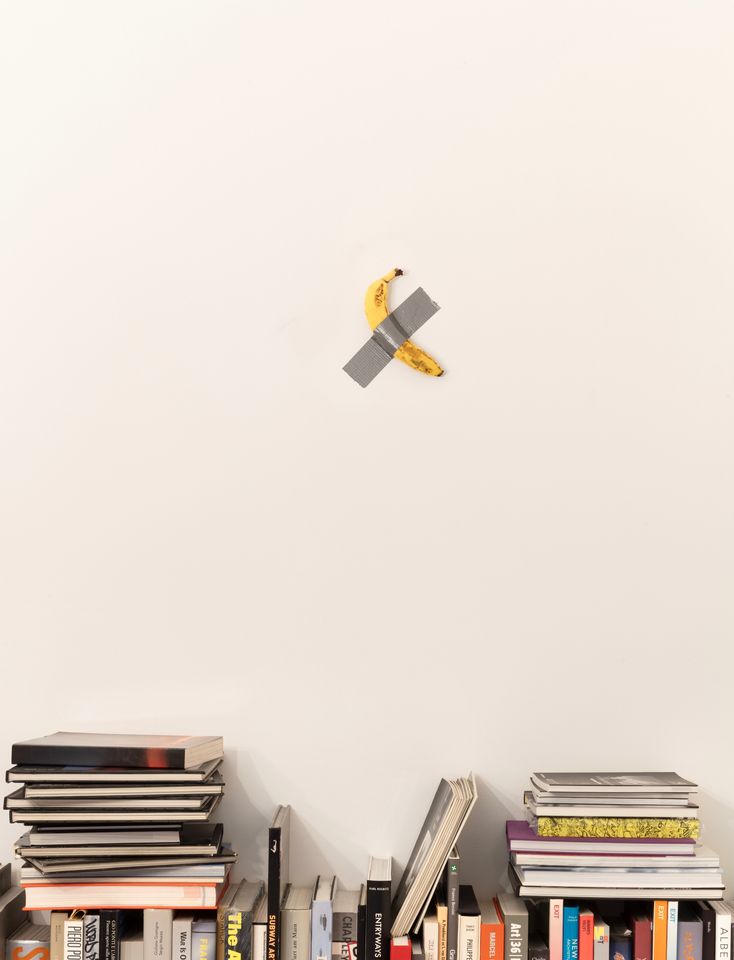 Maurizio Cattelan’s banana sculpture unveiled at Art Basel Miami Beach last week will end up in a museum after one of the buyers pledged to donate an edition of the fruit piece to an institution. The Art Newspaper understands that the buyers will make a long-term loan that will eventually become an acquisition.

Dealer Emmanuel Perrotin, who showed the work, entitled Comedian, says: “Sarah Andelman [founder of the Paris store, Colette] bought number one and for number two, the client wants to remain anonymous. For the third edition, the name [of the buyer] will be revealed when they donate the work to a museum. We were in a position to sell many more editions, but we didn’t sell the two artist proofs.”

The work has a certificate of authenticity that includes exact instructions for installation, confirming that the work is by Cattelan. “Without a certificate, a conceptual art work is nothing more than its material representation,” the gallery says.

Andelman says that she bought the work for the office of her company Just an Idea. "I don’t think I’ll show it all the time, but I might frame the certificate," she says. "And of course I’ll be more than happy to 'lend' it to museums."

The found object assemblage, priced at $120,000, garnered mass media coverage, drew huge crowds at the fair and prompted a flood of parody works. The banana sculpture “offers insight [into] how we assign worth and what kind of objects we value”, according to a statement from Perrotin gallery.

On 7 December, David Datuna, who describes himself as a performance artist, removed the fruit and ate it (he was later escorted out of the fair). Another banana was installed but the work was removed from display on the final day of Art Basel Miami Beach. “The installation caused several uncontrollable crowd movements and the placement of the work on our booth compromised the safety of the art works around us, including that of our neighbours,” according to the gallery.

UPDATE (10 December): In a statement, Miami collectors William and Beatrice Cox say: "We are Billy and Beatrice Cox, Miami-based art lovers who are the proud owners of one of three editions of Maurizio Cattelan’s Comedian. We have been collecting art for more than 20 years. Our intention is to loan the controversial work to a major art institution in order to attract new generations to the museum. We pledge to gift Comedian at a later date."