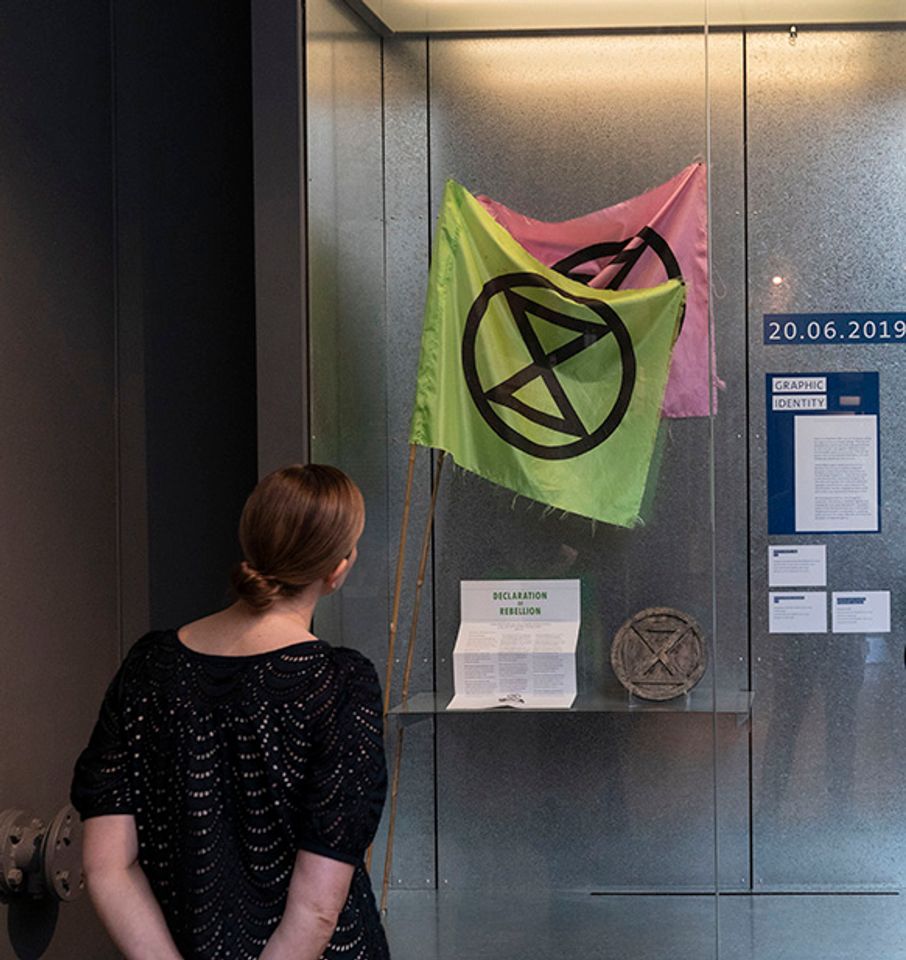 Flags and printed pamphlets produced by Extinction Rebellion, the climate change activist organisation whose demonstrations brought London to a standstill earlier this year, have gone on show at the Victoria and Albert Museum (V&A) today. Digital files containing the organisation’s distinctive Extinction Symbol logo, designed by the London artist ESP in 2011, are also on display.

The objects were acquired for the museum's Rapid Response Collecting gallery, which brings together artefacts that "reflect the concerns of contemporary society". Other objects in the collection include a “Pussyhat” worn at the Women’s March in Washington, DC, an e-cigarette and a digital file of the mosquito emoji, which was created to raise awareness of the insect's role in spreading disease.

The group, which was founded in October 2018, has organised a series of large-scale demonstrations to urge the UK government to declare a state of climate emergency and drastically reduce greenhouse gas emissions by 2025.

In April 2019, Extinction Rebellion held an 11-day protest, occupying several sites around Central London in a co-ordinated series of non-violent acts of civil disobedience. Around 1,000 activists were arrested by police, the first 29 of whom appeared in UK court last week.

Design has been "key" to Extinction Rebellion’s demands for urgent action on climate change, says Corinna Gardner, the senior curator of the Design and Digital departments at the V&A. "The strong graphic impact of the Extinction Symbol alongside a clear set of design principles have ensured that their acts of rebellion are immediately recognisable," Gardner says.

The V&A has also acquired a children’s high-visibility jacket worn during one of Extinction Rebellion's protests, to be displayed in the V&A Museum of Childhood in East London from 9 August. 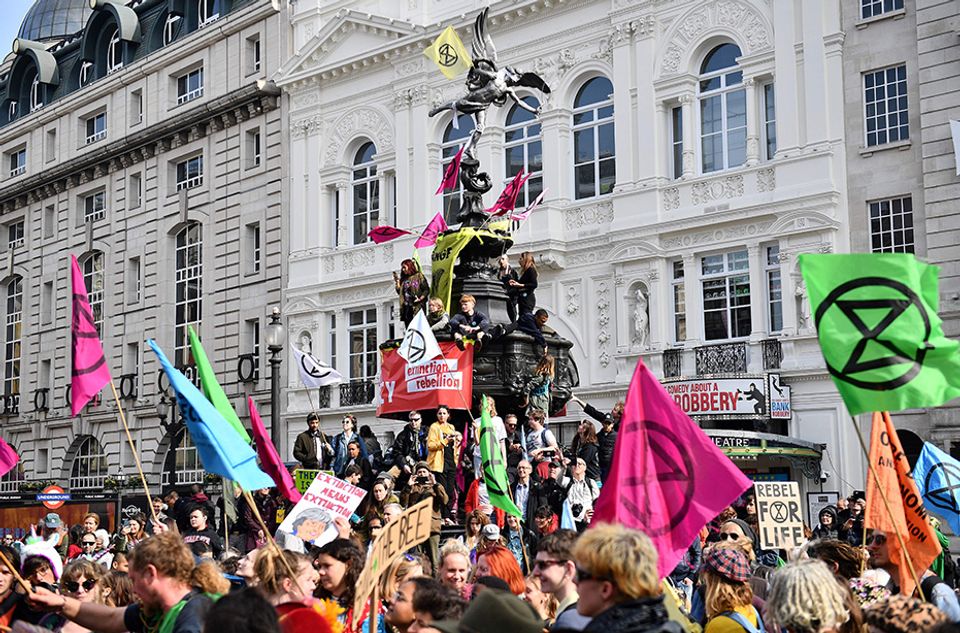 In a statement, Clive Russell, a member of the Extinction Rebellion Arts Group, said that he is "pleased [the group's] work is included in a collection that also contains works by William Morris and other design activists from the past." He also called on "all artists and designers to think beyond the bullying constraints of commercial drudgery and join us in rebellion.”

Though the V&A is not among the numerous UK cultural institutions to have declared a state of climate emergency, it says that it is "committed to highlighting the implications of climate change through a dedicated programme of exhibitions, partnerships, and public campaigns, while continuing to reduce the environmental impact of all V&A sites."