Controversial items relating to the artist's life were scrapped from original design over fears they could be linked to drug, knife and gun crime 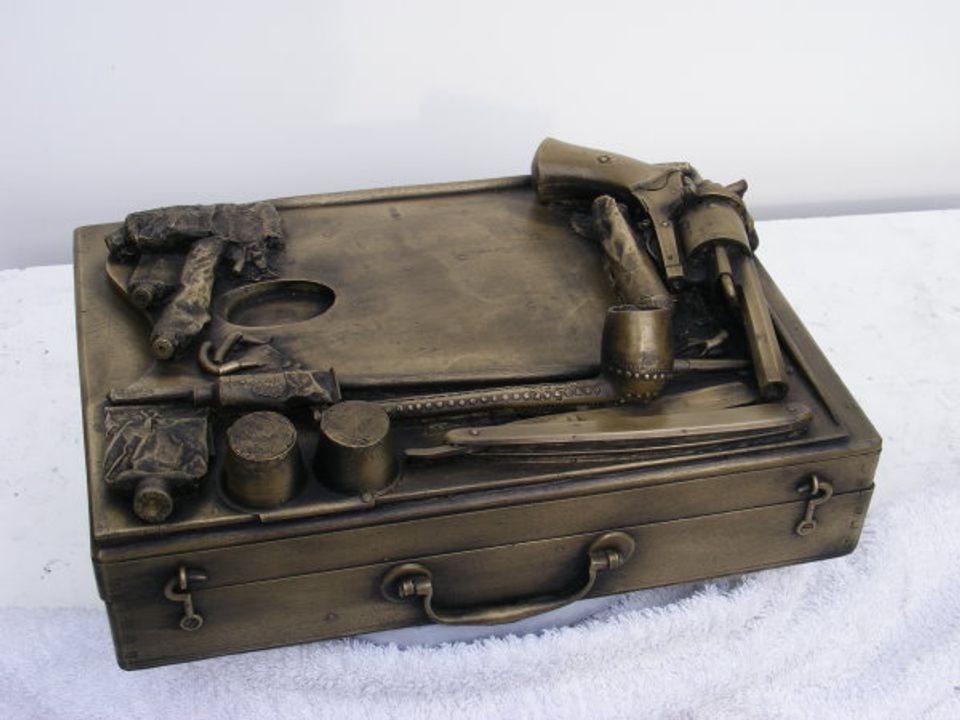 A model of the original design for Anthony Padgett's Van Gogh sculpture in Brixton, London Courtesy of the artist

A statue of Van Gogh in Brixton had to be modified, in order to avoid any perceived links with crime in south London. The original sculpture was to have been mounted on a base which included a still life with objects relating to the artist’s life.

Along with tubes of paint, they included Van Gogh’s trusty pipe (which is depicted on the chair of his painting in the National Gallery), a cut throat razor (of the type which the artist used to mutilate his ear) and a revolver (similar to the one with which he shot himself). These objects, including the paint tubes, highlight the mixing of creativity and destruction.

Anthony Padgett, a Lancashire artist, has recently made the sculptured head on a still life base for many of the places where the artist worked—in Britain (Ramsgate and Isleworth), Belgium (Borinage), the Netherlands (Nuenen) and France (Arles). But in Brixton the objects on the base were regarded as more problematic. 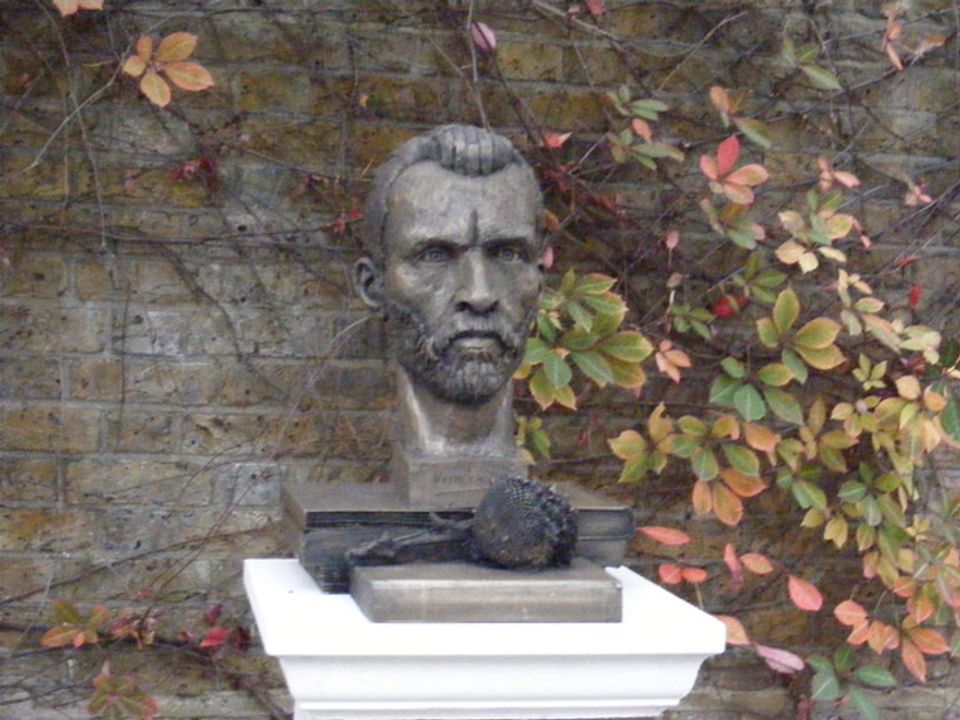 Padgett informally discussed the still life with local officials and whether the pipe, razor and gun might be associated with “drug, knife and gun crime”. He was never told that planning permission would be refused if the objects were included, but was gently advised it would be easier if they were not. Padgett, who appreciated these concerns, agreed to drop this part of the still life. Lambeth council subsequently gave planning permission for the statue for at least 15 years.

“The Hackford Road area is lovely, but the pipe, razor and gun could nevertheless be seen as a concern in a city where there is a high incidence of these crimes”, Padgett says. He adds: “Concerns over these objects show the power they still have and help convey the reality of the suffering that Van Gogh endured”.