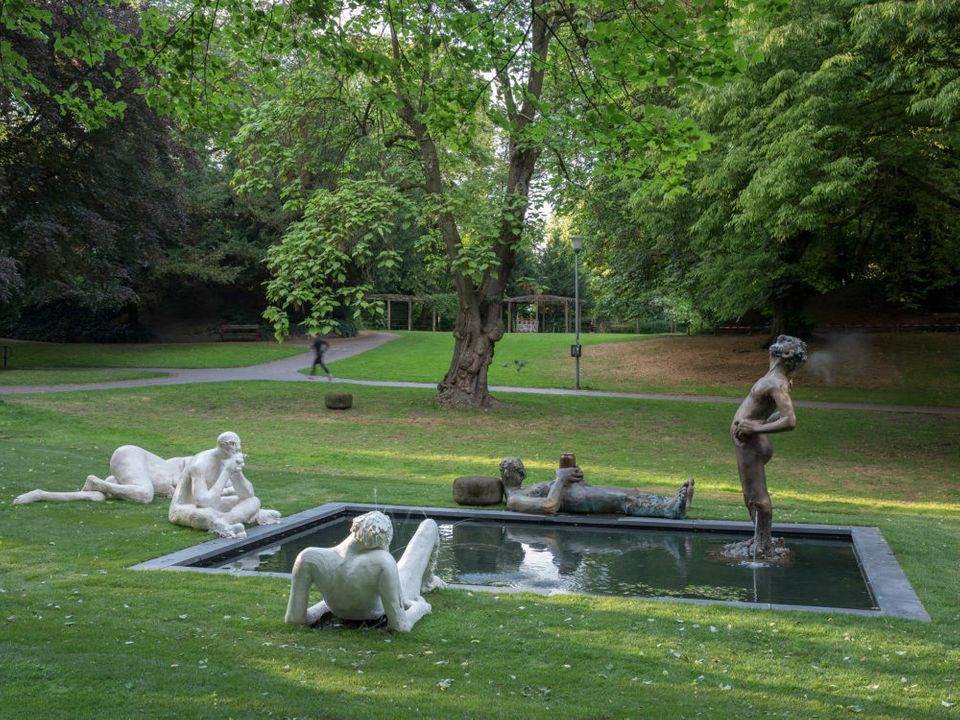 A sculpture ensemble showing five figures of ambiguous gender around a shallow basin on display at Sculpture Projects Münster was attacked and sprayed with a swastika in the night of 22 to 23 September. The vandals also attacked a nearby statue devoted to the feminist 18th-century poet Annette von Droste-Hülshoff.

Nicole Eisenman’s Sketch for a Fountain, exhibited in a public park in Münster, had already been vandalised once in July. The organisers of Sculpture Projects Münster say they view the latest crime “as an attack against the values of the work, which shows a concept of ambiguity and non-normative body politics.”

“Both artworks were exposed to a fascist form of violence,” the organisers say. “We express our solidarity with people of any colour or sexual identity and strongly condemn the murderous propaganda of all right-wing parties.”

The swastika attack came hours before Germany elected a far-right populist party to parliament for the first time since the Second World War. In the 24 September election, the anti-immigration Alternative for Germany won 12.6% of the vote, becoming the third-largest party in the Bundestag, or lower house of parliament.

Sculpture Projects Münster, an exhibition which takes place every ten years, has fallen victim to several crimes this year. In July, thieves broke into the university building in Münster to steal technical equipment that was part of a work by the Japanese artist Koki Tanaka on display at the city’s Sculpture Projects. A part of Ei Arakawa’s sculpture Harsh Citation, Harsh Pastoral, Harsh Münster was stolen on 17 June.