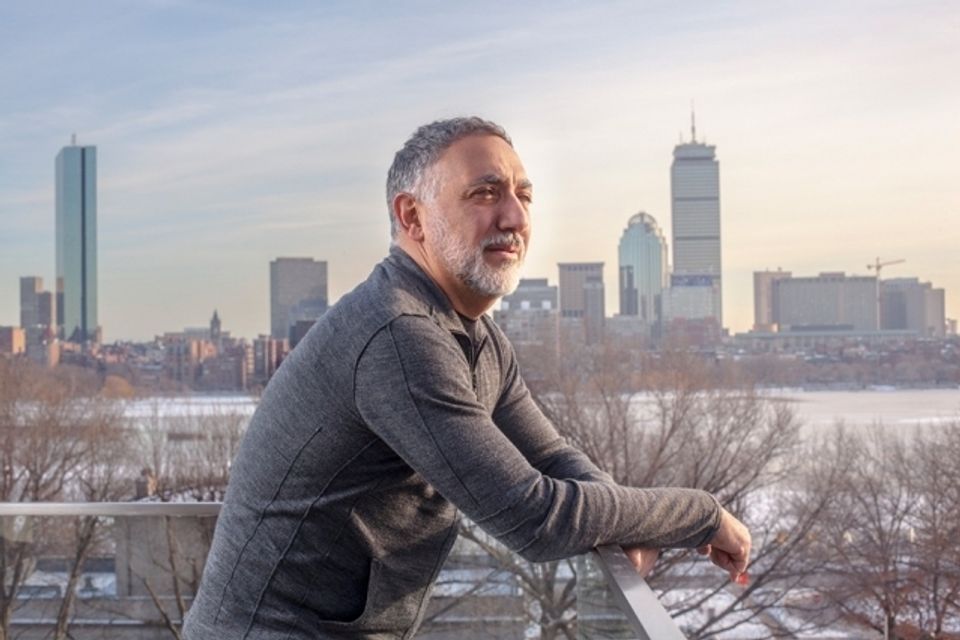 Environmental sustainability, social housing, a virtuous relationship with the surrounding territory, and the defence of the rights of the marginalised: these are the themes that emerge from How will we live together?, the Venice Architecture Biennale, now open, albeit a year late due to the pandemic.

But the plague year has not in vain, because has it focused and made even more urgent the issues that its curator, Hashim Sarkis, an architect and university teacher of Lebanese origin, had singled out. "If politics can't answer this question, try architecture," he said about why he chose this title. And there are some convincing answers in his biennial. The form chosen to exhibit them is not the traditional one of models and architectural drawings, but the more spectacular and disruptive one of installations, making his architecture biennale closer to that of the visual arts. In fact, Sarkis does not believe in the segregation of the arts. "I chose installation as the expressive form of this exhibition”, he said at the opening, “because I want to bring the public closer to the materiality of architecture, in a spectacular way, if necessary". 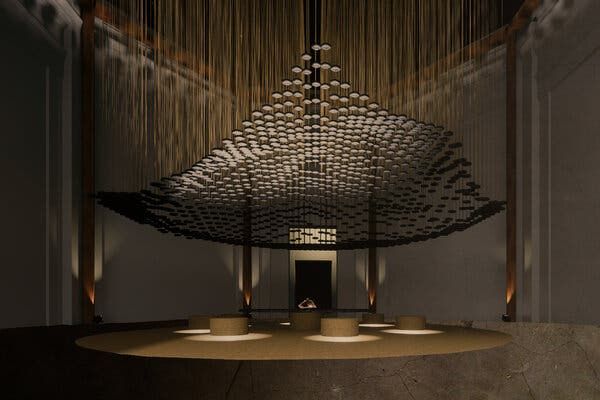 A rendering of “Obsidian Rain,” by the Kenyan architects Cave_Bureau for the Venice Architecture Biennale © Cave_Bureau

The two large installations in the first rooms of the Padiglione Centrale of the Giardini and the Arsenale Corderie are enough to show what he means. In the first, under the Art Nouveau cupola, there is an installation by the Kenyan artists Kabage Karanja and Stella Mugeti, who form the architectural firm Cave_Bureau. Made from black obsidian stones hung by hemp rope, it resembles a floating ceiling and symbolises part of the Mbai cave in Kenya, inhabited in the mid-twentieth century by anti-colonial fighters.

The opening installation of the Corderie exhibition is also African, with another complex installation, Alasiri (keeper of secrets), consisting of 40 doors and 13 human figures, created by the Nigerian artist Peju Alatise. These represent the diversity of identities and the barriers that often stand between them.

The biennale is structured in five thematic stages—three in the Arsenale and two in the Padiglione Centrale—that address topics such as human connections between digital and real space, the search for more dignified living space, and the fate of emerging communities in need of social and therefore also architectural equity. But the theme that continually re-emerges is that of the fate of the planet at a time of climate crisis and Covid-19, and the global action necessary to live together harmoniously in this time of transformation.

It is art of various sorts that often becomes the means to express these emergencies. Thus, the collective project in the Central Pavilion by the Antarctic Resolution group, which includes Giulia Foscari, Francesco Bandarin and Carlo Barbante, analyses the state of the white continent, with a sound installation by Arcangelo Sassolino that makes us listen to the sound of glaciers splitting due to global warming.

The Argentinian artist Tomàs Saraceno has produced a video of the project by the Argentine collective Areocene Backpack, which is a portable kit made with recycled plastic balloons and bottles that can fly by solar energy. The large outdoor installation in the Arsenale of wooden and steel poles by the Chilean studio Elemental, led by Alejandro Aravena—himself a former director of Venice Architecture Biennale—is also somewhere between art and architecture and proposes a design for a meeting space. 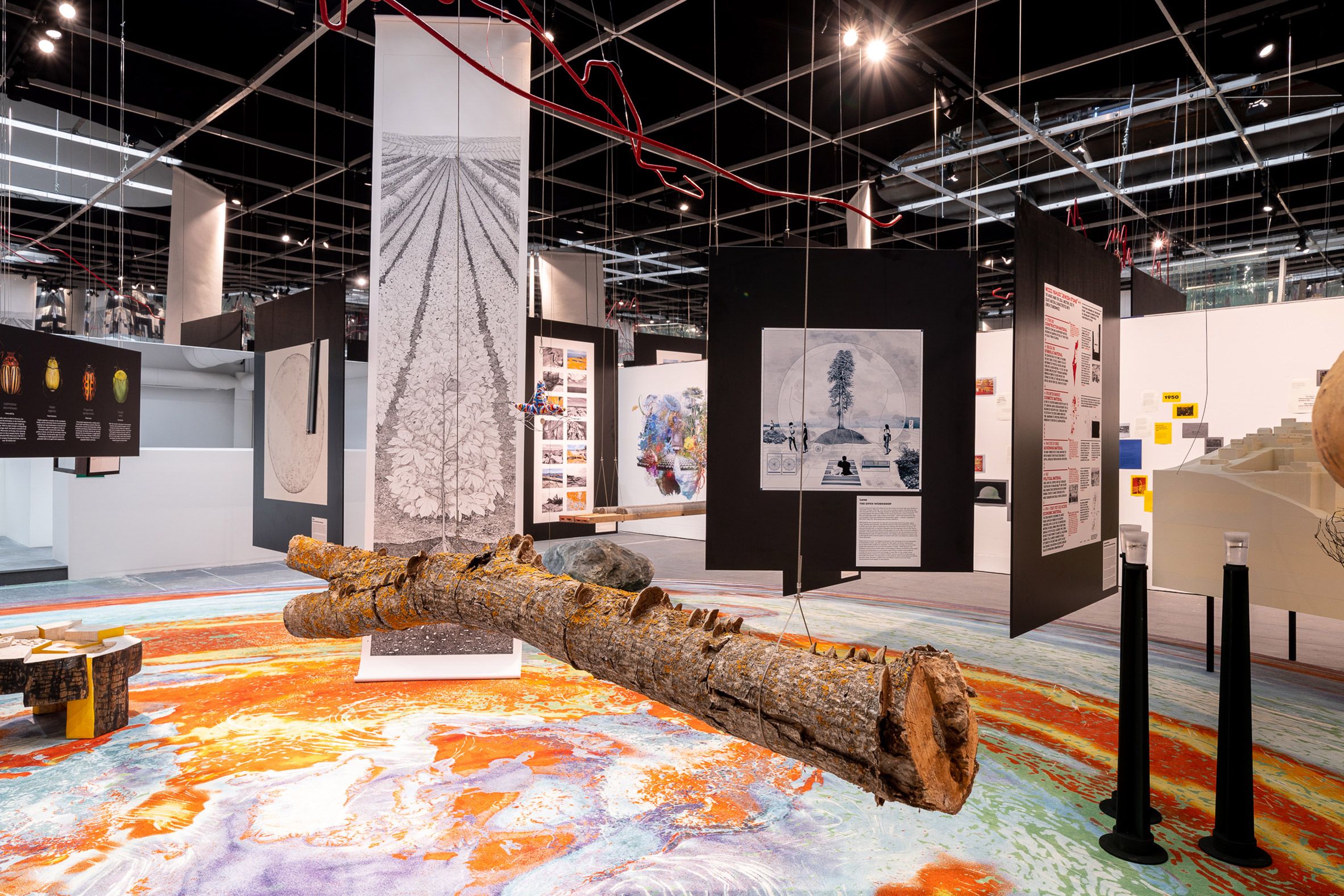 The large and colourful installation-cum-collective exhibition by Studio Other Spaces entitled Future Assembly includes among its six designers and 50 other collaborators the artist Olafur Eliasson, world famous for his ecological works.

The large installation-sculpture in the Corderie of the Arsenale made of suspended plastic bottles full of coloured water is an invitation by the artists Patti Anahory and Cesar Schofield Cardoso to reflect on the relationship between tourist consumerism and the ecological paradise that is their home, the Cape Verde archipelago, while the Platform for Humans and Birds by Studio Ossidiana, also in the Arsenale, is a kind of sculpture made up of fields, towers and perches that is about the relationship between the species.

Of course, Venice could not be missing from a biennale that reflects on the environment. In the subsection Coming Together in Venice, also in the Arsenale, the future of the city is imagined in view of the challenges posed by the rising sea level, the pandemic and demographic change. The precarious fragility of the city is suggested by a large, tiled floor in the characteristic fish shape that you see in birds-eye images of Venice, which yields under your feet as you walk on it.

The national pavilions—61 responded to the call—are largely in tune with the themes of Sarkis's biennale, often choosing an artistic expression of their ideas. Spain, for example, welcomes the visitor with an aerial installation made of suspended sheets of paper that are nothing less than real CVs of job seekers.

France focuses on communities active in urban and architectural transformations, from France itself to South Africa, from Vietnam to the United States, and outside the pavilion, a large reproduction of Giandomenico Tiepolo's Mondo Nuovo (around 1765) with its crowd of 18th-century Venetians clustered around what is probably a panopticon, parallels the image of one of the urban communities presented inside.

The British pavilion is inspired by Hieronymus Bosch's Garden of Earthly Delights (1503-1515), with a series of immersive spaces that invite us to think about urban and architectural spaces threatened by privatisation, such as pubs and common land.

Resilient communities is the title of the Italian pavilion, which is also about environmental sustainability, starting with the reuse of the structures and materials from the 2019 Biennale of Visual Arts. A degree of visual chaos does not cancel out the interest of Plasticity, a large, white, 3D sculpture by Niccolo Casa, which combines geometric and organic shapes created with a material made from recycled plastic waste. 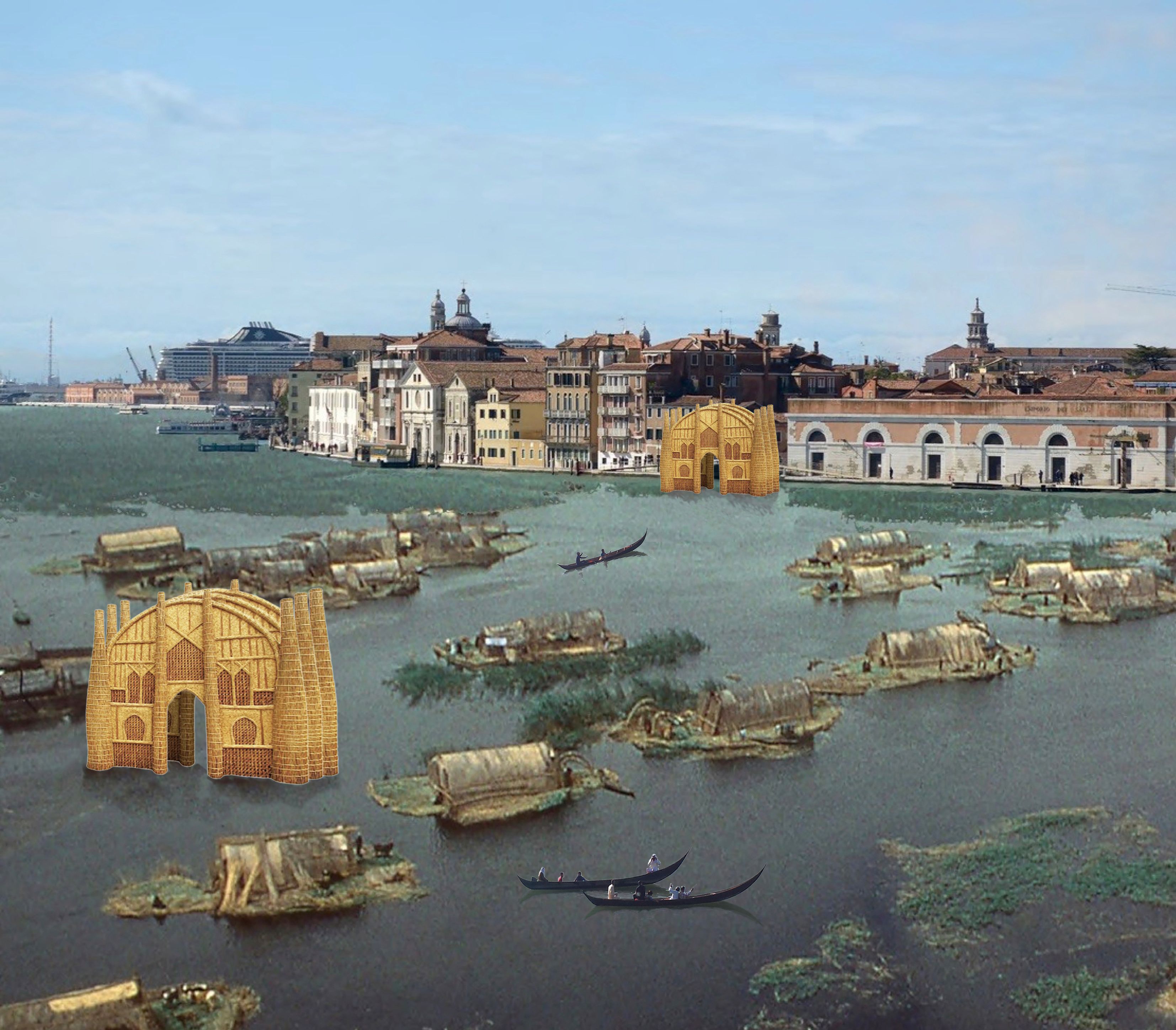 Mesopotamia in Venice: the Iraq pavilion draws parallels between the Marsh Arabs and Venice with its lagoon

Among the countries present for the first time at the Biennale, Iraq returns to its origins with The Ark Reimagined, redesigning the arcua, the boat of ancient Mesopotamia used to navigate between the Tigris and the Euphrates, as a tensile structure composed of modular units copied from boats of the late Neolithic period. But its curator, Rashad Salim, has also wanted to make the connection between the Marsh Arabs and their unique and imperilled amphibious existence, and Venice with its lagoon, its boat culture and its all-important marshlands.

Uzbekistan, with a strong pictorial as well as architectural taste, reconstructs the typical urban neighbourhood of the "mahalla", a rural space incorporated into an urban context that unfortunately is fast disappearing, as is happening with the traditional narrow Chinese streets, the hutongs.

This is just a taste of a very lively biennale that is spread out over the whole of Venice with its numerous national “pavilions” and collateral exhibitions, and after the long abstinence imposed by the pandemic, it offers us a different way of designing our future.